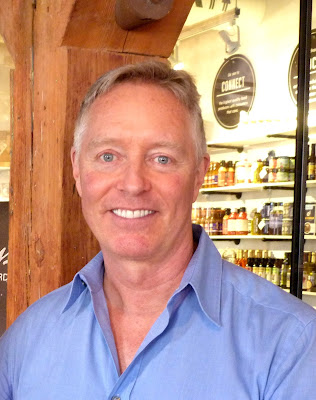 David Goudge, the owner of Sea Star Vineyard on Pender Island, is going through – in Yogi Berra’s immortal phrase – déjà vu all over again.

He has just acquired Saturna Island Vineyards. No wines have been bottled there since the 2012 vintage. Since the last winemaker there was injured on the job in later summer, the vineyard has fallen into disarray. The unpruned vines are so tangled that a tractor cannot be driven between most rows. Only a block of Pinot Noir in the 38-acre vineyard is healthy enough to be picked this fall.

“The goal this year is to reap what we can from one healthy existing variety,” David says. “The rest of the vines are suffering from neglect. They have powdery mildew; they have drought issues; they are stressed for sure. I don’t think they have been running the irrigation system at all. I am about to find out whether things are broken.”

He has been through this before.

“It is exactly like when I bought Morning Bay,” he says. “The vineyard was a mess. There were deer roaming at their free will, whenever they wanted to.

He is referring to Morning Bay Vineyard & Estate Winery, a Pender Island winery that opened in 2005 but was in considerable commercial difficulty when David bought it in 2012. Two years later, Sea Star Vineyards was launched after Ian Baker (right), David’s viticulturist and winemaker had resuscitated the vineyard.

“When I started in the business, everybody told me that Pender Island grapes never ripen and you are not going to be successful,” David says. “We have proved that is completely false. I would say arguably that our wines are the most sought-after on the coast right now. Now I am heading over to Saturna and we are going to do the same thing.”

A need f0r more grapes has driven this acquisition. Sea Star is producing roughly 3,000 cases of wine a year with fruit from 12 acres of vineyard on Pender.

“I have done some numbers on the amount of wine orders I have declined,” David says. “I know that we could triple our volume. I know I could sell 9,000 cases because I have been asked for it. Our only problem is production.” 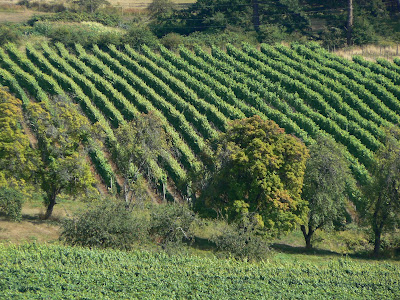 When the Saturna Island vineyard (above) is restored, David will have quadrupled the quantity of grapes available to his operations. He plans to resume winemaking on Saturna Island, where the winery has a well-built 10,000 square-foot production facility and warehouse. There is not much room to increase production at the Sea Star winery.

The Pinot Noir that David intends to pick this year will allow Sea Star to increase production of its very popular Blanc de Noir rosé. The other varieties in the Saturna vineyard are expected to support, among other products, a sparkling wine.

Saturna Island Vineyards, which was owned by Vancouver securities lawyer Larry Page, has a history that is both rich and tangled. Here is an excerpt from my 2009 book, The Wineries of British Columbia.

With four vineyards totalling 24 hectares (60 acres) on Saturna Island, this is the largest single planting of grapes on any of British Columbia’s Gulf Islands. The project took roots during a jolly lunch in 1995 at La Gavroche, one of winery owner ’s favourite Vancouver restaurants [now closed]. A veteran securities lawyer, Larry had partnered with a group to develop ocean-view housing in Saturna, including a lot where he built home for his family. After the lot plan was drawn up, there remained 31.5 hectares (78 acres) of dormant farmland on a sunny slope behind the lots. Jean-Luc Bertrand, who then owned La Gavroche, convinced Larry to plant vines and moved there to develop Rebecca’s Vineyard, the first of four planted between 1995 and 2000. Sadly, Jean-Luc died in 1997. Okanagan winemaker Eric von Krosigk completed the plantings and for a number of years made the wine.

Initially, Larry also owned a lodge on Saturna but, after selling it, he opened a winery bistro and added a permanent dock for the passing boaters. Within a few years, the bistro was serving as many as 100 lunches a day in the peak summer season. And Larry began planning a new lodge on the vineyard, another measure to generate sales for a winery that is hard to get to if you are not a boater.

Saturna Island’s rich history adds colour to this winery. The island was named in 1791 after the seven-gun Spanish schooner Saturnina, one of the Spanish ships exploring the British Columbia coast. Saturna is among the least-populated of the Gulf Islands (about 300 residents). When Larry bought the farm that has become the vineyard, he discovered that the issue of the farm’s beach access had triggered considerable litigation. The individual who purchased the farm in 1936 turned it over a decade later to his daughter and son. The property was divided after the two had a falling out, with Robert Thomson, the son, settling in a beachfront cottage and leasing his farm acreage to his sister and her husband. He agreed to let them use a road across his land when they needed to send their sheep to market or to bring in materials.

Some of those sheep were destined for the renowned Saturna Beach Lamb Barbecue which became an annual tradition after the first one in 1950. When Thomson decided to sell his property, including the leased acreage, in 1987, he said there would be no more beach barbecues. His sister, Jean Campbell, went to British Columbia Supreme Court, demanding beach access along the road, called Quarry Trail. She won there, and again at the Appeal Court, but she could not persuade her brother to sell her the farm. In 1990, he sold it to Larry - who allowed the annual lamb barbecue to resume.

The south-facing vineyards back against a soaring granite cliff that stores the heat of the day, releasing it to the vineyard during the cool evenings. Rebecca’s Vineyard, named for Larry’s daughter, grows Gewürztraminer, Pinot Gris, Pinot Noir and Merlot.  Robyn’s Vineyard, named for Larry’s wife, was planted in 1996 with Pinot Noir, Chardonnay and Pinot Meunier. In 1998 and 1999, the five-hectare (12-acre) Longfield Vineyard was planted exclusively to Pinot Gris on a plot that had been called the long field in its previous farming history. The final block that was planted, beginning in 2000, has been called Falconridge because of the abundant population of falcons on the cliff above. A few more hectares remain to be planted, likely with Gewürztraminer.

In the winery’s first five years, Saturna purchased Okanagan grapes until its nascent vineyard began to produce. When the winery began selling wine in 1998, it had 4,400 cases, all from Okanagan grapes. The winery stopped importing Okanagan grapes in 2003 and relied on its own vineyards. Larry believes that the winery, which was established in 2001, can produce between 10,000 and 12,000 cases a year from its grapes. That is in an optimal vintage. In 2007, cool temperatures and rain at the wrong time resulted in small yields and a production of only 2,700 cases.  After getting advice from Richard Cleave, the Okanagan’s leading vineyard consultant, Larry was able to improve the yields in 2008.

That was also the year when Larry, now very busy in his mining finance practise, listed the winery, vineyards and house for sale at $15 million. “I don’t think anything will come of it,” he admitted at the time. He was really sounding out the market in search of an investor to partner with him in completing the winery’s potential as one of the best wine destinations in the Gulf Islands.

The winery property has been on and off the market several times since that was written. There have also been several unsuccessful schemes to attract partners to refinance the winery. David had looked at the property several times in recent years but did not make an offer until the asking price had dropped to $3 million.

Sea Star Vineyard and Saturna Island Vineyard are across the strait from each other, within easy water taxi range. There is no dock at Sea Star but David has a dock at his Pender Island residence while the Saturna winery already has a dock.

The lamb barbecues never resumed at the winery but were moved to another location on Saturna Island.  As it happens, David pastures a small flock of sheep in the Sea Star vineyard – after harvest. “They didn’t get the memo about not eating grapes,” he says.
Posted by JohnSchreiner at Goodgrog at 11:18 AM

John: My good neighbour David is a stellar improvement over the previous owner. You'll recall my rant about his misdoings.