Corcelettes: tasting room with a view 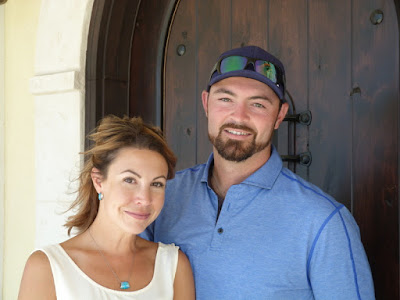 In a recent people’s choice competition, Corcelettes Estate Winery was named the Similkameen winery with the best view.

And that award was made before this winery opened its new tasting room. Perched high on a mountainside, this new wine shop has views that take in panoramic views looking south over the Similkameen Valley. The previous tasting area had a similar view but was somewhat lower in elevation.

For wine touring, views are important. At the very least, it makes the wines taste better – not that the Corcelettes wines need any help to taste good.

How high is the tasting room? The previous owners had a helicopter landing pad on that level. Corcelettes recently planted 400 Syrah vines there at an elevation of 1,510 feet (460 meters). It is believed to be the highest vineyard in the Similkameen Valley. 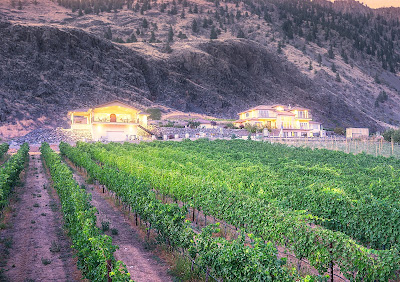 The original Corcelettes winery was opened in 2013 on a three-acre vineyard near Cawston by Urs and Barbara Baessler and their winemaker son, Charlie. The view was not memorable and the vineyard was planted just to white varieties.

The winery moved in 2015 after the Baessler family bought the former Herder Winery. The Herder winery was opened in 2004 by the late Lawrence Herder, initially also on a site near Cawston. Three years later, Herder moved to an imposing three-storey residence with space for a winery in the basement. The owners turned a living room on the second floor into a tasting room with a view over the valley. The Herder winery closed in 2013 but, when Corcelettes took over, that tasting room operated again briefly.

Charlie and Jesce, his wife, took over the top two floors of the house after the birth of twins. The tasting room was moved down to the winery level, which has become increasingly crammed as production increased at Corcelettes to 3,000 cases a year.

The new tasting room, which opened in late August, allows Corcelettes to greet winery visitors away from the production area. It also includes offices for Jesce, who looks after the winery’s marketing.

Charlie’s career in wine began at the Herder property in 2008. Born in 1985, he had just completed a science degree in 2007. While he was deciding what to do next, he began working for Herder, first in the vineyard and then in the cellar. When he finished the 2008 crush, he moved to Burrowing Owl Vineyards. He stayed there until his family began developing Corcelettes.

During the early years at Corcelettes, Charlie also worked at the Clos du Soleil winery, which was being just down the slope from Herder. “I have always had my eye on this place since I worked here,” Charlie says of the Herder property.

The Herder vineyard, now more than 15 acres, has given Charlie access to red varieties and to Chardonnay. The winery also purchases grapes from several other Similkameen vineyards, allowing it to offer a full portfolio.

A note on names. The elder Baesslers are Switzerland where they had a farm named Corcelettes. Menhir, the winery’s Cabernet Syrah blend, takes its name from stone monoliths found in Europe.

Corcelettes Gewürztraminer 2016 ($17.90). This wine begins with aromas of spice – a touch of ginger – and lychee, leading to flavours of lychee and pineapple. The hint of residual sugar is well balanced with acidity, give the wine a lingering and refreshing finish. 91.

Corcelettes Oråcle 2016 ($19.90). This is made with Zweigelt, a variety that Charlie has been getting for several vintages from LadyHawke Vineyard near Keremeos. It only took four hours of skin contact with half the grapes to achieve a festive pink hue. The wine has aromas and flavours of wild strawberry with a note of cranberry on the refreshing and dry finish. 90. 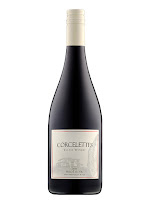 Corcelettes Pinot Noir 2016 ($24.90). The wine was aged eight months in French oak. It is worth noting that the barrels are convection dried, not toasted, so that oak does not overwhelm the bright, juicy cherry and strawberry aromas and flavours. The texture is silky. 90.

Corcelettes Syrah 2015 ($29.90). This is a classic Syrah, with aromas of figs, deli meats and pepper that are echoed in the flavours. There also are flavours of plum and black cherry. The texture is full and the finish is punctuated with a dash of pepper. 90.

Corcelettes Merlot 2015 ($26.90). This wine will be released in October. The aromas are powerful, beginning with notes of blueberry and black currant jam. The texture is rich and concentrated, with flavours of black currant, black cherry and plum. 92.

Corcelettes Menhir 2015 ($31.90). This is a blend of 60% Cabernet Sauvignon and 40% Syrah, fermented and aged 16 months in oak puncheons. It is a round and generous wine, with sweet fruit aromas and flavours of black cherry, cassis and mocha. 93.

Corcelettes Meritage 2015 ($34.90). This is 60% Merlot, 25% Cabernet Franc, 10% Cabernet Sauvignon, 3% Malbec and 2% Petit Verdot. The wine was aged 16 months in a combination of French and American barrels and vats. It begins with aromas of cassis and vanilla, leading to flavours of black currant, black cherry, tobacco and dark chocolate, with a spicy note to the lingering finish. 92.

Posted by JohnSchreiner at Goodgrog at 8:44 AM