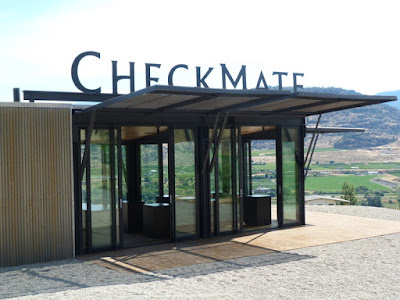 CheckMate Artisanal Winery is about unveil its second release of Merlots, four red wines from the superb 2014 vintage.

The big change from last year, when the winery released its debut 2013 Merlots, is that visitors to the Okanagan can sample the hard-to-get wines in a tasting room opened this summer at the winery.

The original concept for CheckMate did not include a public wine shop. It was going to be a very exclusive winery making very exclusive wines. Then the wines - $100 (plus or minus) Chardonnays and $85 Merlots – began receiving rave reviews.

It must have been frustrating to those who collect premium Okanagan wines. Here were ultra-premium wines available, almost without exception, only in fine dining restaurants and by the case, online.

I don’t know who was responsible for this summer’s sea change in the CheckMate policy. But I was delighted to find a wine shop when I visited there in August.

CheckMate is on the Golden Mile, south of Oliver, at a location that should get a lot of visitors. Culmina Family Estate Winery, which has a busy tasting room, is just across the road. And one virtually drives past Road 13 Vineyards (which has two tasting rooms) on the way up the hill to visit Culmina and CheckMate.

It is not surprising that there has been steady visitor traffic at CheckMate this summer. The tasting room, open seven days a week, will be open until mid-October. After that, any visitor interested in a tasting can call winemaker Phil McGahan (250-707-2299) and make an appointment. The winery has a second tasting area in the processing facility, in what was the tasting room in former times, when this was Antelope Ridge Winery.
The CheckMate tasting room is a clever pop-up structure designed by Tom Kundig, the star Seattle architect who redesigned Mission Hill Family Estate winery two decades ago. Mission Hill and CheckMate have the same owner, Anthony von Mandl.

CheckMate has a tasting fee, of course: $20 to taste four wines, $30 to taste six wines. It is refundable with the purchase of just one bottle.

“We do get people who get sticker shock,” winemaker Phil admits. “And when we quote the tasting fee, that reinforces the sticker shock. We will get people who say they don’t usually pay that much for a bottle of wine. But with these wines, when you try them, tasting is believing.”

There is no doubt that the CheckMate wines are among the best produced in the Okanagan. When I tasted the 2014 Chardonnays this spring, I came close to awarding 100 points to one.

Phil must be the envy of many winemakers in the Okanagan. He has had the budget to modernize completely the aging Antelope Ridge facility with state of the art winemaking equipment. He also has his choice of exceptional grapes from seven or eight of the best vineyards his employer owns in the South Okanagan. And the grapes are grown to his exacting specifications. 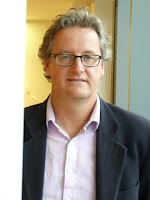 Born in 1969 in Australia, Phil (left) was raised on a wheat farm in Queensland. His first career was law. After articling, he joined a legal publishing company. “I worked my way up there, at one of the biggest publishing companies in Australia.” But city living did not appeal to him, so he enrolled in the winemaking program at Charles Sturt University.

He was able to take the course part-time while working, starting with a custom crush winery in the Hunter Valley.  “I worked there four or five years while I finished my degree.”
During that time, he worked the 2005 harvest at the prestigious Williams Selyem Winery in Sonoma. “Once I graduated, I came back [to California] as an assistant winemaker,” Phil says. He was soon promoted, become one of the winery’s three winemakers. Because he was the junior of the three, his career path was limited. He was ready to move to the Okanagan in 2012 when von Mandl recruited him to craft world-class wines at CheckMate.

The four Merlots just being released all are elegant, terroir-driven wines. Each reflects the distinctively different vineyard sites from which the grapes came. Deciding which one to buy is tough. Each wine is very good – but these are not identical quadruplets.

Below is a view of the wine shop's interior. 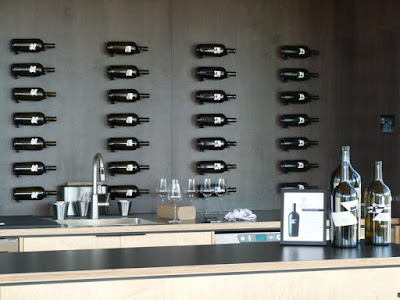 Here are notes on the wines. One striking note: these wines were all aged in new French oak, but the wines are so concentrated that the oak is perfectly integrated with the fruit.

Volume of production is given in barrels. In general, each barrel contains between 23 and 25 cases of wine.

CheckMate End Game Merlot 2014 ($85 for 16 barrels). This wine is a blend, with grapes from both Black Sage Road and Osoyoos East Bench sites. The wine was fermented with wild yeast and was aged 21 months in barrels. The wine begins with appealing aromas of sweet red berries and cassis. On the opulent palate, there are savoury and bright flavours of cherry, plum, cassis and vanilla. The wine is elegant and polished, with long, ripe tannins. 93.

CheckMate Silent Bishop Merlot 2014 ($85 for 24 barrels). The grapes for this are from three sites on the western side of the valley. Generally, this is the cooler side which benefits from morning sun but does not bake in the late afternoon sun. Expect brighter fruit flavours and fresh acidity. This wine is intense because the very long and even 2014 vintage also delivered good ripeness. (This has 14.7% alcohol, versus 14.6% for the previous wine.) The wine begins with aromas of dark fruits leading to flavours of black cherry, mocha and coffee, with spice on the finish. This wine also was fermented with wild yeast and aged 21 months in new French oak. 92.

CheckMate Opening Gambit Merlot 2014 ($85 for 23 barrels). The grapes are from Osoyoos East Bench sites. “You get nice pure fruit from the Osoyoos East Bench,” Phil has found. This wine begins with aromas of cassis with elusive notes reminiscent of spice and iodine. On the palate, there are flavours of black cherry and black currant that linger sweetly on the finish. The firm texture suggests this wine will age especially well. 93.

CheckMate Black Rook Merlot 2014 ($85 for 17 barrels). The grapes for this wine are from the Black Sage Bench. The wine is dark, with lifted floral, cassis and vanilla aromas. It is rich on the palate, with savoury flavours of black cherry and black currant. Long ripe tannins give the wine a generous texture and a lingering, harmonious finish. 95.

Posted by JohnSchreiner at Goodgrog at 7:23 AM

I had the good fortune of visiting CheckMate last week and I heard that you were one of the first to try their 2014 Merlot. I was happy to see that you had written about them already and I look forward to trying them myself!