Black Hills wines: if you hesitate, they are sold out 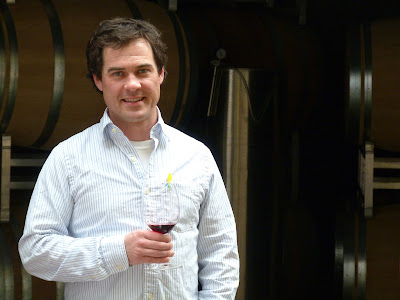 The most vigorous rumour in the Okanagan in the summer of 2017 was that Black Hills Estate Winery was about to be taken over by Mission Hill Family Estate.

Glenn Fawcett, the winery’s president, eventually denied the rumour. “BHEW is still owned by the same Limited Partnership Group and still run by the same management team as it has had for the last 10 years,” he said in an email in mid-August.

What he did not reveal - not that one would expect him to do so - was that Black Hills had been in talks since April with potential buyers. In late September, it was acquired by Andrew Peller Ltd.

It did not surprise the industry that such a transaction took place. There are a large number of shareholders in Vinequest Wine Partners Limited Partnership, some of whom  wanted to cash in after 10 years. After all  Glenn had promised them a "liquidity event" within five to seven years.

On the other hand, I have not heard of a lot of impatient shareholders, since  Black Hills is doing very well. With the benefit of well-grown grapes, winemaker Graham Pierce has been crafting wines that add value to the underlying asset all of the time.

One indication of how well the winery is doing is this: earlier this summer, six samples were sent for my review. I was a little slow getting around to them (it has been a hectic summer). Now, most seem to be sold out, at least on the winery website. That explains the lack of pricing on my reviews.

I am reporting on the wines anyway. You might still find some in restaurants or private wine stores.

The good news for Black Hills fans is that John Peller, the chair of APL, has already indicated that production volume will be increased at Black Hills because it will have access for additional grapes controlled by APL.

Black Hills has always been a challenge for consumers who dawdle when buying the wines. Nota Bene, its flagship red, which commands about $60 a bottle now, typically sells out within a day or two of release.

Black Hills, however, is one of a handful of wineries that offer periodic vertical tastings of flagship wines. There will be an 18-year vertical of Nota Bene at Spirit Ridge Resort in Osoyoos on September 30. Tickets are $199. Don’t too excited: the event is sold out.

Black Hills Roussanne 2015 ($N/A). This wine, impressive packaged in weighty bottle, begins with aromas of toasted nuts and ripe apricots. On the palate, the texture is rich, with flavours of ripe apricots. The finish is complex, with notes of honey and smoky toasted oak. This is a white wine with power. 91.

Black Hills Chardonnay 2015 ($N/A). This appealing wine begins with aromas of citrus, butter and vanilla. The latter come from barrel fermentation but the oak is seamlessly integrated in the wine, allowing the fruit to have the starring role. The flavours of marmalade and nectarine are intense, with a long finish. 92.

Black Hills Alibi 2016 ($N/A). This is a blend of 70% Sauvignon Blanc and 30% Sémillon. Created early in the winery’s history, it is one of its most sought-after whites. This wine is crisp and refreshing, with aromas and flavours of lime and lemon punctuated by a pleasant herbal finish. 91.

Black Hills Carménère 2015 ($N/A). This winery pioneered Carménère in the Okanagan. Dark in colour, the wine begins with aromas of pepper and plum. On the palate, it is bold with flavours of plum and fig. There are hints of chocolate and tobacco as well, with peppery flavours. Some may find the pepper character over the top; others will hurry to find a good steak. 92.
Posted by JohnSchreiner at Goodgrog at 11:26 AM