A toast to William Baillie-Grohman 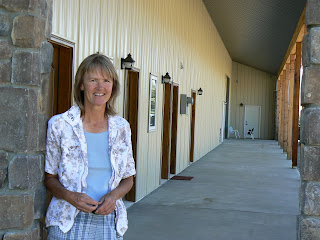 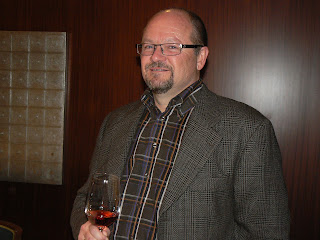 If the citizens of Creston are fed up with the notoriety that the commune of Bountiful has brought, they might want rebrand the city as the wine capital of the Kootenays in southeastern British Columbia.

Okay, there are only two wineries there so far but both offer solid to impressive wines. Skimmerhorn Winery and Vineyard opened in 2006. Its neighbour, Baillie-Grohman Estate Winery has just begun selling its first wines.

So far, Skimmerhorn wines are sold only in the Kootenays. Bob Johnson and Petra Flaa, the Calgarians who own Baillie-Grohman, have made their wines available both in Calgary and Vancouver as well as the Kootenays.

Last week, Bob and his New Zealand winemaker, Dan Barker, were in Vancouver to show the winery’s first releases to the wine writers. While I can’t speak for my colleagues, I believe we were all very impressed with what we tasted.

Bob is a reservoir engineer and a director of Sproule Associates, a major consulting firm in the oil industry. Petra, who now manages Baillie-Grohman’s 15-acre vineyard, spent 20 years as an information technology executive. She and Bob also live on a farm just outside Calgary. One of their two sons, Wes, who is 20, is becoming a winemaker.

The couple have had a love affair with Creston for 25 years. They visited regularly; helped Bob’s sister on her organic farm; and eventually bought a cherry orchard.

Creston has a long history of fruit growing. There is no doubt that wine grapes, if carefully selected, will thrive wherever peaches and cherries thrive. Skimmerhorn began planting its vineyard in 2003. In 2006 Bob and Petra were able to buy the property immediately next door and cleared what remained of an apple orchard to make way for the vineyard.

In 2007, they planted the bulk of the vineyard, about 16,000 vines. The largest blocks are Pinot Noir (three clones) and Pinot Gris. There is also Gewürztraminer, Schönburger, Chardonnay and a small block of Kerner.

Both of the Creston wineries recruited experienced New Zealand winemakers – Mark Rattray at Skimmerhorn and Dan Barker at Baillie-Grohman – and that explains the professional polish and finesse of wines from both. The winemakers both spend three to four months in Creston, typically arriving in September just before harvest and staying until just before Christmas, when the vintage is complete and the wines safely in barrels and tanks. This arrangement works because those months are the quiet months for winery activity in the southern hemisphere. 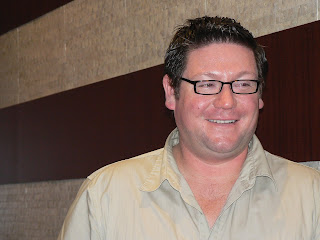 Dan Barker has been making wine since graduating from wine school in New Zealand in the mid-1990s. He worked at several wineries until joining Moana Park in 2005 and then buying the winery in 2008.

He already knew something about Canadian wineries when he was recruited by Baillie-Grohman. He worked the 2006 crush at Ontario’s Hidden Bench Winery. On his way home that fall, he stopped in the Okanagan and was “blown away” by British Columbia wines.

“Creston reminds me of Central Otago,” Dan says, referring to New Zealand’s southern-most and highest-elevation wine region. There, the growing season is hot but short – and very good for Pinot Noir and Pinot Gris. That is true as well for Creston, except that the vineyards are about twice as high above sea level as those in Central Otago.

“We’re about wines with texture,” Bob Johnson says, describing the Baillie-Grohman philosophy. “We are trying to let the wines show what the terroir of Creston is.”

The winery is named for one of the great characters of Creston’s history, William Baillie-Grohman. A European aristocrat who loved to hunt, he discovered the Creston Valley in 1882 – so the story has it – when he was hunting mountain goats with his friend, Teddy Roosevelt, a future president of the United States. The following year, he embarked on an ambitious scheme to build dikes, divert the Kootenay River, reclaim farm land and bring in settlers. By 1885, he had organized a syndicate in Britain with the rights to 71,000 acres.

A substantial amount of land was reclaimed and settled and is productive to this day. But the whole scheme unravelled with engineering and financial problems. The syndicate’s Victoria lawyer apparently made of with funds that he held in trust. Baillie-Grohman returned to England and was suing to get some of his money back when he died in 1921. He had fallen into obscurity until Bob and Petra re-discovered him.

If he was a wine drinker, which is very likely, Baillie-Grohman would be immensely pleased with the wines bearing his name.

Baillie-Grohman Pinot Gris 2009 ($21.99). This is a superb Pinot Gris, with aromas of tropical fruits, flavours of peaches and long, refreshing finish. Part of the wine was fermented in neutral barrels, enhancing its texture without imparting any noticeable oak to the flavour. 90.

Baillie-Grohman Gewürztraminer 2009 ($19.99). Elegant and understated, this wine has aromas of rose petals and spice that carry through to the flavours. There is a light touch of sweet fruit on the palate, making this a crowd pleaser. 88.

Baillie-Grohman Blanc de Noirs Rosé 2009 ($19.99). A deep-coloured rosé, the wine was made by bleeding 20% of the juice from the lot of Pinot Noir dedicated to the winery’s unreleased reserve Pinot Noir. That is a winemaking trick to concentrate the Pinot Noir. It also produces a big, juicy rosé with flavours and aromas of strawberry. There is also a touch of sweetness on the finish. 89.

Baillie-Grohman Pinot Noir Estate 2009 ($24.99). Dark in colour, this wine still has that muted tightness of a young Pinot Noir. The nose is still opening up. It is a meaty Pinot Noir with notes of strawberries and minerals. I would like to retaste this in six to 12 months because it has lots of potential. 89+
Posted by JohnSchreiner at Goodgrog at 3:47 PM