Beauty and the Beasts from Quails' Gate 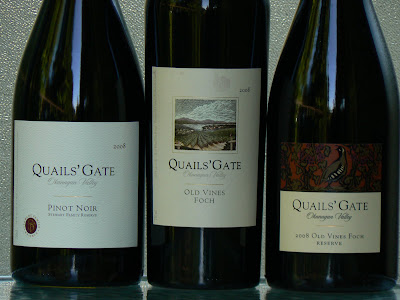 Excuse me for being a smart alec, but when I considered the three most recent releases from Quails’ Gate Estate Winery, the quip that ran through my head was Beauty and the Beasts.

The wines are quite exceptional – but one is a Pinot Noir, the queen of red grapes, and two are Maréchal Foch, a French hybrid work horse that was in danger of disappearing from the Okanagan until Quails’ Gate winemaking saved it.

Grant Stanley, the winemaker at Quails’ Gate, once told me that he spent 80% of his time thinking about Pinot Noir. Yet the wines he makes from Foch taste as if – to use the hockey cliché – he puts 150% effort into everything. The Foch is not a second class grape in this winery.

Some history is in order. Eugene Kuhlmann, a plant breeder in Alsace, created Maréchal Foch (and other hybrid grapes) in the 1880s. This was at a time when the French plant breeders were crossing vinifera with North American species in a search for varieties that could withstand the phyloxera and the oidium mould threatening Europe’s vineyards.

Many of these hybrids were imported by Ontario and New York vineyards either before or just after World War II because they were more disease resistant than vinifera and made better wine than the old labrusca varieties.

Most of the hybrids were pulled out after the 1988 vintage. They were judged of insufficient quality to make wines of international standard compared with vinifera grapes. As well, growers had learned how to nurture vinifera successfully.

Richard Stewart, whose family now operate Quails’ Gate, planted Foch in 1969 on the vineyard near Westbank. For some reason, it was not pulled out in 1988 – a good thing, as it turns out.

Stewart also planted Pinot Noir in 1975. It was one of the first Pinot Noir plantings in Canada. It eventually set Quails’ Gate on the road to becoming one of the country’s leading Pinot Noir producers, with at least eight clones in the vineyard.

To get back to Foch, Quails’ Gate in 1994 hired a new winemaker, Jeff Martin, from Australia (now the owner of La Frenz Winery on Naramata Road). He brought a Shiraz-maker’s mentality to the Foch and, in the 1994 vintage, made a dense and concentrated red that the winery released as Old Vines Foch. It became a cult wine and has never lost that following.

The dramatically improved quality of the wine compared with virtually every Foch that preceded it had much to do with how the grapes were grown. Left to its own devices, the Foch vine (and other red hybrids) will produce ten tons of grapes an acre. That was why most Okanagan red table wines in the 1980s were thin and light.

However, when the yield is reduced to something sensible, perhaps four tons an acre, the resulting wines have weight and flavour. 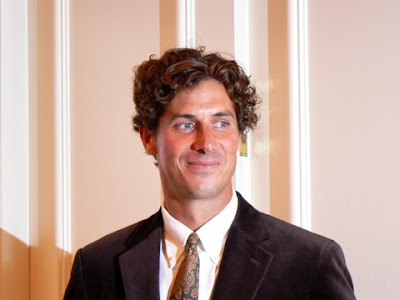 So what does Grant Stanley do with these grapes?

The winery has released 2,817 cases of Old Vines Foch 2008 ($24.99), a wine aged in American oak. The aromas display smoky black cherry. On the palate, there are flavours of black cherry, prune plum, liquorice. It takes a bit of breathing in the decanter to get the core of sweet fruit to show itself. There is an appealing, gamey rusticity about this wine. 88.

There are 1,708 six-bottle cases of Old Vines Foch Reserve 2008 ($39.99) aged 18 months in new American oak. The fruit is so concentrated that one barely notices the oak. This wine is voluptuously rich, with aromas of plum and blackberry jam and spicy flavours of plums and mulberry, with chocolate on the lingering finish. A truly delicious red. 90.

Now to Beauty. The winery has released 3,112 six-bottle cases of Pinot Noir Stewart Family Reserve 2008 ($45). This seductive charmer of a wine invites with a spectacular aroma of red fruits. On the palate, there are layers of flavours – cherry and strawberry and spice from both the fruit and the French oak. The wine has good weight and a silky palate. The bottle, which shows great elegance and finesse, is a winegrowing triumph. 93.
Posted by JohnSchreiner at Goodgrog at 11:16 AM

Oops, I think you mean Jeff Martin from La Frenz, not "Jeff Stewart".

Thanks for catching it.