A surprise from Château Pichon Longueville 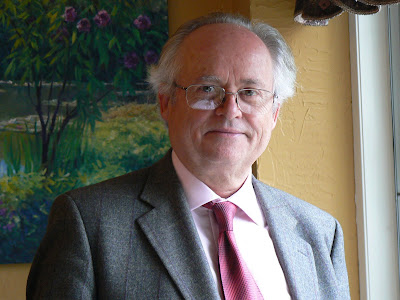 Bordeaux’s 1975 vintage was one of the most controversial in that decade. Most of the reds were markedly tannic. Tannin will always soften with age but the question is whether there is any fruit left by that time.

I have tasted a number of 1975s over the years. A few were satisfactory but many were lean and dried out.

And then I got to taste the 1975 Château Pichon Longueville Comtesse de Lalande. It is a delightful wine, with mellowed tannin and with fruit still fresh and alive. The alluring bouquet shows that perfumed sweetness that happens when Cabernet Sauvignon spends a long time in the bottle.

Perhaps this is all academic. It would be a rare cellar that still has any 1975 Bordeaux, if only because the wine should have been consumed by now. In his The Great Vintage Wine Book, Michael Broadbent – having tasted the wine in 1978 – recommended drinking it between 1983 and 1995. Well-stored red Bordeaux has remarkable longevity, however.

This bottle of 1975 came directly from the cellars of Château Pichon. Gildas d’Ollone, the winery’s general manager, presented this wine plus some current vintages at a recent Vancouver tasting for members of the Guild of Sommeliers.

He was supposed to be in Vancouver this spring at the Playhouse International Wine Festival. However, he was among the number of European producers who were prevented from coming when the volcano in Iceland basically shut down Europe’s air space. His wines were at the festival, presented by Sid Cross, one of Vancouver’s super-tasters and a friend of the Pichon wines.

Gildas had a second reason for coming to Vancouver this fall. Like most leading Bordeaux producers, Château Pichon is being besieged by buyers from China who would take all of the production if allowed.

“I want to keep our wines in traditional markets,” he says. “I don’t want to have all of our wines put into one basket.”

Château Pichon is one of the second growth estates in Pauillac, a neighbour of Château Latour, a first growth. The winery has records of vineyards from the late 1600s, when it and other properties were all owned by a very large landowner. In 1700 what became the Pichon vineyards formed the dowry when the landowner sent off his daughter to marry Jacques Pichon de Lonqueville, the president of the Bordeaux parliament.

Ownership has changed several times, usually driven by French inheritance laws. In 2007 the winery was on the market again because the family faced payment of inheritance taxes. A number of offers were made and the winner was Roederer, the great Champagne house.

Aside from making significant investments in the vineyard, Roederer has not messed around with this great chateau. Interested in maintaining the style of the Pichon wines, Roederer kept the staff intact (other than adding to the vineyard staff). The elegant Gildas d’Ollone, a nephew of the previous owner, remains the general manager.

What is the Pichon style? “We are not a blockbuster wine,” Gildas says. “We have never been. The challenge is to get balance with finesse.” 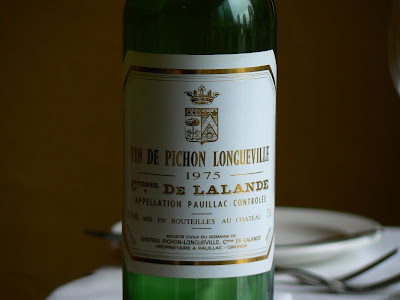 The winemaking has changed a lot since the 1975 vintage but balance and finesse would describe that wine. That was a warm, dry growing season. By September, the grapes hanging in the vineyard were small with thick skins, little juice and green seeds, a recipe for excessive tannin. Then the weather forecast threatened rain. Many producers chose to pick.

Pichon took the risk of leaving the grapes hang after the rain. It harvested grapes with adequate juice and ripe seeds, making one of the better wines of that vintage. As Michael Broadbent wrote: “… the really well-run properties made outstanding wine ….”

Perhaps the biggest change in Bordeaux wines over the last 15 years has been the greater concentration in the wines resulting from generally smaller production per vine. More recently, global warming also has influenced the vintages: grapes are often riper, higher in sugar, yielding wines which, if not blockbusters, are bigger than was traditional.

The Pichon 2003, one of the wines Gildas poured, is as rich and bold as this chateau has produced because 2003 was an unusually hot year. Gildas may grumble that it is not a traditional Pichon and will not age that long but, to a New World palate, this is really delicious wine. The fruity aromas jump from the glass and blackberry and cassis flavours emerge from a concentrated wine.

Gildas suggests that the Pichon 2004 and Pichon 2007 are “benchmark” wines from the château.

The 2004 is an elegant medium-bodied wine with aromas of red fruit and flavours of blackberry, black currant, spice and cedar. The finish lingers.

Pichon 2007 ($129.00), which recently arrived in this market, shows smoky and red berry aromas, with flavours of blackberry, plum and graphite. The texture is juicy and the tannins are fine and ripe. While this wine is drinking well now, it clearly will cellar for a decade or two. 91 – 93 points.

Occasionally, Pichon’s second wine makes it into the market as well. The Reserve de la Comtesse 2006 might be available in private wine stores for about $80. It is also very fine, with a fleshy concentration and flavours of plum, chocolate and cedar. 89.

When a great château makes a second wine, it is hardly second rate. There is always good wine left over after the property’s first wine is blended. These are blended into second wines. They will taste different from Le Grand Vin because the varietal composition is different, but the wines still have all that great breeding – at a lower price.
Posted by JohnSchreiner at Goodgrog at 4:47 PM