East Kelowna winemakers on the move 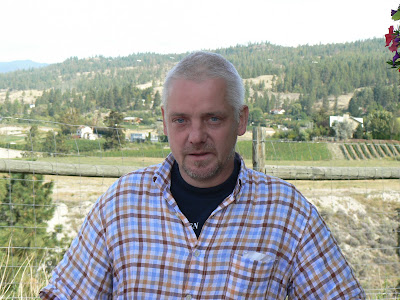 There has been a shifting of winemaker musical chairs among Kelowna area wineries this month.

It began when St. Hubertus and Oak Bay Estate Winery parted company abruptly with winemaker Hooman Haft Baradaran, a German of Iranian descent who came to St. Hubertus in 2008.

The winery had completed bottling several of its 2009 vintages (Riesling, Gewürztraminer, Rosé) before Hooman left, presumably not on the best terms. As a stop gap measure, St. Hubertus was able to call in Tom DiBello, now a consulting winemaker in the Okanagan since leaving CedarCreek in March. Tom has apparently agreed to help St. Hubertus with the production of its Pinot Noir this fall. That should excite the followers of St. Hubertus because Tom has strong skills in making Pinot Noir.

For the moment, Hooman is without a chair. That may not last long, given his résumé. Born in 1973, he first took a degree in hotel management and then worked as a sommelier at various top European hotels, including Claridge’s in London. Then he switched to winemaking, getting that training at Brighton University in Britain and in wineries in Greece, Germany and Washington State before coming to the Okanagan two years ago.

His replacement at St. Hubertus is a native of Cahors in France, Marie-Thérese Duarte, who has a master’s in winemaking from a university in Toulouse. Now in her mid-30s, she worked in California before coming to the Okanagan in 2007 “to get some knowledge at making Icewine,” she told me. She worked initially at the Rollingdale winery where Icewine is something of a specialty.

The following year, she moved to The View Winery & Vineyard in East Kelowna, taking the place of Markus Haken, the German-born winemaker that made The View’s first vintage in 2007. Not keen on making apple cider – a sister company at The View makes thousands of litres a year – he had decided to return to Germany.

He was in Canada in the first place at the suggestion of a fellow German winemaker, Bernhard Schirrmeister, who had referred him when The View was recruiting initially.

Bernhard and Markus are both German-trained winemakers with impressive résumés. Bernhard, who had been attracted to the Okanagan after vacationing here, joined Lang Vineyards in 2005. When Lang was acquired later that year by the Holman Lang group, Bernhard became the group’s senior winemaker. He left there abruptly in February this year.

Now in an ironic full circle, Bernhard has been named the new winemaker at The View. He has no problem with making apple wines, having grown up in an area of Germany where such production is common.

The 40-acre vineyard at The View (so named because of the spectacular view over the valley and the city of Kelowna) provides Bernhard an interesting mix of opportunities. The plantings include Gewürztraminer, Riesling, Ehrenfelser and Optima, varieties with which he should be familiar. There is also a block of Baco Noir which, until now, has been sold to other wineries.

Of greatest interest, The View has the Okanagan’s largest block of Pinotage vines, mostly young, plus a South African vineyard manager to look after them. The winery’s current releases include a promising 2008 Pinotage and a tasty 2009 rosé called Distraction, which is 90% Pinotage, 10% Gewürztraminer.
Posted by JohnSchreiner at Goodgrog at 1:02 PM