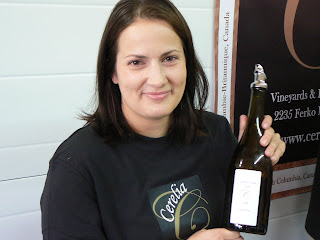 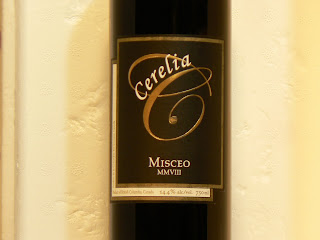 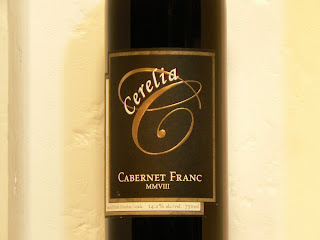 The story is told that Pan American Airways, on its flights to Rome during the second Vatican Council, offered menus in Latin to clerics on those aircraft.

For the next conclave in Rome, might I suggest the two red wines just released by Cerelia Vineyards & Estate Winery in the Similkameen Valley, if only because the vintage dates are in Roman numerals on the front labels. Of course, for those not literate in old Roman, the back labels provide the vintages in modern numerals.

Curiously, this is one of two British Columbia wineries that uses Roman numerals or names. The other is Cassini Cellars near Oliver in the Okanagan, whose big red is called Maximus. Now, there might be a minor risk in that. I doubt that younger wine consumers learned either Roman numerals or Latin in school while the older generation has probably forgotten what little Latin they learned.

We may be speaking of a dead language – but there is plenty of life in the wines, the first reds from Cerelia, a winery that was launched last summer by David and Dennis Mutch; and their wives Peggy and Roxanne; and David’s daughter, Megan, and her husband, Corey Witter. Tourists who call at the Cawston winery experience the special charm that warms this family winery’s tasting room.

I am not clear who is the Latin scholar among them. They tell me that Cerelia was a harvest festival of Ceres, the Roman goddess of agriculture. The uses of Roman numerals flows from the choice of that name.

Megan, a former pharmacy technician, is the winemaker, having taken the Okanagan College winemaking course. She has been mentored through her initial vintages by an excellent coach, John Weber, the co-owner and winemaker at nearby Orofino Vineyards.

The winery debuted last year with a good Pinot Gris and a good unoaked Chardonnay, both from the MMVIII vintage (translation: 2008). The two reds made in that vintage have now come out of their barrels and are being released as well. The good news is that these are well made and well priced reds. The bad news is that the quantity is limited.

These are young reds that will age well for several more years. They taste good now, however, because the tannins have been managed very well. Both spent 16 months in oak barrels, 80% of which were neutral. This certainly helped give the wines round, elegant textures. There is no harshness but rather textures that are rich and ripe. To be sure, both wines opened to become even more appealing after breathing in a decanter. That is as it should be with competently-made reds.

Cerelia Cabernet Franc MMVIII (75 cases at $25 a bottle) shows all the brambly aromas and flavours that are the hallmark of ripe Cabernet Franc. There are flavours of blackberry, black cherry, spice and chocolate. When the wine opened, it delivered a big punch of sweet fruit flavours. I rated the wine 88 when I first opened it and 90 a few hours later.

Cerelia Misceo MMVIII (280 cases at $23 a bottle) is a blend of 60% Merlot, 35% Cabernet Franc and 5% Cabernet Sauvignon. (Misceo, which is pronounced mis-say-oh, apparently in Latin for blend.) This wine is a bit firmer and perhaps more age worthy than the Cabernet Franc; it opened nicely overnight. It begins with berry aromas that signal flavours of black currants, black berries and plums. Rich in texture, it showed chocolate and spiced black cherry flavours with a bit of breathing. It also gained points over a few hours, finishing at 90.

What can one say about Cerelia’s excellent red wine debut? In vino veritas!.
Posted by JohnSchreiner at Goodgrog at 3:37 PM

I've been following your blog for some time now. Its been fantastic and I've really appreciated your recommendations.