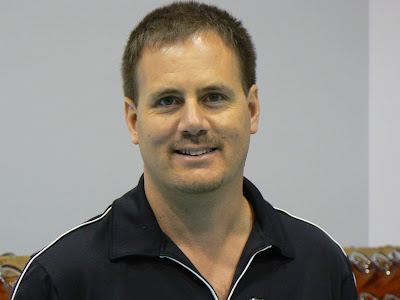 Visitors to Intrigue Wines this spring will find that Roger Wong and his partners have enlarged the tasting room and added an adjoining barrel cellar.
“To bring more of the winemaking experience to our visitor centre,” Roger explains, “we decided to build an addition specifically to hold our barrels and our lab.”

For background on this winery, here is an excerpt from John Schreiner’s Okanagan Wine Tour Guide.

On a flight to a family vacation in the Maritimes, winemaker and his wife, Jillian, were kicking around names for their new winery when someone observed that wine is intriguing. And they realized they had found the name for the winery they opened in 2009 with partners Ross and Geri Davis. He owns a Kelowna data centre and she is the controller at Gray Monk Estate Winery.

Roger, who was born in Vancouver in 1965 and has a geography degree, started making wine at home at 17. When he was 30, he quit his government job (technical records keeper for the Department of Energy, Mines and Resources) to volunteer with Tinhorn Creek in the 1995 crush. They hired him, promoting this keener through the vineyards and cellars and through courses at the University of California. In 1998, Roger took over as winemaker at Pinot Reach Cellars, a Kelowna winery that became Tantalus Vineyards in 2004. In 2005 he moved to Gray Monk to make the red and sparkling wines.

Roger’s first independent label was Focus Wines, concentrating on Riesling, the variety he believes is well suited to the north Okanagan. He made the first Focus Riesling in 2002 but the venture stalled in 2003 when smoke from the forest fires saturated Kelowna vineyards and ruined the grapes. The dream was reborn after Roger and Jillian found Ross and Geri to be kindred souls. “We all have the passion,” Geri says. On their two properties near Wood Lake (near Oyama), the couples in 2008 planted 6.9 hectares (17 acres) of vines, the majority being Riesling. In the 2010 vintage, Roger reintroduced a Focus Riesling in a portfolio of Intrigue wines that includes crisp whites, solid Merlots and a sparkling wine.

The winery occupies a wing of Ross and Geri’s house. The wine shop nearby, a favourite with the growing number of residents in suburban Lake Country, includes a pleasant picnic area.

Obviously, the new barrel cellar liberates some space in Ross and Geri’s home. But the main benefit is that it elevates the experience visitors have in the tasting room.

Roger has just released some of Intrigue’s wines from the 2016 vintage. Judging from these and from 2016s that have begun to be released by other wineries, it is a solid vintage for white wines.

“After a very early start to spring,” Roger says about the vintage, “the vines were well over the top wire at bloom (June 2nd).  We had great weather through May and June.   July was a bit cooler, and a lot damper, than most years.  With a full canopy, the vines kept on with their early pace.”

“Harvest wasn’t quite as early as 2015, but it was still much earlier than average,” he says. “We had the flavours we wanted before brix levels climbed too high, so that overall alcohol levels are slightly down from 2015.  Also, by arresting the fermentations we were able to retain some of the natural sweetness to balance our typical mouth-watering finish.”

Intrigue Pinot Gris 2016 ($16.90 for 988 cases). The wine presents with a light coral hue, the result of overnight skin contact before fermentation. That also accentuated the delicious bowl of tropical fruit flavours on the palate. The hint of residual sweetness lifts both the aromas and the flavours. 90.

Intrigue 2016 Riesling ($16.90 for 935 cases). Winemaker Roger Wong is a master with Riesling. This is a delicious wine, with aromas of white peach and citrus. On the palate, there is an abundance of fruit flavours including green apples and limes. The imperceptible residual sugar, balanced with fresh acidity, adds to the texture of the wine. 92.

Intrigue 2016 Gewurztraminer ($16.90 for 930 cases). The wine begins with floral and spicy aromas. On the palate, there are flavours of lychee with hints of grapefruit and spice. The wine is balanced to finish dry. 88

Intrigue 2016 SOCIAL Rosé ($16.90 for 513 cases). New to the Intrigue portfolio, this is a blend of 49% Riesling, 33% Pinot Noir, 14% Merlot, and 4% Rotberger. Delicately pink in hue, it begins with aromas of strawberry, leading to flavours of strawberry, rhubarb and apple. It is balanced to finish dry and refreshing but with enough residual sweetness to preserve the essential charm of the wine. 90.

Intrigue 2015 Frosted Vines ($18.90 for 416 cases). This is a blend of Kerner, Riesling and Ehrenfelser grapes that were picked when touched by a light frost. The wine is deliberately off-dry with 40 grams of residual sugar balanced with 6.2 grams of acid. It begins with the classic petrol aroma of good Riesling. On the palate, it presents luscious flavours of mango, guava and lime.  90.

Posted by JohnSchreiner at Goodgrog at 9:59 AM