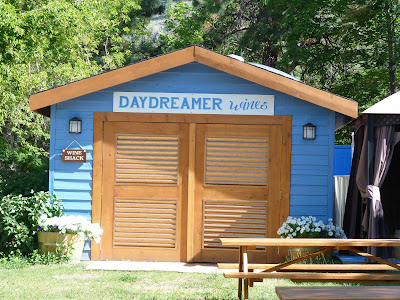 For just the third time in a decade, an Okanagan winery has released a Sparkling Shiraz.

Naturally, the winemaker is an Australian – Marcus Ansems MW, the proprietor (with wife Rachel) of Daydreamer Wines at Naramata.

I say “naturally” because this style of sparkling red wine was created in Australia and is produced by a number of wineries there. Some of those wines have been in this market from time to time. Currently, the BC Liquor Distribution Branch lists just one – a $37 wine from Majella, a good Australian producer that has cultivated the BC market. Brian Lynn, one of the proprietors, has been a regular participant at the Vancouver International Wine Festival.

There is clearly a modest following for this style of wine. There are just over 100 bottles of the Majella wine, spread across 12 stores. That is hardly a critical mass for what is an interesting category.

Steller’s Jay, the sparkling wine house spawned by Sumac Ridge Estate Winery, released a Sparkling Shiraz in 2006 and then released its second in late 2015. The latter release, priced at $25, still seems to be available online at Great Estates of the Okanagan.

The wine from Daydreamer is a veritable bargain, at $20 a bottle, or $240 a case if ordered online.

If you are not familiar with Daydreamer, here is an excerpt from John Schreiner’s Okanagan Wine Tour Guide: 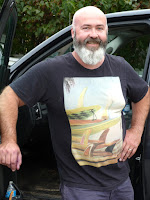 Two of the signature wines from Daydreamer are Syrahs, a variety that practically runs in the veins of winemaker Marcus Ansems, the owner of this winery with his wife, Rachel. His family in Australia once owned a share of Mount Langi Ghiran, the legendary Shiraz producer in the state of Victoria, and his uncle, Trevor Mast, was a winemaker there.

“One of my favourite wines in the world was made at my family winery,” Marcus says. “It is just unique to that site … an atypical Shiraz. That wine was what inspired me to want to get involved with the industry.” Born in  1974, he graduated in enology in 1996 from Adelaide University. He went abroad to gain experience, first with Simonsig in South Africa and then in Tuscany and the Rhône. He picked up his career in Australia briefly before a Canadian wine entrepreneur, Peter Jensen, recruited him in 1999 to run wineries in Ontario and Nova Scotia. In Niagara, before he returned to Australia in 2002 as a consulting winemaker, he met Rachel, an accountant with a talent in design and photography.

They moved to British Columbia in 2004 where Marcus became the winemaker first for Blasted Church Vineyards and, a year later, for Therapy Vineyards. Since late 2008, he has been the buyer for Hemispheres Wine Guild, a Canadian club for wine collectors.

Daydreamer is the culmination of a family winery dream that Rachel and Marcus share.  They operate a boutique winery, producing perhaps 2,000 cases a year.

Last year, they opened a tasting room at 1305 Smethurst Road, not far from Nichol Vineyards. It is a cozy and convenient place to visit and, for those not into buying caselots, to buy single bottles.

The winery’s website provides no suggestions on how to serve the Sparkling Shiraz and with what food. I think it should be lightly chilled, but not so chilled that the aromas and flavours are anaesthetized. As for food, this is a robust and versatile wine that stands up to full-flavoured food. It can handle anything from strong cheese to pulled pork. I am told Australians quaff the wine at barbecues.

Here are notes on that wine and several other releases from Daydreamer.

Marcus Ansems Chardonnay 2015 ($17.50). The wine begins with aromas of marmalade mingled with oak. The flavours are intense, with notes of citrus and orange zest. Bright acidity gives the wine a refreshing palate. 90.

Marcus Ansems Shiraz 2015 ($20). The wine begins with aromas of plum and smoked deli meats. On the palate, there are flavours of plum, fig and pepper mingled with toasted oak. The tannins are soft and ripe. 91.

Daydreamer Tay 2015 ($15). This is a Pinot Noir. It is robust on the palate, with aromas and flavours of cherries mingled with toasted oak. The texture is silky. 89.

Marcus Ansems Sparkling Shiraz 2014 ($40). Dark in colour, this is frothy in the glass and dry on the finish. Pepper and spice mingle with flavours of plum. The wine’s robust earthiness makes it versatile as a food wine. 90.

Posted by JohnSchreiner at Goodgrog at 11:12 AM