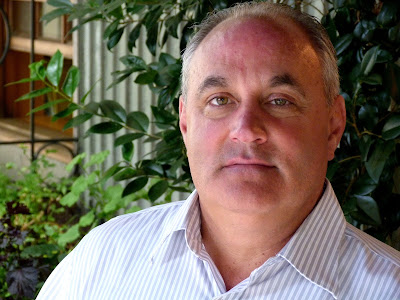 Several years ago, I had a hilarious confrontation with an Italian vintner at a tasting in Vancouver. I think of it every time that Hester Creek Estate Winery sends the latest release of its Trebbiano.

The vintner, whose name I have forgotten, was from Tuscany. A friend had recommended I taste his wines because of their high quality. Indeed, the wines he was pouring were excellent, including a crisp and complex Trebbiano.

I complimented him on the wines and then added that a producer in the Okanagan also made an excellent Trebbiano.

“You can’t grow wines here,” he replied. “It rains too much.”

Indeed, it was raining outside the Vancouver venue that day. But I told him that our major wine region was 400 miles east of Vancouver, with two intervening mountain ranges blocking most of the rain from the vineyards, which must be irrigated.

The vintner snorted again in derision. “You don’t have the soils,” he said.

I rebutted that with a description of the Okanagan’s complex geology. The Hester Creek vineyard is on a peninsula of soils deposited by the glaciers. There is everything in the soils from gravel and clay to traces of ancient volcanoes.

The vintner’s third objection was that the Okanagan lacked Italy’s long tradition of wine and viticulture. Of course, I could not quite match that. But I pointed out that the man who planted the Trebbiano vines (and other varieties) in 1968 was an Italian immigrant named Joe Busnardo. So we have a link to that historic tradition. Here is a biographical sketch from my 1996 book, British Columbia Wine Companion.

When he was growing up on a farm at Treviso, north of Venice, and when he studied at a nearby agriculture school, [Joe Busnardo] "never liked any plant but grapes." He came to Canada in 1954, a twenty-year-old bachelor, and by 1967 scraped together enough to buy sixty-eight acres on an eastward-facing sloping bench just south of Oliver. He imported twenty-six varieties of vinifera grapes from Italy and a further fifty-six varieties from the University of California in Davis.  Busnardo's planting of pinot bianco (Italian for pinot blanc) was one of the earliest and largest plantings of what now is recognized as a vinifera superbly suited to the Okanagan. He ignored the established wineries and professionals in the Okanagan who urged more hardy hybrid varieties [such] as bath, a labrusca grape totally unsuited for table wines. With the wineries not prepared to pay a premium for his low-yielding vinifera, the struggling Busnardo took a job as a heavy-duty mechanic for the city of Penticton and simply neglected his vineyard. "I closed the farm down," he recalled. "I didn't even prune the grapes." His father visited him, shook his head and advised Joe to rip out the vineyard.

The bitter winter of 1978-'79 killed the next season's growth on many vines in the Okanagan and destroyed some vines entirely. But Busnardo found that his casually-tended vineyard had come through the winter, proving that his faith in vinifera was not ill-founded. By coincidence, the first estate winery regulations had been issued by the provincial government in 1978. Busnardo now decided to get a winery license. Untrained as a winemaker, Busnardo launched Divino [Estate Winery] on a wing and a prayer, making wines in the traditional method that he remembered from his father's farm. "I just throw in the grapes and hope for the best," he said at the time. The occasional winemaking mistake slipped by: once, 5,000 bottles of pinot blanc had to be taken off the market after the harmless but unsightly residue of the fining agent began settling out in the bottles. Busnardo survived and learned from such experiences; subsequently, a brother, Guido, began coming from Italy to help with the winemaking which became more sure-handed with each passing vintage.

The vineyard once had as many as 128 different grape varieties, a testimony to Busnardo's undisciplined curiosity about the vine. It also has made for a wide range of releases from the winery, among them several that no one else has. Divino has been the only winery to release varietals made from garganega, trebbiano and malvasia, all important to vintners in Italy. Garganega, for example, is the principal grape for the production of Soave, a well-known delicate white made in the northern Italian winegrowing district of Veneto. But Divino has been at a disadvantage with these varietals because, in the British Columbia market it targets, these whites are scarcely known and, as much as Busnardo argues -- and rightly so -- that consumers should explore wines beyond the mainstream varietals, not many leave the beaten track.

The winery was sold in 1996, to become Hester Creek. Joe moved Divino to the Cowichan Valley where he sometimes still presides in the tasting room Friday and Saturday afternoons.

Hester Creek has been totally transformed by the team that has owned and run it since 2005, including Rob Summers, the veteran winemaker. The vineyard has been rationalized but some of Joe’s original plantings have been retained, including the Trebbiano. I regret that I never had a bottle to share with the Doubting Thomas from Tuscany.

Hester Creek 2016 Old Vines Trebbiano Block 16 ($23.95). The wine begins with alluring aromas of apple, melon and grapefruit. Intense flavours of apple, pear and citrus dance across the palate. With good acidity, the wine has a finish as fresh as a morning in spring, with a remarkable persistence. This surely is one of the best Trebbiano wines in the world. 93.

Hester Creek 2016 Rosé Cabernet Franc ($19.95).  This dry rosé has intensity both in the hue and in the flavours. It begins with aromas of strawberry and cherry, leading to a potpourri of rich berry flavours – strawberry, black cherry – with a touch of vanilla and red licorice on dry finish. 91.

Posted by JohnSchreiner at Goodgrog at 12:00 PM