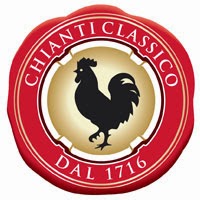 Recently, a group of Chianti producers have sponsored tastings in major Canadian cities to get the word out.

With the growing popularity of Chianti in the 20th century, plantings – mostly of Sangiovese grapes, a main variety – spread across the Tuscan landscape, surrounding the historic Chianti Classico area.

There are plenty of good wines (along with plenty of ordinary wines) made in the greater Chianti area. However, the producers in the Classico area take great pains to defend the reputation of their frequently superior wines.

The Gran Selezione designation is the latest effort to burnish the reputation. It was created as a vehicle for the very best and most terroir-driven wines of Chianti Classico. Currently, only four per cent of the Classico wines have this designation. As other wines are rolled it, it may account, at most, for the top 10%.

The Gran Selection wines are all estate-grown wines, made with a minimum of 80% Sangiovese, with the other 20% being either indigenous varieties or international varieties like Merlot. Fermentation must be done with the wild yeast in the estate vineyard, not with inoculations of cultured yeast. The object is the preserve the terroir.

The wines must have a minimum of 13% alcohol and must be aged 30 months, usually in wood and bottles, before release.

And when a producer nominates a wine to be a Gran Selezione, the wine must first pass a blind tasting by a panel of wine judges.

If you still remember Chianti as the inexpensive red in a pot-bellied bottle that university students used to drink, you will get a little sticker shock from the new Gran Selezione wines. The three so far listed in are priced between $40 and $55 a bottle. These wines are San Felice Il Grigio 2010, Vicchiomaggio La Prima 2010 and San Fabiano Calcinaia Cellole 2010.

Additional listings are in the works, judging for the enthusiasm for Chianti Classico espoused by the Liquor Distribution Branch’s senior buyer, Barb Philip MW.

The tastings were led by Sergio Zingarelli, the owner of Rocca delle Macìe and the current president of the Chianti Classico consortium. One of his Gran Selezione wines would retail for $106 if it gets to this market; another will retail around $50. These are exceptional wines, as they should be for the price.

While you are waiting, you should try his budget Rocca delle Macìe Chianti Classico. The LDB currently has the 2011 vintage in 82 liquor stores at about $20 a bottle. At the tasting, I tasted the 2013, which will be here soon, and which is a delicious wine bursting with cherry aromas and flavours.

The basic Chianti Classico wines are good. However, the wines designated Gran Selezione or Riserva (the tier just below) offer more of everything: the wines are deeper in flavour, more elegant in structure and better suited to aging. All the Gran Selezione wines that I tasted scored 90 to 93 points.

When next you buy any Chianti Classico, take a look at the Black Rooster, the traditional trademark of these wines. It has been slightly updated and the symbol, which used to be on the government seal, now has a more prominent place, either on the neck of the bottle or on the back label.

Why that trademark? Here is the entertaining explanation from the consortium:

The Black Rooster has always been the symbol of the entire Chianti region. The origin of this is lost in time: an amusing legend narrates of the rivalry existing in the Middle Ages between and .

According to this legend, in order to cease their endless fighting, the two Tuscan cities decided to leave the definition of their respective boundaries to a remarkable feat between knights: they were to leave their hometowns at cockcrow and wherever they would have met each other, that exact spot would have been the border between the two republics.

For this purpose, the citizens of raised a beautiful white rooster, which grew big and fat. The Florentines, instead, chose a black rooster and never fed him, so that on the fateful day he was so famished, he started to crow even before sunrise.

As a result, the Florentine knight was able to set out very early in the morning: he met the knight from in Fonterutoli –merely twelve Kilometers from -, as the latter had left much later: this is the reason why almost all of the Chianti territory was united under the rule of the .

Even if this is only a legend, it is however confirmed that the Black Rooster profile has represented the emblem of the historic Chianti League, which ruled over these lands since the beginning of the 14th century. The artist Giorgio Vasari painted the Black Rooster on the ceiling of the Salone dei Cinquecento in Palazzo Vecchio, as an allegorical representation of the Chianti region. The Consortium has ultimately selected this seven-century old symbol as a certification of its wines.

Posted by JohnSchreiner at Goodgrog at 4:47 PM