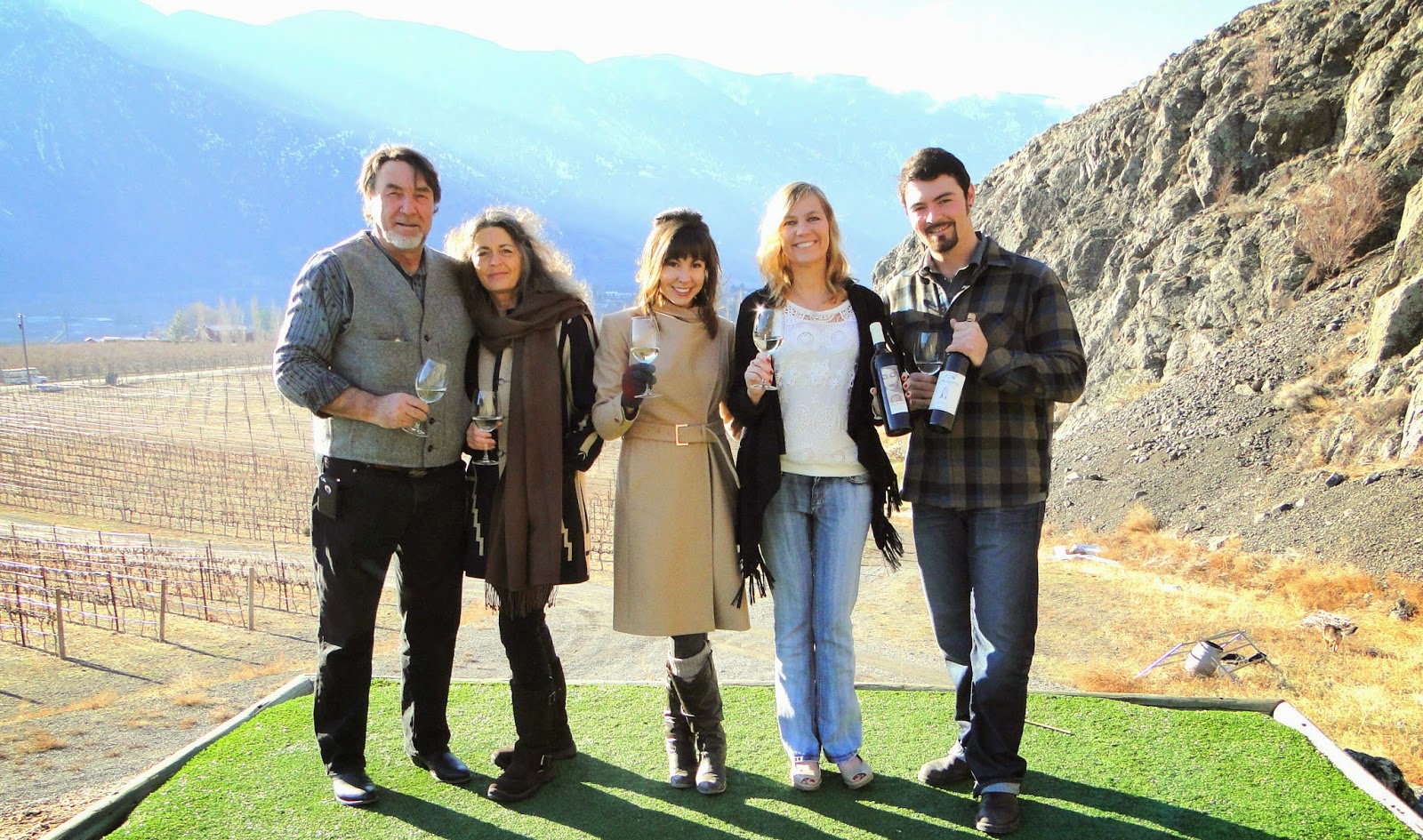 Corcelettes Estate Winery co-owner and winemaker Charlie Baessler got his first job in the B.C. wine industry in 2008 as a cellar hand a vineyard worker at Herder Winery and Vineyards.

Born in 1985, he had just graduated with a degree in environmental engineering in in December, 2007. He was visiting his parents in Cawston when he met the owners of Herder and was offered a job.

Now, Charlie, in partnership with his parents and a business couple from , is taking over Herder and turning it into the new home for a larger Corcelettes.

This is a major development for Similkameen wineries. Corcelettes, which now makes about 1,000 cases a year and has a small winery and tasting room off the beaten patch near Cawston, has the potential to triple production and to welcome visitors at larger winery that is part of an emerging growing destination for wine tourists.

It also is a positive conclusion to the unfortunate history of the Herder Winery, which had virtually closed after the partnership of founders Lawrence and Sharon Herder broke down two years ago. The Herder name now will disappear, although Charlie and his partner, Jesce Walker, are considering reviving Herder’s iconic Bordeaux blend, Josephine, under the Corcelettes brand. Jesce is the winery’s sales and marketing manager.

“At Corcelettes, we don’t currently have a style red,” Charlie says. “We have a Cabernet/Syrah and a single varietal Syrah, but we don’t have a blend similar to Josephine. If we were going to bring one on, this would be a nice transition. It carries a great name. never disappointed anyone with that wine. It kind of immortalizes the whole history there, which we are keen on keeping. I did have some attachment to the property.”

Corcelettes was opened in 2013 by Charlie and his Swiss-born parents, Urs and Barbara. The winery is named after the family farm in . There are also Swiss touches in the three-acre vineyard, where one of three white varieties is Chasselas, ’s leading white. The winery’s flagship red is a Cabernet Sauvignon/Syrah blend called Menhir, the name of stone obelisks found in (including on the Baessler family farm).

Herder Winery was opened in 2002, also near Cawston, and moved in 2008 to a property on , not far from the Grist Mill and Gardens near Keremeos.

The somewhat baronial house already on the Herder property is perched on the side of a mountain with a panoramic view of the Similkameen valley. modified the extensive basement for a winery. On the stony, sun-bathed slopes below, he planted about 6.5 acres of vines, including Malbec, Petit Verdot, Syrah, Cabernet Franc, Viognier, Chardonnay, Merlot and Pinot Noir.

That vineyard certainly expands the winemaking horizon at Corcelettes.

“I have been looking forward to making Pinot Noir,” Charlie says. “In fact, I had made some arrangements to source Pinot Noir prior to having concluded this deal.”

The Herder winery has been listed for sale for about 20 months. Charlie watched as other potential buyers kicked the tires and, with the sale of existing inventory, as the price came down. There is a little bulk wine remaining in tanks and Charlie is currently evaluating it.

“It has certainly been on my radar,” Charlie says of Herder Winery. “This is not something I put together in a week. I have always had my eye on that place since I worked there. It was such a beautiful place. It recently became a reality to be able to do this with our partners coming on board, Gordon and Diane Peters.”

The Peters and the Baesslers, who once farmed near , are long-time friends. Gordon Peters, now 61, is the founder and chief executive of Cando Rail Services.

As one of his biographies says, Gordon founded the company in 1978 “with two employees, a tractor and front-end loader and a contract to tear up a rail line in the Tilston area.”  (Tilston is a small community 144 km southwest of .) Today, Cando has more than 300 employees and does business throughout .

“They have always shared that passion [for wine] with us,” Charlie says.  (The Baesslers came to Canada and bought a grain farm near Brandon in 1978.) In recent years, Gordon and Diane have helped the Baesslers at crush at Corcelettes.

“We have made some commitments to Clos du Soleil and plan on honouring those,” Charlie says. “We are really happy to continue. Believe me, I need that job more than ever now.”

Posted by JohnSchreiner at Goodgrog at 3:43 PM