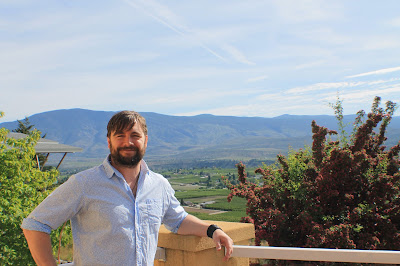 With the release of these four reds, Tinhorn Creek and its fans are getting into the string of strong vintages that began in 2012 and has continued through 2015.

A lot has been written recently that 2015 is “the vintage of the century.” I believe that is a bit over the top for several reasons.

Andrew Windsor, the current winemaker, took over at Tinhorn Creek in the late spring of 2014. That means he got to see many of these wines from the barrels into the bottles. He has an interesting comment on the Cabernet Franc, long one of the most popular reds at Tinhorn Creek.

“After taking over,” he writes, “I knew from the first barrel sample that this was going to be the best wine of the vintage. It has a remarkable softness for a young Cabernet that I think will surprise many people who have been drinking this wine for many years. This isn’t a wine that requires much discussion; it is simply one of the best representations of this varietal made anywhere and probably one that we should all be paying more attention to.”

I cannot wait until I get to taste his 2014 reds. Recently, I tasted barrel samples of 2014 reds at Osoyoos Larose that are among the best yet in that cellar. There is no reason why that will not also be true at Tinhorn Creek.

As for the 2012 vintage, I have been impressed repeatedly by how harmonious and well-balanced the reds are from that vintage. The Tinhorn Creek reds are no exception. Here are notes.

Tinhorn Creek Cabernet Franc 2013 ($21.99 for 4,037 cases). The brightness of the fruit matches the wine’s bright hue. It begins with aromas of cherry and blackberry. Soft and luscious on the palate, it has appealing brambleberry and cherry flavours with a hint of mocha. Winemaker Andrew Windsor says “this is easy to drink right now.” 90.

Tinhorn Creek Oldfield Series Merlot 2012 ($26.99 for 2,076 cases). Deep in colour, the wine begins with a dramatic aroma of blueberry, cassis and vanilla. On the palate, there are flavours of red fruits including black cherry and black currant. The texture shows good concentration with long ripe tannins to give it a satisfying elegance. On the finish, there are notes of spice and cedar. 92.

Tinhorn Creek Oldfield Series Cabernet Franc 2012 ($30.99 for 770 cases). Deep purple in colour, the wine has aromas of black cherries and pomegranate. The complex flavours include notes of dried herbs and cedar, blackberry and plum, with smoky notes and dark chocolate. The smooth but concentrated tannin structure will make this a great candidate for cellaring. The winery estimates 10 to 12 years.  93.

Tinhorn Creek Oldfield Series 2Bench Red 2012 ($26.99 for 1,683 cases). This is 41% Cabernet Sauvignon, 28% Merlot, 28% Cabernet Franc and 3% Petit Verdot. This is one of the flagship reds at Tinhorn Creek, an age-worthy wine with great complexity. It begins with aromas of blueberry, cassis and black cherry. Generous in weight and texture, the wine delivers flavours of plum with chocolate and coffee on the lingering finish. To use a baseball analogy, this wine gets on base (it is drinkable now) and then scores a run (it will age 10 to 12 years). 93.
Posted by JohnSchreiner at Goodgrog at 4:19 PM

Thanks John... And way to work in a baseball reference. Go Jays Go!