Wines of Conviction from Calona 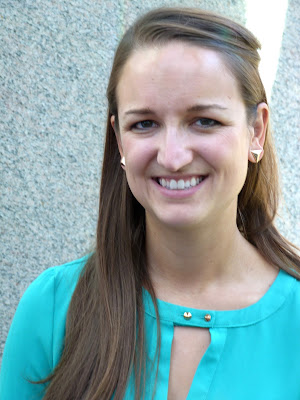 Calona Vineyards, the oldest B.C. winery name still on a label, is beginning a slow fade to black.

In its place, Andrew Peller Ltd. – which has owned Calona since 2005 – has introduced a new label called Conviction. It has begun to take the place of the Calona Artist series labels, tired after 25 years.

The five Conviction wines were rolled out last month by winemaker Sydney Valentino at a tasting of wines in the Peller portfolio. The wines now are also in the Liquor Distribution Branch stores (and likely in VQA and private wine stores).

Each of the Conviction wines has caricature images and sub-titles honouring the pioneers involved in Calona’s early history. For example, the Pinot Noir’s sub-title is The Priest. This memorializes Monsignor W.B. McKenzie who became a parish priest in in 1931. His parish would have included the Capozzis, the Ghezzis, the Casorsos and all the other Italians who invested in the winery.

Calona Wines was launched that year as Domestic Wines & By-Products, changing its name a few years later. Its first wines were made with apples and were unstable enough that they re-fermented on store shelves.

But for the Monsignor, that would have been the end of venture. However, the Monsignor arranged for the winery to produce sacramental wines for the Catholic Church in . The cash flow sustained the winery, which was to prosper subsequently by selling other wines to the military depot at and to other customers.

Calona Wines hit the big time in the 1960s when the three Capozzi brothers (Joe, Tom and Herb) took over management. Sons of Cap Capozzi, one of the winery’s founders, the three had the inspiration to copy the product offers (including bottle shapes) of the Gallo family in . In 1970, they even asked  Gallo to invest in Calona Wines.

That did not pan out but in 1971, Standard Brands Ltd. of and took over Calona. Since then, Calona has had a succession of owners including a stock promoter who almost ruined the company in the 1990s. Peller has cemented its position among the major B.C. producers.

It was on Standard’s watch that Calona created Schloss Laderheim in 1977, a white wine made with Okanagan Riesling grapes and packaged to masquerade as a German wine at two-thirds the price. Within four years, it had become the largest selling domestic white in , almost 600,000 cases. By that time, it was a blend of local juice and wine.

The brand’s wings were clipped when the Liquor Control Board of Ontario began marking it up like an import wine. Schloss lost its price advantage.

But it is a durable brand. You can buy a 1 ½ little bottle or a four litre box in almost any B.C. liquor store. Almost certainly, it is a blend of imported wine, as are the handful of brands, like al Red, that will carry the Calona name for years to come.

With the emergence of the VQA program in 1990, Calona set out to distinguish its top wines with labels designed by Robb Dunfield, a Vancouver-based artist who, due to an accident, painted by holding the brush in his mouth. The commission from Calona was a godsend for the artist.

“I was definitely struggling,” he told me in an interview in 1995. “They opened a lot of doors for me.”

The first wine with a Dunfield label, ironically, was not a VQA wine but rather a red made hybrid grape called Rougeon. But the label enabled Calona to charge $10 for it. “Calona has never sold a bottle of wine over $10 in its entire history,” said Ian Tostenson, the winery’s president at the time.

The “artist series” wines subsequently produced by Calona featured not just Dunfield but several other artists. The labels were very good but over the years, their impact was eclipsed by the proliferation of new labels from competing wineries. That led to the decision to move most of the artist series wines over to Conviction.

That even includes Sovereign Opal, a Calona exclusive. The white grape, whose aromas and flavours always remind me of Torrontes from , was developed by the Summerland Research Station. It was released to growers in 1976 and was embraced by the late August Casorso. His family had been among Calona’s founders. A Casorso vineyard in is believed to be the only one growing the variety today.

Here are notes on the Conviction wines.

Conviction Pinot Grigio 2014 “The Financier”  ($13.49). This is an unoaked white with 15% Chardonnay in the blend. The wine is juicy and refreshing with aromas and flavours of citrus, pear and apple. 88.

Conviction Sovereign Opal 2014 “The Industrialists” ($12.99).
The wine begins with aromas of ginger and citrus. It delivers intense and exotic tropical fruit flavours, with a balance that gives the wine a dry finish. 90.

Conviction Pinot Noir 2014 “The Priest” ($14.79). This is a light and fruit Pinot Noir with aromas and flavours of strawberry and cherry. 88.

Conviction Red 2013 “Dreamers & Schemers” ($13.49). This is 80% Merlot and 20% Cabernet Franc. It is a soft, easy-drinking red with flavours of red and black currant and with pleasantly spicy finish. 88.
Posted by JohnSchreiner at Goodgrog at 8:47 AM

Wow! I'm in love with this wine. Clean fresh no acid. I like very mutch. Need a case! MacNeil Ranch Summerland BC Thank You.

I am pouring for tasting the conviction Wines at the Clayton Crossing liquor store as of yesterday almost everyone loves all three! (Very rare as they usually pick one or the other! ) I am pouring which is the Red and the White Blends and the Sovereign Opal. Two thumbs up for these winds I'm sure that all 3 will be a great seller at our store. Looking forward to try the Pinot Noir one day!

Just to clarify, the late August Casorso embraced the Sovreign Opal. John Casorso is alive and well. We continue to grow this grape and have enjoyed seeing it become more widely known.