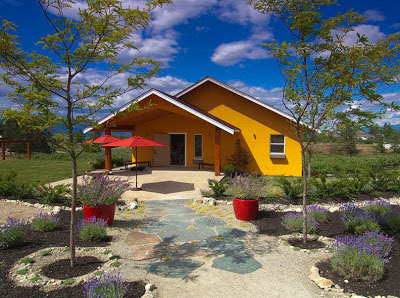 In a recent blind tasting that included six Pinot Noirs –three from B.C., three imports – the SpierHead Pinot Noir 2011 at $19 a bottle easily held its own against wines twice and three time the price.

I have reviewed SpierHead Pinot Noirs before and I have always been impressed by quality/value equation that those wines delivered.

Well, I have just tasted three whites released by the winery this spring. The Pinot Noir is no fluke. The winery, which just opened in 2010, has found its feet quickly. It was named the Best New Winery at the 2012 BC Wine Awards competition.

The winery is owned by partners William Knutson, a lawyer, Bruce Hirtle, a investment dealer, and Brian Sprout, a leading Okanagan photographer.

They launched with 2008 and 2009 wines made with purchased fruit while waiting for their own Gentleman Farmer Vineyard to come into production. The impressive Pinot Noirs in 2010 and 2011 are from young vines in that vineyard.

Two of the three whites – a Chardonnay and a Riesling - also are from the Gentleman Farm Vineyard.

SpierHead Chardonnay 2011 ($21.90 for 261 cases). Winemaking achieved the best of both world by fermenting 80% of this in steel, preserving the fruitiness, while fermenting and aging the remainder in French oak. As a result, the wine showcases the aromas and flavours of citrus and peach. The oak treatment adds a touch of butteriness and a lingering note of cloves. This is an elegant and fresh Chardonnay. 90.

SpierHead Riesling 2012 ($21.90 for 350 cases). The grapes for this are partly from the Gentleman Farmer Vineyard and partly from the nearby The View Winery. The wine is crisp and lean, with its racy acidity nicely balance with a touch of residual sugar. It has aromas and flavours of lime and lemon with a mineral spine. Savvy consumers will age this for a year to let the aromatics develop fully. 88-90.

SpierHead Pinot Gris 2012 ($18.90 for 250 cases). The grapes for this delicious wine are from the Golden Retreat Vineyard in Summerland. Juicy on the palate, the wine has citrus and apple aromas and delivers flavours of citrus, peach and apple. 90.

Posted by JohnSchreiner at Goodgrog at 7:23 AM