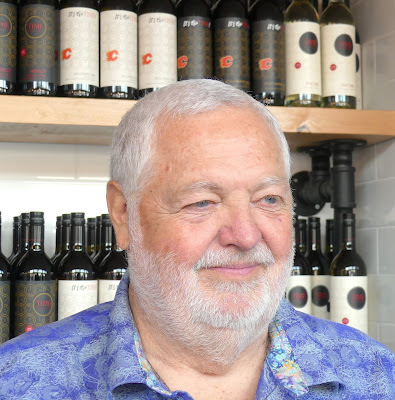 To cap its first full year in downtown Penticton, Time Winery plans to be open for New Year’s Eve this year. It is what you can do when you are an urban winery.

Time is operated by industry icon Harry McWatters and his family. Originally, the winery was going to be on Black Sage Road. Harry was about a year into construction when that property was acquired for Phantom Creek Estate Winery, which expected to open next year.

Never at a loss for a back-up plan, Harry in 2015 purchased a four-screen movie theatre which had recently closed in Penticton. After an extensive renovation, the building reopened this year. It now features a full-service restaurant encompassing a long wine-tasting bar, the locale for the New Year’s party.

Harry, the founder and former owner of Sumac Ridge Estate Winery, has a history with what was formerly the Pen-Mar Theatre.

“I came here in 1957,” Harry recounted in an interview in 2017. “I was 12 years old. I brought a date for a Saturday afternoon matinee. For a couple of years, we would come up here [from Vancouver] as a family for peach festival. We met this family and I took their young daughter to a matinee. It cost 25 cents for admission, soft drink and popcorn for both of us.”

Harry also has a history with urban wineries in Penticton. His first winery job (in sales) was in 1968 with Casabello Wines, then a major producer with a winery on the city’s Main Street. After Casabello was folded into the Jackson-Triggs Winery, its Main Street property was redeveloped with retail stores. By that time, Harry had moved on to found Sumac Ridge in 1980 with partner Lloyd Schmidt.

Sumac Ridge was acquired in 2000 by Vincor International. Harry stayed on for another eight years until stepping down to pursue consulting opportunities. Eventually, he launched wines under the McWatters label and then, because he still owned a Black Sage Road vineyard, he launched Time.

In 2018, Harry has been celebrating his 50th vintage in the Okanagan wine industry. I asked him what some of the memorable vintages have been.

“Probably the most memorable, not necessarily for the positives, was 1981,” Harry recalled. “It was a really, really challenging vintage. We froze on the 28th of September. It was a very cool late summer. The next day, the leaves started to shrivel and fall. Picking was easy. But it is also the vintage when Lloyd Schmidt got his hand caught in the crusher. He and I were doing all of the crushing. He got his hand in the crusher and took the end off two fingers.”

The 2017 vintage is also memorable. The quality of the fruit was excellent and Harry planned to do the entire first crush in the Time winery that fall. That plan was frustrated by development and construction delays. As usual, Harry found a backup.

“We made 14,000 cases of wine,” Harry says. “We did most of it at Okanagan Crush Pad. At one time, we had wine stored at 10 different places, between our warehouse and some rented facilities and Evolve [Time’s sister winery near Summerland].”

However, the 2018 vintage was done in the new winery. By coincidence, the fermentation room formerly was the theatre to which Harry took his date those many years ago. 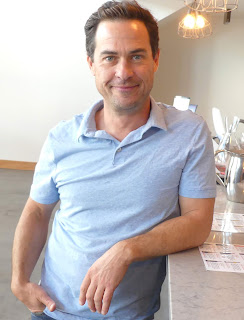 The 12,000-square-foot former theatre has a capacity to produce about 25,000 cases a year, with bottled wines stored offsite. If Harry is around, chances are that he will take guests on a tour.

Here are notes on current releases.

Time Riesling 2017 ($22.99). The wine begins with aromas of citrus lightly mingled with petrol. On the palate, there are flavours of lime and lemon. The palate is refreshing and the finish is crisp. 92.

Time Sauvignon Blanc 2017 ($22.99). This is a barrel-fermented wine. The oak is very well integrated, supporting aromas of lime, peach and pear. 90.

Time Meritage White 2017 ($25). This wine begins with aromas of honeydew melon, pear and citrus. These are echoed in the flavours, which are framed subtly with oak (a portion of the wine was barrel-fermented). 92.

Time Viognier 2017 ($22.99). The wine has the classic aromas and flavours of stone fruits and apples. The flavours are fresh and vibrant with lively acidity. 91.

Time Rosé 2017 ($22.99). This wine begins with aromas of cherry and grapefruit. On the palate, there are flavours of cherry and strawberry. It has a lingering and dry finish. 90.

Time Cabernet Franc 2016 ($24.99). This wine has aromas and flavours of black cherry, blackberry, black currant and chocolate. The brambly flavours linger on the rich palate. 92.

Time Meritage Red 2016 ($29.99). This blend of Bordeaux varietals begins with aromas of red berries including currants and cherry, along with a note of spice. All of this is echoed on the palate of this elegant and polished wine. 92.

McWatters Collection Meritage 2016 ($29.99). This Meritage is bold, with aromas and flavours of cassis and black cherry, along with a note of vanilla. The long, ripe tannins give this wine a mouth-filling texture. 92.

Time Chronos 2013 ($85). This is a bold, concentrated red blend with seven varietals. Only 100 cases have been released. It has aromas and flavours of black cherry, plum and dark chocolate. 95.


Posted by JohnSchreiner at Goodgrog at 8:30 AM