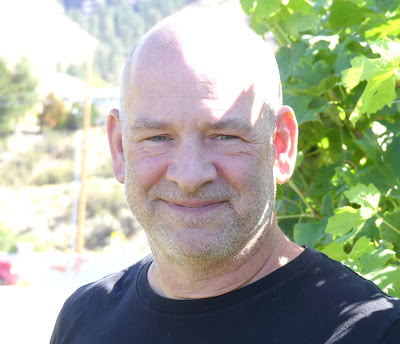 There is a view that far too many grape varietals are grown in the Okanagan Valley. Chris Tolley, the co-proprietor of Moon Curser Vineyard in Osoyoos, would differ.

“I love the diversity,” he says. “I love the affirmation that this valley is capable of doing a wide variety of wines. I have not been the champion of that but it is turning out that way. Maybe we do one of these varieties better than anywhere else in the world.”

The Moon Curser portfolio is unusually rich with varietals that would not be considered mainstream for the valley. Such as Arneis, Dolcetto, Tannat, Tempranillo, Touriga Nacional and Carménère. Coming soon: Nebbiolo.

There is a nod to mainstream varietals such as Viognier, Syrah and Cabernet Sauvignon. And this spring, the winery planted a new 10-acre property in west Osoyoos that includes three acres of Merlot. In 2005, when the first vines were being planted by Moon Curser, Chris planted Merlot because he thought that he could always buy it. Today, Merlot, along with many other varietals, is short supply, forcing vintners to grow their own.

Chris’s viticultural choices have made for challenging grape growing but also for a very interesting wine portfolio.

Take Arneis, which Chris grows, along with Dolcetto, because he has roots in northern Italy, where that white varietal produces crisp and fragrant table wines.

“In Italian, Dolcetto means little sweet one, where Arneis apparently is little rascal,” Chris says. So far, he has produced three vintages of Arneis – and each one ripened at a different time.

The 2016 vintage ripened in September while the 2017 ripened in early November. “If I had that much drama with every variety, I probably would not be in this business,” Chris laughs. “In the end, the 2017 made a very interesting varietally correct Arneis. I quite like it. It has a lot of structure to it.”

Take Tannat, best known for the robust reds made with the varietal in Uruguay and in the south of France. The unusual chemistry of the grape challenged Chris with stuck fermentations when he first made it, something since mastered.

The next challenge was how to use the rustic red in a blend. After trying a number of varietals, he took the suggestion of his wife, Beata, to make a Syrah/Tannat blend. (Both owners trained as winemakers in New Zealand.) That now comprises the blend of Moon Curser’s flagship red, Dead of Night.

“Beata and I blind-tasted blends for Dead of Night two years in a row,” Chris says. “We don’t even bother blind-tasting the Tannat blends now. It is always going to be a Syrah blend. Originally, we tasted other Tannat blends and we always picked the Syrah. They seemed to marry quite well – although the appellation system in France would not allow that.”

The winery does release a modest volume of Tannat on its own, mostly to satisfy the curiosity of tasting room visitors. “We do a pretty nice Tannat compared to other places that do Tannat,” Chris believes. “It is nice to have a variety we do world class, even if it is an alternative variety.”

Then there are Chris’s adventures with Touriga Nacional, the great Portuguese red varietal. An Osoyoos neighbour with Portuguese roots decided to plant some vines. With no viticultural experience, he canvassed the possibilities with Chris and settled on Touriga because it is a Portuguese varietal.

“He put lots of fertilizer on the plants,” Chris says. “The vines grew like crazy. When winter came, they were still green. The first frost came and they all died right down to the ground.”

Not quite all; enough survived that in 2011, about two barrels of wine were produced from what had once been a two-acre vineyard. When an effort to replant did not succeed, the neighbour sold the vineyard to Chris in 2012. Never one to back away from a challenge, Chris salvaged cuttings, had them propagated and planted them in a different vineyard. He made his first significant volume of Touriga Nacional in 2016 – a wine so good that it won a platinum medal this fall at the Lieutenant Governor’s Wine Awards.

Carménère is another varietal grown just by a handful of B.C. wineries. It was grown widely in Bordeaux pre-phylloxera but, because it is a late ripener, was not replanted often in France after phylloxera. The varietal did thrive in Chile, which has no phylloxera, and has been revived during the past 25 years. Black Hills Winery and Moon Curser were the first Okanagan wineries to plant it.

Moon Curser is also among a handful growing Tempranillo, a Spanish varietal that is not quite as challenging as the other non-mainstream varietals. “All it cares about is heat,” Chris has found. “If you get a cool fall, it gets to a certain ripeness and just sits there.” In a cool vintage like 2011, Tempranillo wines were light. Most subsequent vintages have produced bigger, richer Tempranillo.

Moon Curser does pretty well with varieties that are grown more widely in the Okanagan, such as Syrah, Cabernet Sauvignon, Petit Verdot and Malbec.

Moon Curser Arneis 2017 ($22.99 for 344 cases). The wine begins with aromas of papaya, honeydew melon and citrus leading to a medley of flavours echoing the nose. Bright acidity gives the wine a crisp, refreshing finish. 91.

Moon Curser Dolcetto 2017 ($24.99 for 387 cases). This unwooded red begins with aromas of plums, cherries and cloves. These are echoed on the palate, along with notes of blackberry. The texture is round and juicy. A little chilling is called for to enhance the wine’s exuberant freshness. 90.

Moon Curser Carménère 2016 ($39.99 for 407 cases). This wine begins dramatically with aromas of cherry, black pepper and a medley of cooking spices. On the palate, the wine is rich with flavours of cherry, mulberry and spice. 93.

Moon Curser Tempranillo 2016 ($30.99 for 287 cases). The wine begins with aromas of blueberry, cherry and plum leading to flavours of cherry, plum and leather. The finish is generous and savoury. 92.

Moon Curser Touriga Nacional 2016 ($39.99 for 303 cases). A bit of a tour de force, this complex red begins with aromas of violets, fennel and cherry, with more dark fruit on the palate along with fig and chocolate. Long, silky tannins give the wine a generous texture. 94.

Moon Curser Syrah 2016 ($25.99 for 924 cases). The wine welcomes with aromas of plum, black cherry, vanilla and black pepper. The aromas are echoed on the palate, along with flavours of fig, plum, licorice and pepper. The wine is full-bodied. 93.

Moon Curser Malbec 2016 ($30.99 for 388 cases). The wine begins with intense and floral aromas of blueberry and mulberry leading to flavours of blueberry, plum, black cherry and a hint of oak. Long, ripe tannins give the wine a luscious, mouth-filling finish. 93.

Moon Curser Border Vines 2016 ($25.99 for 1,412 cases). This is a blend of 44% Cabernet Sauvignon, 24% Cabernet Franc, 20% Malbec, 7% Petit Verdot and 5% Carménère. The wine begins with aromas of cherry, black currant and blackberry, followed by flavours of black currant, leather and spice on the firm finish. 92.

Moon Curser Petit Verdot 2016 ($30.99 for 189 cases). In the glass, this wine presents with the classic, almost black hue of the varietal. It is a dense, concentrated wine with aromas and flavours of black cherry, spice and slate. This wine should be decanted or cellared a few more years; at this stage, it still has plenty of grip. 92.

Moon Curser Cabernet Sauvignon 2015 ($39.99 for 289 cases). This wine begins with aromas of cassis and mint. On the palate, there are flavours of black cherry, black currant, vanilla and coffee. Long ripe tannins give the wine a generous texture. 92.

Moon Curser Dead of Night 2016 ($39.99 for 380 cases). This is a blend of 50% each of Syrah and Tannat. Full-bodied and deep in color, the wine begins with aromas of plum and black cherry. On the palate, there are flavours of black cherry, fig, leather and licorice. This is a bold wine drinking well now but with the structure to cellar for 10 more years. 95.

Moon Curser Tannat 2014 ($39.99 for 121 cases). This wine is available only to wine club members and in the tasting room. Concentrated and bold, it has aromas of plum, chocolate and coffee leading to a medley of dark fruits on the palate. 92.


Posted by JohnSchreiner at Goodgrog at 3:24 PM