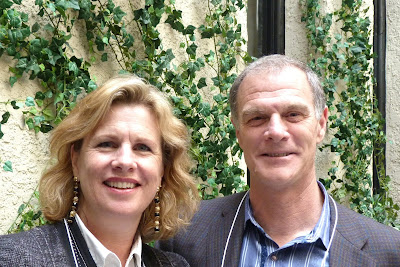 Noble Ridge Vineyard & Winery has two remarkable vineyards in Okanagan Falls. The one at the winery’s tasting room is a rounded peak, with grape vines on all four exposures.

The result: fabulous Cabernet Sauvignon on one slope, fabulous Pinot Noir on another, and terrific fruit for sparkling wine on a third.

Retired lawyer Jim D’Andrea and his wife, Leslie, purchased this 25-acre hilltop in 2001. Cabernet Sauvignon, Merlot and Chardonnay were already planted. They added Pinot Noir (for sparkling wine) and Pinot Gris. In 2006, they purchased an existing vineyard across the road.

Whenever the vineyards yield superlative fruit, the winery makes an ultra-premium wines that are released under the label, King’s Ransom.

Earlier in the fall, the winery also released some reserve wines, with the head of a lion on each label. Think of them as the King’s pride of lions.

Noble Ridge Reserve Chardonnay 2015 ($N/A for 233 cases). This wine, which was aged 14 months in French oak, begins with aromas of peach and citrus. It is rich, even creamy, on the palate with flavours of butterscotch, hazelnut and marmalade. 91.

Noble Ridge The One Brut Sparkling Wine 2015 ($39.90 for 324 cases). This is 70% Chardonnay and 30% Pinot Noir. The wine was 28 months en tirage. It is delicious, with notes of brioche on the nose and palate, along with subtle flavours of apple. The wine has two grams of residual sugar, just enough to support a generous texture on the palate. 92.

Noble Ridge King’s Ransom Cabernet Sauvignon 2015 ($109.90 for 170 cases). The bold and concentrated wine begins with aromas of black currant, black cherry and plum. On the palate, there are layers of dark fruit – black cherry, mulberry, black currant. The finish is enriched with flavours of dark chocolate, leather and cigar box. It is imperative to decant this wine so that it can express its power. The ripe tannins give it a generous texture. 95

Noble Ridge Reserve Meritage 2015 ($34.90 for 670 cases). This is 77% Merlot, 19% Cabernet Sauvignon, two per cent each of Cabernet Franc and Malbec. This wine, which was aged 14 months in French and American oak, was double-decanted. It has aromas of black currant, black cherry and chocolate, which are echoed on the palate along with notes of chocolate and tobacco. 93.


Posted by JohnSchreiner at Goodgrog at 11:21 AM