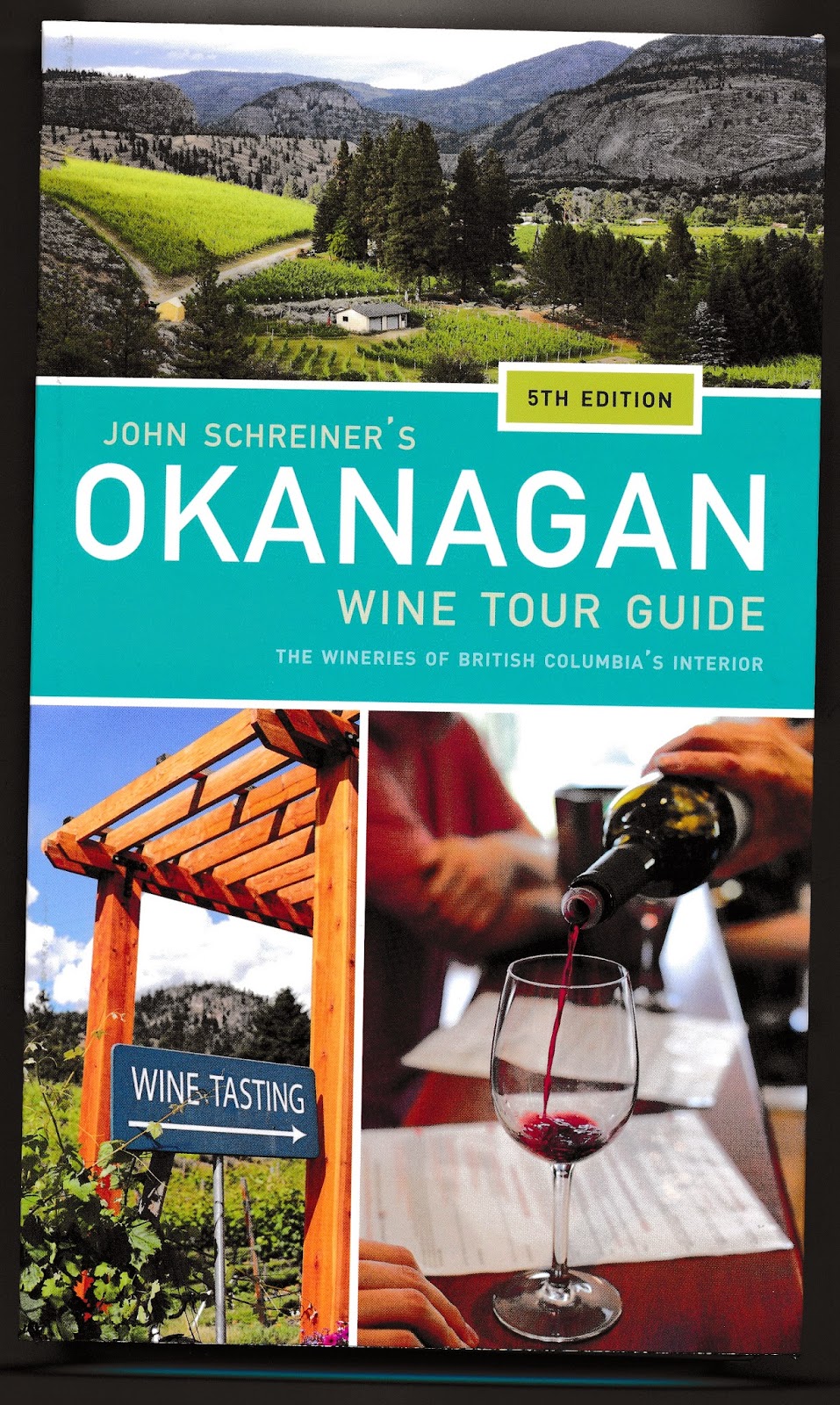 The new edition – the fifth – of John Schreiner’s Okanagan Wine Tour Guide has just been released and is appearing in bookstores, in Okanagan wineries and in VQA stores this weekend.

The retail price is still $20. As well, an E-book version is available on Apple’s ibookstore while a Kobo version is in preparation.

The paperback book is still in the pocket-sized format of earlier editions, except that you need a bigger pocket. This 5th edition runs to 430 pages and profiles 196 wineries – 42 of which are new just in the two years since the previous guide was published.

I wrote the first guide in 2006 because I thought that wine tourists needed a succinct reference book. Each winery profile runs to about 400 words – just long enough to provide the essential background on the people behind each winery. These are the fascinating personal details that you will not get from the tasting room staff: details such as what the winery owners did before they opened a winery; and what drew them to wine. These often colourful details enrich visits to wineries.

The wine industry has almost doubled since 2006. The first edition was 248 pages long and profiled 100 wineries, including a handful that were not open and, for one reason or another, never did open. For example, Stone Mountain Vineyard in developed a vineyard and produced several vintages but never actually sold any wine under its own label. The promoter was an housing developer whose finances collapsed in the 2008 recession. The bankrupt project was purchased that year and has since opened as Meyer Family Vineyards.

There have been other winery bankruptcies and closures since then but these are the exception to the optimism that buoys the B.C. wine industry. In 2010, for example, seven wineries in the Holman Lang group all went bankrupt. Quite remarkably, five of those wineries have opened under new names and new ownership.

As up-to-date as my fifth Tour Guide is, at least five more producers have opened, or are about to, since the manuscript went to bed this spring. Two that I will blog about later this summer are Stable Door Cellars and Coolshanagh Winery. Both are on the Naramata Bench, that compact strip of real estate on which about 40 wineries are now packed.

Of the new wineries in the fifth edition, let me highlight the tasting rooms that wine tourists should not miss.

You can see from that list why you need to get my book before you go wine touring.

Posted by JohnSchreiner at Goodgrog at 10:10 AM