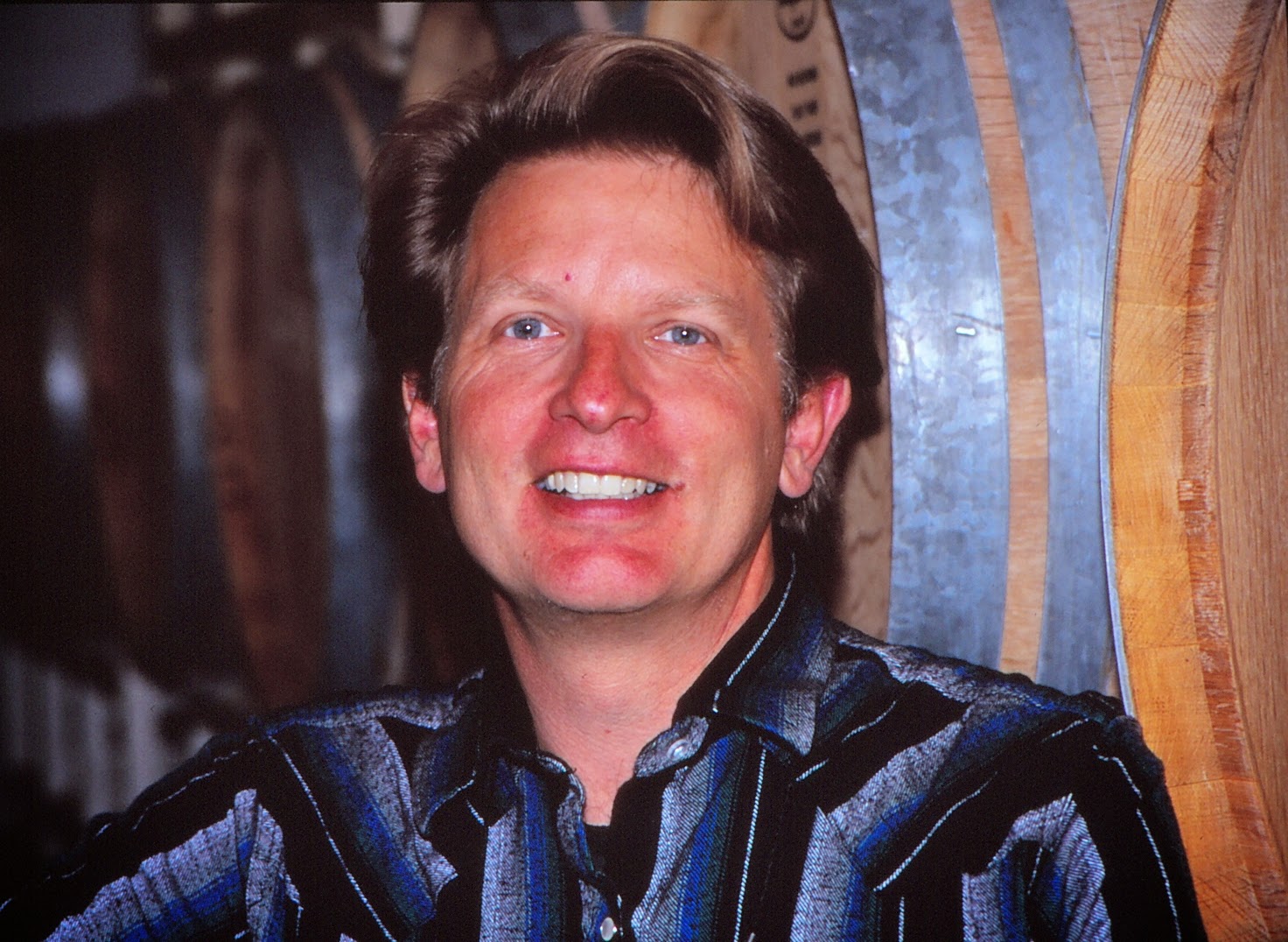 This summer, the fans of winemaker will be drinking his final vintage for Township 7 Vineyards and Winery.

Brad, who had been with Township 7 for nine vintages, has just joined Serendipity Winery at Naramata.

While there has been no reason given for his decision to move on, Township 7 came under new (silent) ownership earlier this year. It is possible that the new owners are not as comfortable as the previous owners with a winemaker who also has his own label.

Brad and his wife, Audralee Daum, own a label called Black Cloud and make Pinot Noir only. In her news release, Serendipity owner Judy Kingston pointed wrote: “As Cooper's exclusive label, Black Cloud Pinot Noir will also find a new production home at Serendipity but remain a private label managed by himself and Daum.”

After an earlier career as a photojournalist, Brad became involved with the Okanagan wine business in 1997. “I started out in the wine shop at [now See Ya Later Ranch],” he says. He had briefly considered a different career change by taking a greenskeeping courses at . It was full; that turned out to be a stroke of luck because Brad spotted the newly-offered winery assistant program in the same catalogue.

He also grabbed opportunities to pile up experience. “I was going to get laid off anyway for the winter of 1998-99, so in the spring of 1999, I went to New Zealand and worked a vintage there, 3 ½ months, with Vidal in Hawke’s Bay.”

In 2002, he left to join the winemaking team at Mt. Baker Vineyards in . He returned to the Okanagan in time for the 2003 vintage at Stag’s Hollow and then joined Township 7 in 2004.

At Serendipity, he takes over from Richard Kanazawa who also has his own label and whose ambitions were also tolerated by Serendipity, but not by several of Richard’s previous employers. Richard has now leased a vineyard and is getting a license for Kanazawa Wines.

Township 7 has not announced who is taking over from Brad. Mike Raffan, the former Township 7 owner and still the general manager, has been working through a number of resumes from winemakers in and the Okanagan.

Here are notes on the current Township 7 releases. Some of the limited production wines are offered only to the Township 7 wine club.

Township 7 Sauvignon Blanc 2013 ($19.99 for 738 cases). This is the crisp herbal Sancerre style of this varietal. It begins with aromas of citrus, gooseberries and spice. On the palate, there are flavours of grapefruit and grapefruit zest, apple and sage. 90.

Township 7 Gewürztraminer 2013 ($19.99 for 158 cases). The wine begins with an alluring aroma of sage and spice, leading to elegant and concentrated flavours of lime and grapefruit. The touch of residual sugar lifts the fruit and fills out the texture while the fresh acidity balances the wine. The finish is dry and refreshing and the spice lingers ever so long. 92.

Township 7 Chardonnay 2012 ($20.99 for 328 cases). A gold medal winner at the All Canadian Wine Awards, this wine begins with toasty and buttery aromas of apples. The wine clearly has been aged in good oak barrels. The citrus and pear flavours mingle with toffee and a hint of fig on the finish. 90.

Township 7 Reserve Chardonnay 2012 ($25.99 for 58 cases). This is a bit more of everything compared with the regular Chardonnay. The wine was aged 16 months in French oak and went through malolactic fermentation. The wine has a rich buttery texture, with aromas of fig and caramel and with flavours of orange and baked apple. The toastiness of the oak gives the wine a smoky note on the finish. This would be an interesting wine to age if the closure were real cork, not synthetic. 90-91.

Township 7 Rosé 2013 ($16.99 for 128 cases). The winery set out to make a dry style rosé, starting with a light hue. The surprise is the varietal mix here: Chardonnay 60%, Gewürztraminer 20%, Pinot Gris 14.5% and Merlot 5.5%. The wine begins with aromas of strawberry, leading to flavours of strawberry and cantaloupe. The texture is fuller than the hue suggests. The finish is dry, with a hint of cranberry. 89.

Township 7 Cabernet Sauvignon 2011 ($26.99 for 518 cases). The grapes for this wine, which also has 15% Merlot in the blend, came from the Blue Terrace Vineyard at Oliver. The wine, which was aged 28 months in French and American oak, begins with a dark hue and with aromas of vanilla and black currant. On the palate, there are flavours of currants, black cherries, black olives and coffee. The finish is persistent. The firm texture – the winery calls this “robust tannins” – suggest this cork-finished wine will benefit from cellaring another six or seven years. The wine is unfiltered and decanting is recommended. 90.
Posted by JohnSchreiner at Goodgrog at 10:32 AM