Big wines from the Similkameen 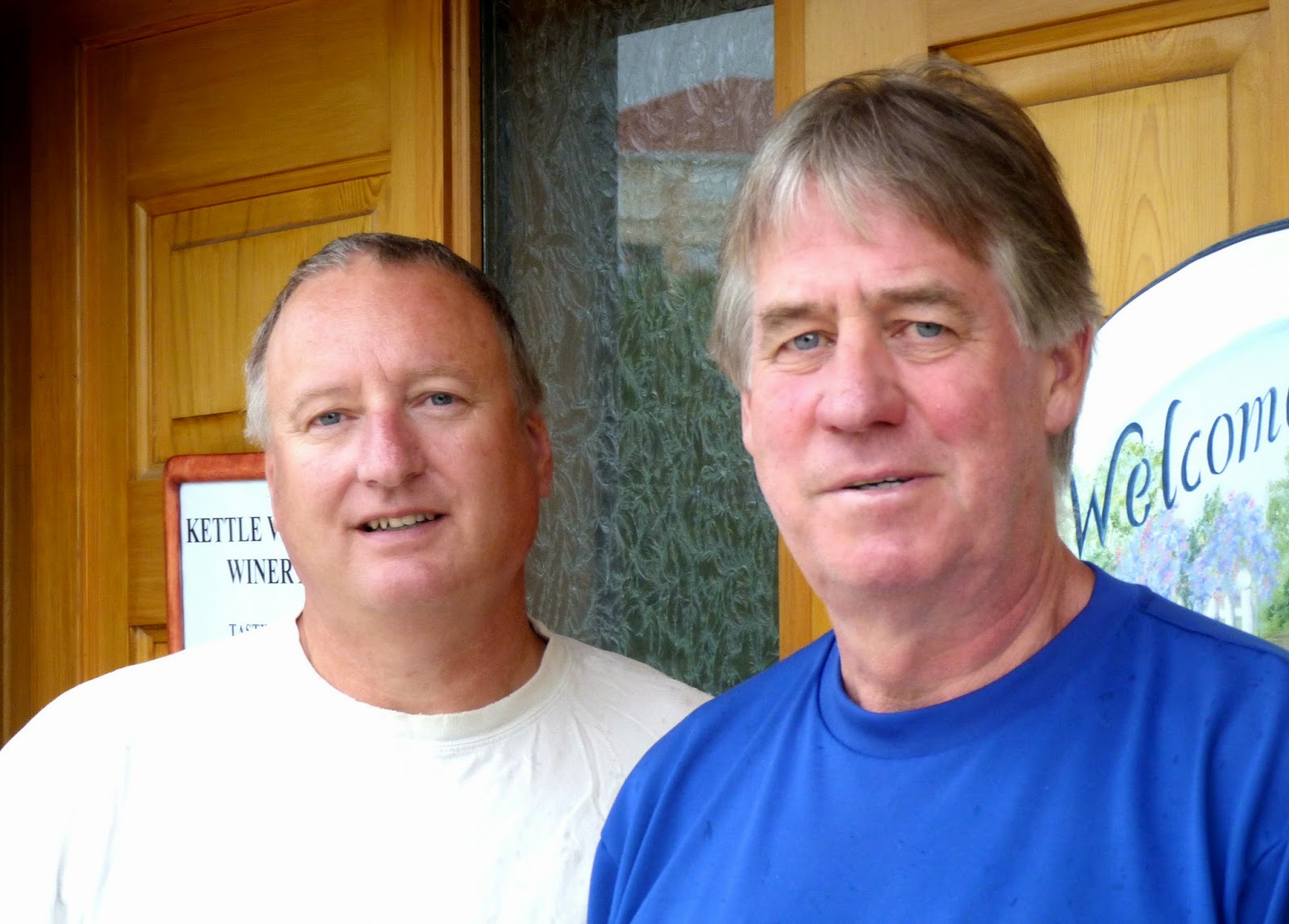 The slogan of Ravenswood Winery in is “no wimpy wine.”

If the slogan were not trademark protected, it could also apply to Kettle Valley Winery’s Great Northern Vineyards in the sun-baked .

Ravenswood made its name with bold Zinfandels. The winery’s website is a particularly good resource for information on the varietal.

There is not much Zinfandel planted in . I am aware of two blocks in the south Okanagan and two in the Similkameen. No doubt there are more but, because the variety ripens unevenly, some growers shy away from it.

The variety’s uneven ripening often results, paradoxically, in wines with robust alcohols. The reason: by the time all of the berries are ripe, a significant part of the bunch has turned to high-sugar raisins.

Recently, I tasted the impressive Mt. Boucherie Family Reserve Zinfandel 2010 made with Similkameen grapes. Even though 2010 was a cool vintage, the wine still has 14.1% alcohol and is packed with robust fruit.

The Great Northern Zinfandel 2012 is from quite a warm vintage and has a body-warming 15.5% alcohol, with even more fruit. It tastes like Zinfandel has a future in the Similkameen.

The Great Northern Vineyard is owned by Colleen Ferguson and Janet Watts, whose husbands – Bob and Tim - grow the grapes and make the wine for . The 2012 vintage was only the second for Great Northern. The winemaker for some of the Great Northern wines is Andrew Watts, the New Zealand-trained son of Janet and Tim.

Winery, which opened in 1996, is named after the legendary rail line that once operated in the Okanagan. The former rail bed, now a walking and biking trail, runs along the top of the Naramata Bench and can be seen from ’s vineyards.

When the owners launched the first Great Northern wines last year, they found a railroad that once operated in the Similkameen. Conveniently, they allowed them to design labels with a locomotive on them that look very much like the labels. That is clever branding.

According to the Wikipedia entry on the Kettle Valley Railroad: “The railroad was built primarily in a mile-for-mile battle with the Vancouver, Victoria and Eastern Railroad (VV&E). The VV&E was actually owned by Great Northern Railway. The competition between the KVR and the VV&E during constructions of both railways was intense and resulted in many areas within the Southern Interior being serviced by two railways, when one would have been sufficient. Eventually, the hatchet was buried between the KVR and VV&E, as they both were forced to collaborate when constructing their railways through the .”

There is even less of the Great Northern rail bed remaining.

Here are notes on the three wines.

Great Northern Vineyards Viognier 2013 ($21 for 162 cases). The wine begins with bold aromas of ripe apricots and hazelnuts. The wine presents a rich and warming palate (alcohol is 15%), with flavours of stone fruits. A portion of this was barrel-fermented and put through malo-lactic fermentation. That probably accounts for the almost buttery texture. The finish persists. 90.

Great Northern Vineyards Syrah 2011 ($24 for 150 cases). This concentrated wine has 13.5% alcohol, reflecting that 2011 was a cool vintage. The vines were cropped only two tons an acre and even then, the fruit was not picked until October 25. The wine begins with aromas of spicy plum and blueberry. The 22 months aging in French oak has polished the tannins. Juicy on the palate, the wine has favours of plum and black cherry, with a touch of spice and pepper on the finish. 90.

Great Northern Vineyards Zinfandel 2012 ($24 for 191 cases). This wine begins with earthy aromas of plum and leather, leading to robust flavours of plum, black cherry and blackberry. The wine presents a huge dollop of ripe sweet berry flavours to the palate. If Ravenswood had made this wine, you know what the tag line would be. 91.
Posted by JohnSchreiner at Goodgrog at 10:04 AM