Township 7 has a new label and a new investor 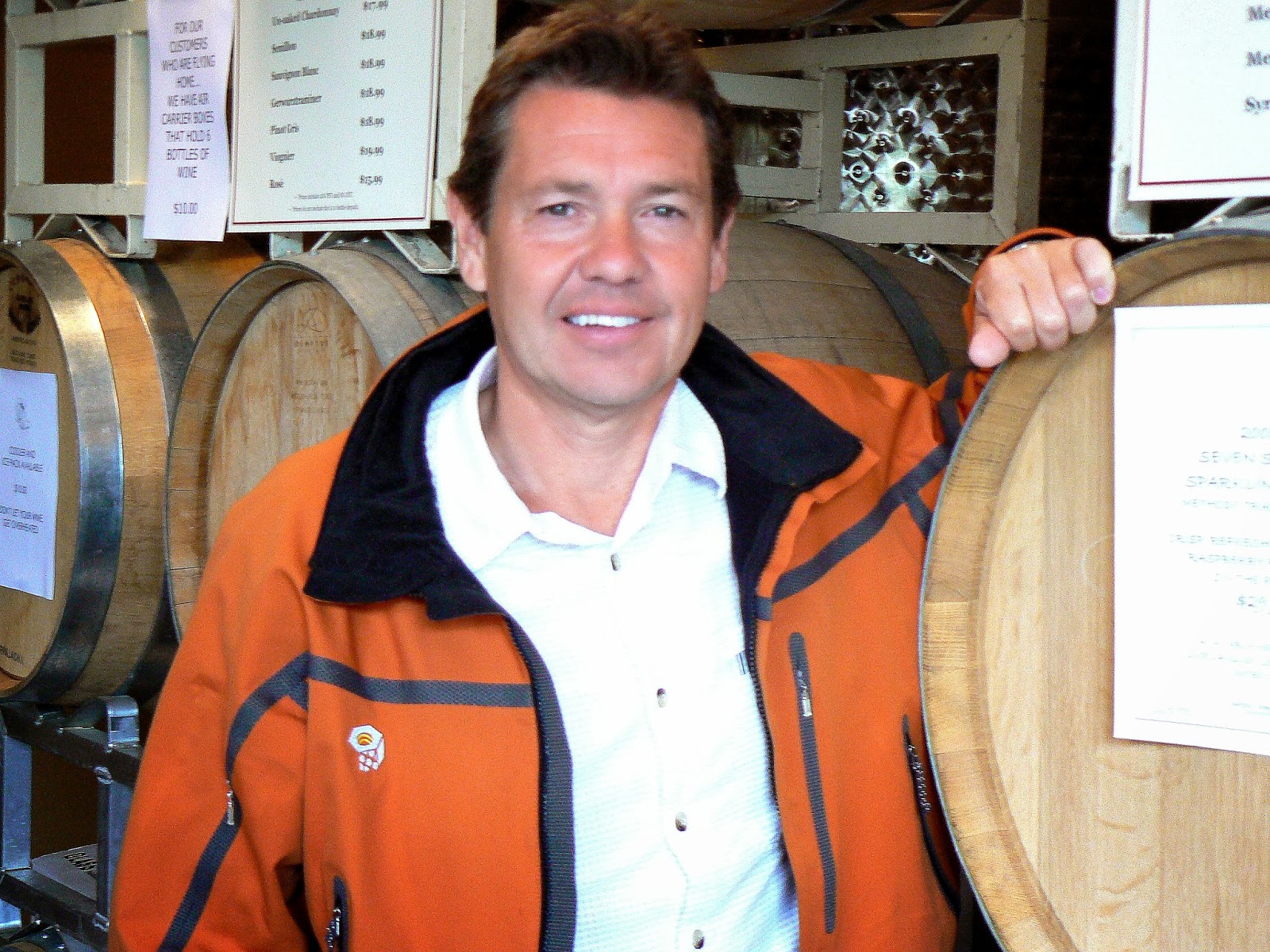 Township 7 Vineyards and Winery has moved into its second decade with a smart new label and a partial change in ownership.

Okanagan restaurateur John Tietzen has sold his interest in the winery to a investor. Because that investor wishes to remain silent and not be involved in winery operations, the identity has not been released.

Tietzen partnered in 2006 with Mike Raffan (another restaurateur) to buy the winery from Gwen and Corey Coleman, who founded it in 2000 in . They opened the winery in 2004.  Both operate under the Township 7 name.

Raffan, winemaker Bradley Cooper, and the other Township 7 remain with the winery under the new ownership structure.

“This transition has been seamless and we are extremely committed to keeping our focus on 'just making quality wine and nothing else',” Raffan told me. “Township 7 has had its best year ever in 2013 and we continue to follow through on the initiatives that helped us achieve this success. Our focus will not waiver from wine quality and exceptional hospitality. We are very excited about a new label, several new wines this year, wine club, tasting room renovations completed and our outstanding people.”

The winery made 7,000 cases in the 2013 vintage. Raffan plans to increase that in the coming vintage.

Tietzen’s final role with Township 7 was piloting through the switch to the new label which is much stronger and effective than the label he and Raffan inherited from the Colemans (right).

The new label (left) was developed by Profero , an ad agency with a client list of beverage heavyweights (Bailey’s, Guinness, Johnny Walker, Smirnoff and Diageo). “Mike and I did not want to do what everyone else had done in the past,” Tietzen said. “We wanted to make a statement.”

The new Township 7 label, which launched in December, certainly does that. The crisp white label dominated by an eye-catching red 7 signals quality far better than the understated former label. “The packaging before was too recessive, not iconic enough and didn’t feel assumptive,” Profero president Aaron Reitkopf said.

“We went to the art director, Harry Garcia, who is an industrial graphic designer,” Tietzen said. “We gave him an outlook of what Township 7 was like, what it was about. He took us through a process that took about three hs, with multiple revisions, with education about how different colours play.

“The number 7 is now quite predominant. In the old l, the number 7 was small. We found that people would say to us ‘we can’t remember the name of your winery … it is seven something’. We also learned from Harry that there are certain colours that actually sell more wine, red and white and black being part of it.”

There is no doubt that the Township 7 wines now have more shelf appeal. As my notes on current releases indicate, the winemaker is delivering the quality that should move those wines off the shelf.

Township 7 Sauvignon Blanc 2012 ($19.99 for 428 cases). If your taste runs to austere Sancerre, here it is – a wine with herbal aromas, flavours of herbs and grapefruit and a very dry finish. There is eight percent Ottonel in the blend to add a note of spice. 87.

Township 7 Pinot Gris 2012 ($19.99 for 138 cases). While the wine begins with a restrained aroma, there are refreshing flavours of apple, pear and melon. The finish is crisp with a hint of spice from the dash of Gewürztraminer in the blend. 89.

Township 7 Cabernet Franc 2011 ($29.99 to the T7 wine club only; 128 cases). Surprising for a winery that opened more than a decade ago, this is the first Cabernet Franc varietal from Township 7. It is a great start, a vibrant wine with great varietal expression. It begins with aromas of cherries and raspberries, leading to flavours cherry, boysenberry and blackberry. Because the wine is young, the initial texture is firm. But with decanting and exposure to air, the texture begins to round out. Cellar this for another five years. 90.

Township 7 Merlot 2010 ($24.99 – and the 1,088 cases are sold out). If this wine is in your cellar, give it a few more years to achieve its potential. Having said that, it is already approachable, with aromas of vanilla, black cherry and oak and flavours of black currant and black cherry. The wine is full and richly concentrated. 90.

Township 7 Cabernet Sauvignon 2010 Blue Terrace Vineyard ($25.99 for 738 cases). This wine begins with aromas of cassis and black cherry. The rich palate delivers flavours of black currant, black cherry and chocolate with hints of cigar box. I heeded the winery’s recommendation to decant this wine. It would be even better to cellar this for perhaps five more years. 91.

Township 7 Reserve 7 2011 ($34.99 for 328 cases). This is a blend of 42% Merlot, 38% Cabernet Sauvignon, 12% Cabernet Franc, 8% ofMalbec and Petit Verdot. It begins dramatically with aromas spicy red fruit and chocolate. Firm but rich in texture, it has flavours of black cherry, black berry and liquorice. As it breathes, the wine opens to offer a pleasing spoonful of sweet fruit to the palate. 91-92

Posted by JohnSchreiner at Goodgrog at 12:04 PM