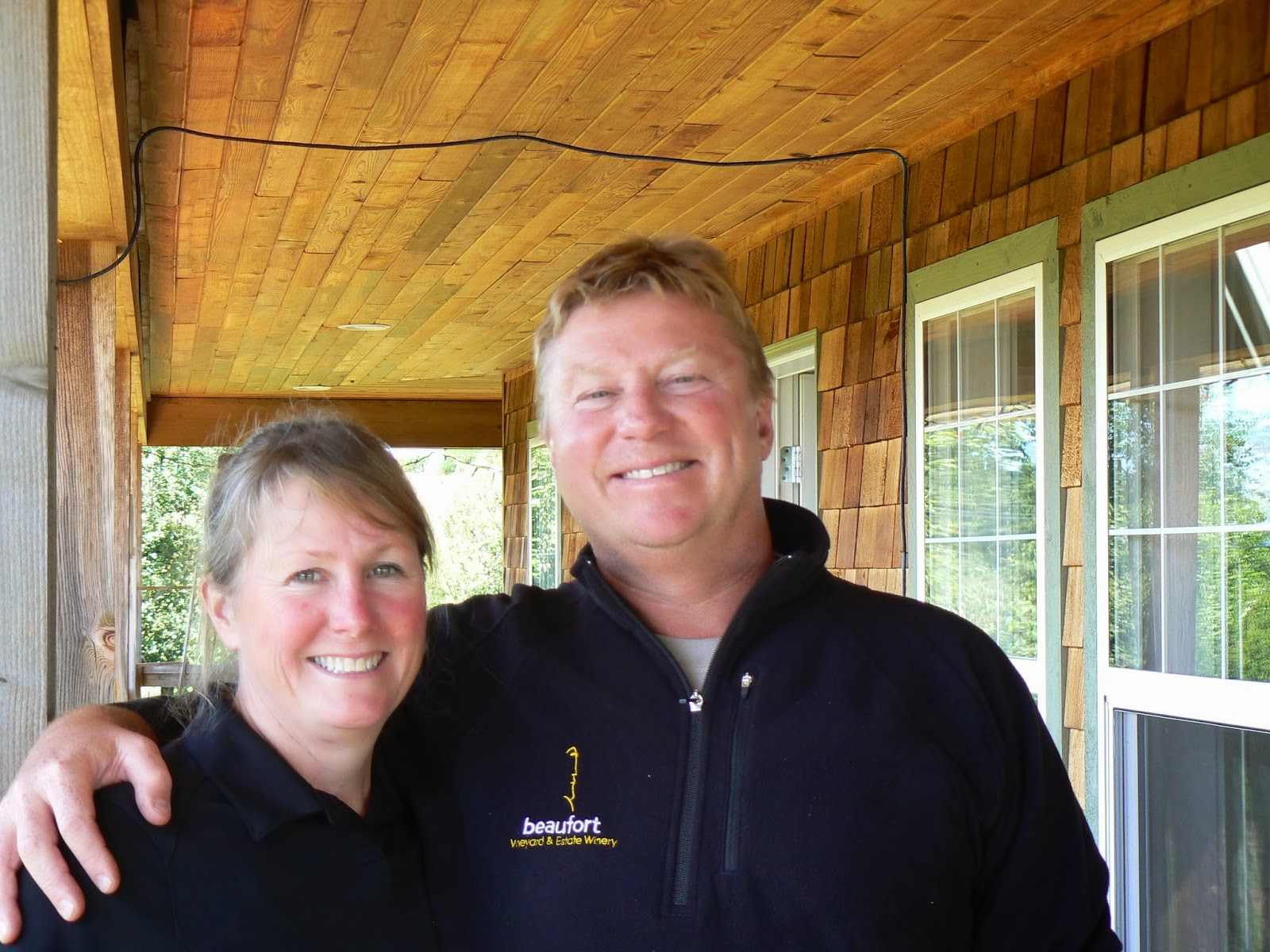 Beaufort Vineyard and Estate Winery in Courtenay is the second winery within a week to announce it soon will have new ownership.

The first, announced last Friday, was CedarCreek Estate Winery of Kelowna which is being acquired by Mission Hill proprietor Anthony von Mandl.

Is this the beginning of industry consolidation? Time will tell. At least a dozen other wineries are listed for sale. One industry insider has been quoted saying that 26 wineries are for sale – one in ten of B.C.’s licensed producers.

Some have been on the market for several years. That may suggest that B.C. wineries may be priced too aggressively. It may also indicate that potential buyers are deterred by the surplus of B.C. wine that is just becoming apparent.

Beaufort was opened in 2008 by Susan and Jeff Vandermolen, a talented couple who levered previous careers in the oil industry into opportunities to see the world. Picking grapes in the in 1991 fired their interest in wine. That interest was consummated in 2005 when they bought an 84-acre farm north of Courtenay. After preparing the land, they planted 7.5 acres of grapes in 2007 (and they have added to that since).

Using both their own grapes and grapes purchased in the Okanagan, Susan and Jeff quickly made a name for themselves with award-winning wines.

Born in 1958 and 1959, Susan and Jeff are young enough for other adventures (they once piloted a sailboat across the ). That appears the motivation for putting Beaufort on the market, although they will continue to live in the .

The new owners are expected to be disclosed when the transaction closes on February 6. Susan and Jeff have assured Beaufort customers that “it will be business as usual, as we have personally committed to assisting the new owners through the transition period, including the next harvest and vintage.”

What is remarkable about the Beaumont and CedarCreek announcements is that they put the spotlight on the gap between the large number of wineries for sale and the small number that actually have sold.

One 2013 transaction of which I am aware was the decision of ’s Groupe Taillan to consolidate its ownership of Osoyoos Larose by buying the 50% owned by Constellation Brands, its former partner.

The other was the ownership transition at Oliver Twist Winery, with Gina and Trevor Mitchell taking over from the winery’s founders, Denise and Bruce Hagerman. The Hagermans structured the sale in a way that made it affordable for the youthful Mitchells. Winery owners having trouble selling might consult with the Hagermans.

A search of the internet shows these B.C. wineries are listed for sale:

This is hardly an exhaustive list. I am aware of others that are for sale. These are often struggling wineries that opened for romantic reasons at a time when there was far less competition.

Mistaken Identity's Cliff Broetz, in responding to this post, offers a succinct analysis of the problems that have so many winery owners looking for new ownership.

"What we can't control are the bigger picture issues," he writes. "How hard it is to interpret and comply with onerous regulation; how it remains virtually impossible to get critical help from our own BC Liquor Distribution Branch when it would clearly be for the greater good; how we are buried in compliance costs that our competitors from outside BC are not facing; how the taxes and fees we pay put us at a large competitive disadvantage; how hard it is to sell in our own country; how the big players in our market interpret the rules ( wrongly I think) to their advantage while keeping the small players small; wrong minded ideas like 'cellared in BC'."

He argues that: "BC could have a much stronger and more vibrant wine industry. Grapes we can grow on the coast and wines we can make are vastly different than our Okanagan competitors. Not better, but different. And it is this difference that COULD make BC known as a vibrant, varied and high quality player in the world of wine. Considerable change is needed. Initiatives that help the small and talented players gain a strong foothold while they develop the potential of our industry. Economic incentives that would render long term paybacks for all stakeholders. Rule changes that would enable us to be stronger in the Canadian marketplace rather than being treated as an import in provinces such as Ontario. BC could be so much further ahead. It would take vision. A vision best developed from the ground up (no pun intended) and not from the offices of bureaucrats."

There is a lot there that needs addressing. I am not sure I saw many of the industry's issues addressed in the recent changes to BC liquor policy.

Posted by JohnSchreiner at Goodgrog at 3:30 PM

Interesting times indeed. It boogles the mind the debt levels, creative partnerships, investor schemes and crazy farm credit/bank arrangements that people will come up with to be a "winery" owner. Growers desperate for a home for their grapes have also thrown their hat into the mix. Stories of first year wineries producing over 10,000 cases of wine and no brand awareness makes one shake ones head and say "what were they thinking?" Unfortunately Theres is much more pain to come.

You hint that market surplus is an issue. Would it help if BC had better access to the rest of Canada?