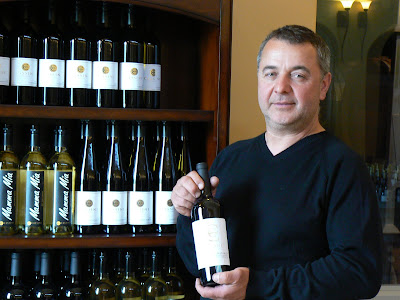 In only its second full year in business, Cassini Cellars of Oliver has been rolling up awards at an astonishing pace.

Yet Cassini is still a small enough producer that it remains a winery still to be discovered.

I was recently on a panel with six other wine professionals. When the discussion turned to British Columbia wineries, none of the others had even heard of Cassini.

Perhaps that is not surprising. There must be a million wineries in the world and only Hugh Johnston has heard of them all.

But professionals in the British Columbia market only have 200 wineries to be familiar with – assuming the wineries make a reasonable effort to get the word out. Clearly, Cassini is still working at elevating its profile.

Having tested a selection of the current releases, I would encourage you to look for the wines. They are impressive. My only quarrel is that the winery uses synthetic stoppers in its Collector’s Series wines. The red wines are built to age for five to seven years. I would prefer natural cork because I don’t trust synthetic stoppers for long haul aging.

Of course, that may not be crucial. Once you get into these delicious wines, you will probably drink them up, not cellar them.

Here is some background on the winery. It is owned by an entrepreneurial Romanian named Adrian Capeneata. He bought a lavender farm beside Highway 97 and, in 2007, replaced the lavender with grape vines. He is a builder, among his many skills, and he has erected a Tuscan-style winery right beside the highway south of Oliver. Wine tourists cannot miss the winery with its golden walls, its red tiled roof and its big parking lot.

The winery’s name, Cassini, is the surname of Adrian’s Italian grandfather. In 2010, Adrian decided to change his own surname to Cassini as well.

The consulting winemaker is Philip Soo, an alumnus of André’s Wines who consults with four or five Okanagan wineries. He tailors the wines to suit each winery’s terroir while producing the styles desired by the owners. Adrian at Cassini is a forceful man. Forceful sums up the personality of these bold and ripe wines.

Here are my notes on the wines.

Cassini Mama Mia 2009 ($18). Now that every one makes Pinot Gris, how do you get yours to stand out on the shelf? Cassini’s answer is to give the wine a saucy name and a bold label. It’s a pretty good wine, too – crisp and fresh, with notes of citrus and pear. The winery released 494 cases and has been selling directly and to restaurants. 88.

Cassini French Couture Viognier 2009 ($19). The rationale for calling this French Couture is that Viognier is a French grape. This is a bold and rich white with flavours of melon, pineapple and pear set against a mineral backbone. 88. 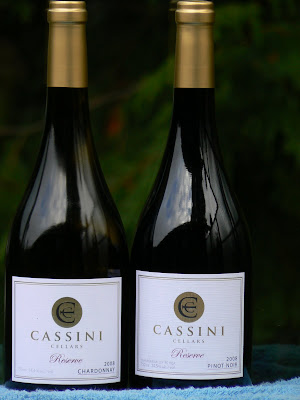 Cassini Chardonnay Reserve 2008 ($29). The winery released 290 cases of a Chardonnay that is rich in tropical flavours. It begins with aromas of tangerines and peaches. On the palate, there are flavours of butter, marmalade and guava, all framed with notes of cloves and toast. The finish does not want to quit. 90.

Cassini Pinot Noir Reserve 2008 ($34). Only 115 cases of this elegant wine were released. It begins with an alluring aroma of strawberries. That leads into flavours of strawberry, cherry and spice. It has the classic sensuous texture of Pinot Noir. 90.

Cassini Malbec 2008 Collector’s Series ($29). This is a really forceful red, with 15% alcohol according to the winery’s online data and 14% according to the label. Perhaps this is what happens when the labels are ordered too soon. It begins with aromas of blackberry and spice and red berries. On the palate, there are flavours of black cherry, plum, spice, mocha and vanilla. A delicious wine with a long finish. 90.

Cassini Syrah 2008 Collector’s Series ($34). The winery only released 367 cases of this wonderfully brawling red. It has pepper on the nose and the finish, with lovely ripe blackberry flavours. In the second day, the pepper had settled down a bit and the sweet fruit revealed itself better. 90. 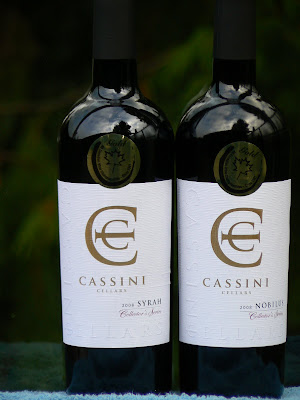 Cassini Nobilus Merlot 2008 Collector’s Series ($39). With this wine (only 290 cases were made), Cassini establishes itself as one of the Okanagan’s best producers of serious Merlot. The wine is richly concentrated with aromas and flavours of blackberry, black currant and plum; there is liquorice and dark chocolate on the finish and just enough ripe tannin to ensure good aging potential. 92. 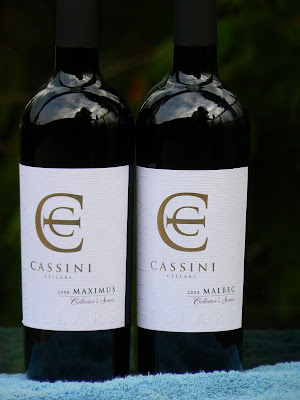 Cassini Maximus 2008 ($29). The winery released 862 cases of its Bordeaux blend, a wine with 63% Cabernet Sauvignon, 31% Merlot and 6% Malbec. It begins with aromas of black currants, vanilla and mint, as one would expect with this much Cabernet Sauvignon in the blend. On the palate, the flavours are ripe – currant, blackberry, black cherry – with spice and sweet fruit on the finish. The wine benefits from being decanted, so that the aromas and flavours really open up. 90.
Posted by JohnSchreiner at Goodgrog at 2:04 PM