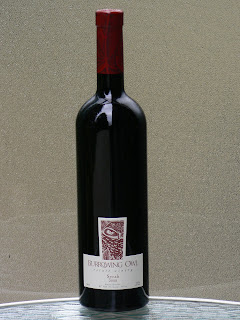 When Jim Wyse bought Burrowing Owl Winery’s Black Sage Road property in the early 1990s, he recognized that he was acquiring one of the most sun-bathed vineyard sites in Canada.

That has enabled Burrowing Owl to produce among the biggest red wines made by any Canadian winery, with remarkable consistency, as is shown by the four 2008 reds released this fall. These are all powerful wines.

This comparison may seem strange but the Burrowing Owl 2008 Syrah ($35) reminded me of a Jaguar sports sedan that the car company loaned me for a week, coincidentally about the same time that Jim was buying his vineyard land.

Let me tell you the story. In those days I was writing for The Financial Post in Vancouver. One day, my telephone rang. It was the Jaguar publication relations executive, wanting to know when he could schedule a media test drive for me. Taken by surprise, I spent a few minutes protesting that I was not the paper’s automobile writer. That did not matter: my name was on the list of journalists that Jaguar wanted to put in the seat of a $75,000 car for a week, no strings attached. (Later, the experience did in fact inspire an article and that was undoubtedly what Jaguar was counting on.)

The long red convertible had a huge 12-cylinder engine. When the power kicked in, this hot car gave you quite a ride. I think the odometer went to at least 150 miles an hour. If I hadn’t backed off, I would have been in Squamish in 15 minutes.

Well, Burrowing Owl’s Syrah has the equivalent of a 12-cylinder power plant. It is an intense and ripe wine, with aromas of spice, vanilla and plums and flavours of earthy plums, blackberries, chocolate and pepper. And the wine packs 15% alcohol! When this high-torque package of flavour and warmth kicks in, hang on for the ride. The winery released 2,751 cases. 88. 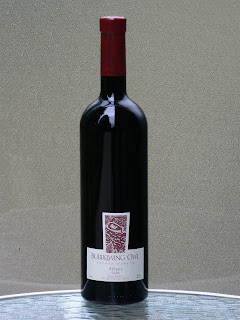 As much as I liked that Syrah, I thought the variety was put to better use in a new blend from the winery. Burrowing Owl 2008 Athene ($ not shown in the web site) is 53% Syrah, 47% Cabernet Sauvignon and a slightly more moderate 14.5% alcohol. It seems to me a better balanced wine and a more complex one – the finesse of, say, a BMW compared to force of that Jag.

This wine – only 663 cases were produced – started as an experimental blend in the winery’s cellar. Both the Syrah and the Cabernet Sauvignon were picked at the end of October. The grapes went into the same tank, to be co-fermented on the skins for 20 days before being pressed.

The result is outstanding: a big, rich red that starts with aromas of spice, mocha, vanilla and black cherry and delivers those flavours, along with touches of mint and cedar and red liquorice on the finish. 92.

The name of the wine – the first new label from Burrowing Owl in eight years – is pronounced “a-THEE-nee.” It comes from athene cunicularia, the biological genus to which the burrowing owl belongs. 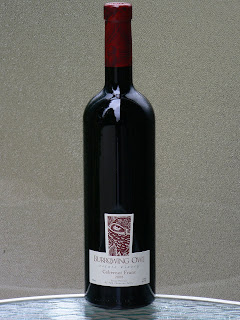 Another excellent release – 1,453 cases - is the Burrowing Owl 2008 Cabernet Franc ($33). The wine begins with the classic brambleberry nose of the variety. The flavours are both ripe and vivacious – spice, black cherry, blackberries, chocolate. The blackberry notes linger on the long finish. The ripe tannins give the wine a satisfying texture and weight. The alcohol is 14.9% but is not nearly so obvious as the alcohol in the Syrah. 90. 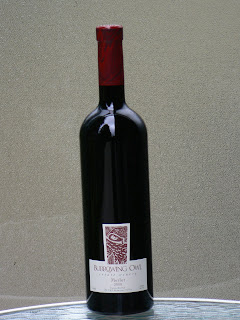 Burrowing Owl 2008 Merlot ($30) is the winery’s bread and butter red, with a release of 6,391 cases. The winery’s own tasting notes speak of flavours of dark cherry, gooseberry, cassis and red berry fruits. I certainly found the cherry, with a note of mocha and coffee in the aroma. What they described as gooseberry corresponds to the tangy cherry note I found on the palate. The 14.6% alcohol, not evident on the finish, tells you that this is another big ripe red. 88.
Posted by JohnSchreiner at Goodgrog at 4:10 PM