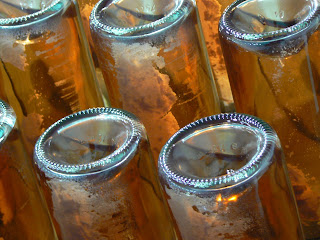 At least two Canadian liquor boards, including the mammoth Liquor Control Board of Ontario, have recently taken a tough line with wineries that have shipped wine across provincial borders to private buyers.

It has been illegal since 1928 to ship wine across provincial borders to any recipient but a provincial liquor board.

In the past, enforcement has been spotty unless the infractions were obvious. Some years ago, for example, a strike at the Saskatchewan Liquor Board caused residents to shop in liquor stores in neighbouring provinces. In one instance, unionized employees stationed themselves in Manitoba Liquor Commission parking lots to note down Saskatchewan license plates. These were passed on to the police in Saskatchewan so that they could stop cars returning from Manitoba and seize liquor.

The issue of trans-border liquor sales is on the regulatory radar screen this time because most wineries now sell through their websites. While they are not supposed to ship directly to purchasers in other provinces, some have been doing it.

Now they are being told to stop. The Red Rooster Winery in the Okanagan got a stern warning from the Manitoba Liquor Commission. As a result, Andrew Peller Ltd. has forbidden all of its British Columbia wineries from filling out-of-province orders.

Another Okanagan winery has had its knuckles rapped by the Ontario board and was threatened with a loss of its listings in Ontario.

The intent of the 1928 legislation, the Importation of Intoxicating Liquors Act, very likely was control. Canadian provinces emerged from Prohibition, which began in 1917 in Canada, by setting up liquor control boards. This was a way of getting the temperance movement off the backs of governments.

The LCBO explained this in its 1990 annual report: “The creation of the LCBO recognized the concerns held by both prohibitionists and anti-prohibitionists; it represented a mid-way point between unrestricted liquor sales and outright prohibition.”

Today, the ban on inter-provincial shipment of wine and other spirits through private channels is all about tax collection. Liquor boards insist on getting their mark-ups from every bottle sold. As they see it, when a winery ships directly to private buyers in other jurisdictions, the winery is evading tax.

The Canadian Vintners Association has been pushing Ottawa to lift the ban. The CVA was optimistic last fall when the federal government said it its throne speech that it intended to remove barriers to interprovincial trade. How many times have we heard that promise?

Once again, that has turned out to be an empty promise. Now, it seems that liquor boards are making sure the door is slammed shut.

The irony is that the United States Supreme Court tore down just such barriers three years ago. Most American wineries now can ship directly across that country.

It would be of great benefit to Canadian wineries if they were allowed to fulfill all orders that come to them from private purchasers. It would allow consumers to buy wines from other regions that are simply not available in most provincial liquor stores.

Try buying a Quebec wine or a Nova Scotia wine at your local liquor monopoly!

Don’t hold your breathe. It may not happen in our lifetimes.
Posted by JohnSchreiner at Goodgrog at 3:55 PM

Its a strange Strange world we live in......

There are no other industries that have to endure this kind of restrictive regulation. The time has come for a bottle of wine to be treated like any other manufactured product.

In a sick way, it's good to know that we in the U.S. (especially in PA where I am) are not the only ones who have to deal with this, and who see it for the madness that it is...