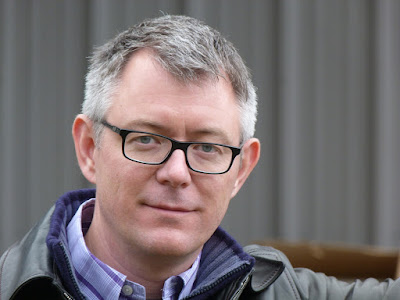 A deliberate spirit of Bordeaux winemaking influences the approach to winemaking at Clos du Soleil Wines in the Similkameen. There is a strong emphasis on making wines that express the terroir.

While the winery purchased fruit from the Okanagan in its early days, that was just a strategy to carry on the business until the estate vineyard was in production. Now, the winery works exclusively with Similkameen fruit, either from its own vines or from nearby vineyards that it manages.

“At Clos du Soleil we are committed to producing wines from the very best vineyard locations in the Similkameen Valley that best demonstrate the unique terroir of our valley,” says Michael Clark, the winery’s managing director and winemaker.

One of the wines reviewed here is from what is called Middle Bench Vineyard. “We don't own it but we have a very long-term and strong relationship with the owner,” writes Michael Clark, the managing director at Clos. “The relationship first developed out of our "Grower's Series Pinot Blanc" from that vineyard, which became a big hit with our customers, and we are committed to continuing to produce that wine in to the future, as wine lovers have come to really value the distinctive and dense expression of Pinot Blanc produced by that site.”

He continues: “The vineyard is only about two minutes from the Clos du Soleil Estate Vineyard, but slightly lower in the valley (the "Middle Bench" as opposed to the "Upper Bench" where Clos du Soleil's Estate Vineyard is located). As a result, the soil is finer, with more silt, and with less stone content. In more recent years, we at Clos du Soleil have actually taken over the farming of that vineyard ourselves, and, since doing that, have been using other grapes from that vineyard too, such as the Syrah we first began producing in the 2014 vintage.”

In June, Clos du Soleil purchased an additional 10-acre parcel on Upper Bench Road, near its current 10-acre estate vineyard. In the French spirit, this block is being called “Les Collines” which is French for hills. “The land is hilly terrain comprised of several steep ridges which is ideal terroir for growing Sauvignon Blanc and Semillon grapes that will be used to produce Clos du Soleil's white wines such as their flagship white Capella and the Estate Reserve White,” the winery said in its announcement.

Initial plans call for planting half of the block in 2018. The site is already certified for organic production. Michael plans to go further, introducing biodynamic practices here.

The winery’s announcement continued: “For grape growing, the soil composition is of paramount importance for establishing a vineyard. The soil at Les Collines is extremely rocky with high levels of angular rocks within the gravelly loam and is similar in composition to the Upper Bench Similkameen soil series seen on the Estate vineyard. The organic practices in place on this property have contributed to maintaining soil health and quality. As a result, Les Collines is already primed for the highest-quality grape production.”

Clos du Soleil Growers Series Syrah 2015 ($33.90 for eight barrels). The grapes for this wine are from Middle Bench Vineyard. This delicious wine delivers a big mouthful of sweet fruit – black cherry and plum accented with notes of vanilla and mocha. There is a hint of white pepper on the nose and on the finish. 90.

Clos du Soleil Signature 2014 ($44.90 for 29 barrels). This is a blend of 38% Cabernet Sauvignon, 37% Merlot, 14% Petit Verdot, 8% Cabernet Franc and 3% Malbec. This wine begins with aromas of mint, cassis and vanilla, leading to flavours black cherry, black currant, plum, vanilla and chocolate. Decanting is recommended to allow this wine to express its power. 94.

Clos du Soleil Estate Reserve Red 2013 ($59.90 for eight barrels). This is a blend of 50% Cabernet Sauvignon, 37% Merlot, 8% Cabernet Franc, 4% Petit Verdot and 1% Malbec. The wine was aged 17 months in French oak barrels. This has the elegance and power for a Grand Cru from Bordeaux. The wine begins with aromas of cassis, blackberry and blueberry. On the palate, it delivers flavours of black currant. On the finish, notes of leather and black olives mingle with spice. Decanting is also recommended for this wine, which was bottled unfined and unfiltered. 94.
Posted by JohnSchreiner at Goodgrog at 8:47 AM