Blue Mountain: at the top of its game 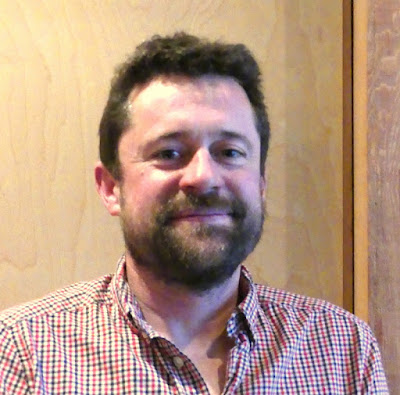 Almost since its first vintage in 1991, Blue Mountain Vineyards & Cellars has had a strong following for its wines.

There was a time when customers needed to get on the winery’s mailing list. When the postcard arrived, announcing a new release, he who hesitated missed out because the wine sold out so quickly.

I once was in charge of securing wine for a couple of family weddings. The winery did me the favour of supplying the wines. In both instances, this created something of a sensation among the guests who appreciated good wine. It gave me a lot of satisfaction that the guests were not being served plonk.

It has become easier these days to get Blue Mountain wine. You need not ask for a favour or two. The Okanagan Falls tasting room is open from spring through fall. The wines shows up in wine stores. There still is a strong demand for Blue Mountain’s wines but there also are about 300 wineries in British Columbia. In the early 90s, there were perhaps 20 or 30 wineries in British Columbia. There is a lot more wine to choose from these days.

Even so, Blue Mountain remains at the top of its game. It makes all of its wines from the 38-hectare estate vineyard. It could increase production by buying and planting more vineyard in the Okanagan Falls region if there were some adjacent to the estate. That is not likely to happen.

“We are much better off to stay focussed on what we are doing,” says winemaker Matt Mavety, whose parents, Ian and Jane, founded the winery. “The overall goal here is not to get bigger. It is more about trying to fine tune the wines we are making. That is the family’s long-term perspective right now.”

The winery makes both still table wines and sparkling wines, in two tiers – regular and reserve.

The sparkling wines are all made in the traditional method of Champagne. The base wines are fermented to dryness, blended where appropriate, and then put in heavy bottles for the secondary fermentation that produces fine and long-lasting bubbles.

Blue Mountain is especially disciplined when it comes to making bubble. Gold Label Brut, its “regular” sparkling wine, ages about two years on the yeast lees before the wine is disgorged. This enhances the body of the wine and develops the classic brioche aromas and flavours.

“For us, a minimum aging time for Gold Label is two years,” Matt says. “If we can’t do two years, there is no point doing it.”

The reserves remain on the yeast lees for five or six years (36 months in the case of the Rosé). The extra time on lees develops more intensity and more complexity, putting the wine on the same quality level as Champagne – without costing as much.

In early 199os, when Blue Mountain began making bubble, there were just three other BC wineries making sparkling wine. Today, I would estimate that at least 100 wineries have released bubbly, or are working on it, in every style from carbonated to traditional method. Even with that much competition, Blue Mountain is still one of the leading producers of bubble.

Here are notes on the wines. (R.D. means recently disgorged.)

Blue Mountain Pinot Gris 2016 ($21). This complex white wine is made with fruit from 30-year-old vines. Forty percent was fermented and aged for eight months in French oak (new and used). The remainder was fermented and aged in stainless steel. The two lots were blended in June 2017. The result is an elegant and complex white, with aromas and flavours of citrus, pear and apple. It is crisp and dry, with a hint of anise on the finish. 90.

Blue Mountain Pinot Noir 2015 ($30). This wine, made with six clones of Pinot Noir from mature vines, has been aged 16 months in French oak (ranging from new barrels to three-year-old barrels). The wine begins with aromas of cherry and toasty oak. On the generous palate, there are flavours of cherry, cassis, vanilla and toasty oak, with spicy notes on the finish. The richness of flavour reflects the hot 2015 vintage but the moderate alcohol, just 12.5%, tells us that the Mavety family took pains to pick early to retain freshness and acidity. 90.

Blue Mountain Brut Rosé 2013 R.D. ($33). This is 65% Pinot Noir and 35% Chardonnay. The wine presents in the glass with a rose petal hue and with fine bubbles. Those bubbles propel aromas of strawberry and flavours of raspberry. Crisply dry on the finish, this would be an excellent wine for brunch. 91.

Blue Mountain Blanc de Blancs 2009 R.D. ($39.90). This wine was disgorged in in August 2016 and spent a little more than a year aging in bottle before release this fall. Made in the traditional Champagne method from Chardonnay, this is easily a match for Champagne. Crisp and dry, the wine has a lively mousse that delivers brioche and citrus aromas. On the palate, there are hints of green apple mingled with a nutty, toasty finish. 92.

Blue Mountain Reserve Brut 2009 R.D. ($39.90). This elegant wine is 55% Chardonnay and 45% Pinot Noir, a classic Champagne blend. The wine was aged on the lees for six and a half years, was disgorged in August 16, and aged more than a year in bottle before release. The wine, which has a fine mousse, begins with aromas of brioche and apple which are echoed in the flavours, along with a hint of strawberry. Time on the lees has given this wine an appealing rich and creamy texture. 93.
Posted by JohnSchreiner at Goodgrog at 11:25 AM