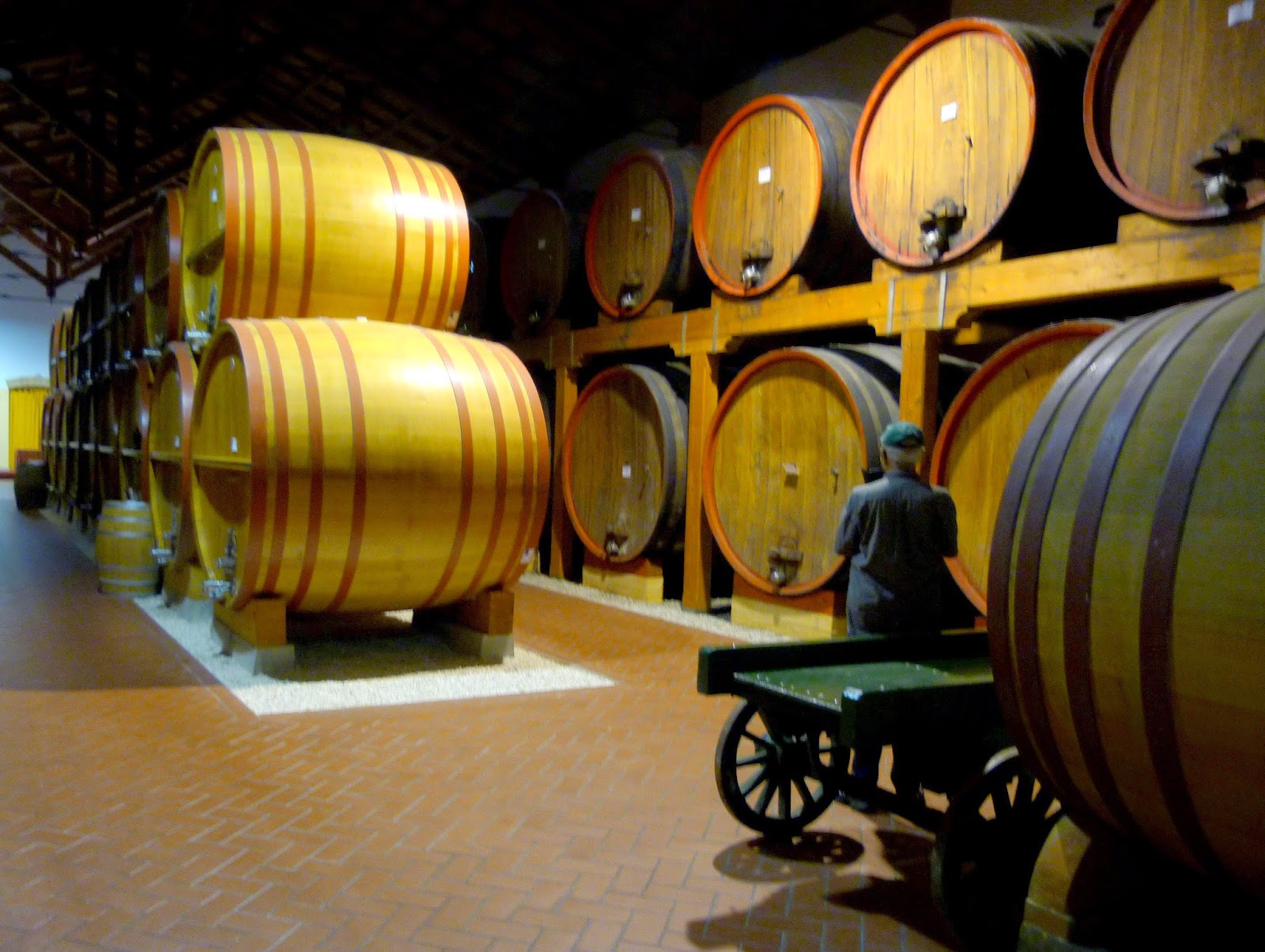 Since it was founded in 1860, the Pellegrino winery has remained both a leading producer and family-owned.

That has not been easy. In the edition published in 2006, The Oxford Companion to Wine says this in its entry on wines: “Production figures show a wine virtually on its death-bed.”

Yet since that was written, the gleaming white Pellegrino winery in the city of Marsala added in 2014 what must be one of the most elegant tasting rooms in Sicily. It has placed historical winemaking artefacts throughout its remarkably clean cellars. Those cellars contain 52 vats full of , each with a capacity of 300 hectolitres. Some death bed, indeed.

It must be admitted, however, that Pellegrino also makes table wines under the Duca di Castelmonte label. Table wines now account for 60% of the eight million bottles of wine made each year by this winery, with and another dessert wine accounting for 40%. The winery also produces and exports sacramental wine, the demand for which, presumably, is healthier than the demand for .

The winery was founded in 1860 by Carlo Pellegrino, very likely at the inspiration of his French wife who was from a winemaking family in Sauternes. Over six generations, marriages have changed the surnames of the owners; but the family still owns all the shares of Pellegrino. At several points in the winery, the Pellegrino family tree is prominently displayed.

The winery, by the way, is not related to the sparkling water of the same name.

Pellegrino was one of the Sicilian families that took control of the once-burgeoning business from its English founders.

In its account, the Oxford Companion notes that an English merchant named John Woodhouse, on arriving at the port of Marsala, in 1770, discovered that the local wine somewhat resembled Madeira and decided to test the market by shipping some to Britain. He is said to have “invented” by adding 8.5 gallons of grape spirit to each 105-gallon barrel of wine. The point of fortifying it was to make it more stable for shipping.

The wine was such a success that he opened his own warehouse and cellar in by 1796.

“The victualling of Nelson’s fleet in 1798 doubtlessly assisted in spreading the name of the wine,” the Oxford Companion observes.

Hugh Johnson, in his Modern Encyclopedia of Wine, writes: “In a sense it is ’s sherry, without sherry’s brilliant finesse or limitless aging capacity.” His brief entry makes it evident that he is not a fan – or has not had much opportunity to taste good examples.

In the 1960s and 1970s, the wine producers sought to extend their wine’s real by making wines flavour with coffee, chocolate, strawberries, almonds and eggs. These were all called until 1984, when the DOC rules were tightened and the name was limited to undoctored wines.

There still are numerous types of . Pellegrino makes a dozen different examples. The primary wines are:

The new tasting room, called Overture, aims at accelerating wine tourism. It is actually a four-storey building with a projection room in the basement, a retail outlet on the main floor, tasting rooms on the next level and a room for viewing the seacoast scenery on the top floor.

That is not this tourist-oriented winery’s only venue for special events. The Pellegrino property also includes two huge silos built as wine storage tanks in 1950, when was still in its heyday.

Pellegrino stopped storing wine in them in 1990 and has since converted them into function rooms, with a professional kitchen and a professional tasting room. The tanks are so huge that there is an elevator for those who do not care to climb four levels to the top.

The tasting at Pellegrino included a few examples of table wines as well, all of them very well made – and probably hard to find in my market. Sicilian wines are especially interesting because many are made with indigenous grapes. A white variety called Grillo, which is used in making , yields surprisingly fresh and crisp whites.

There is no Grillo listed by the British Columbia Liquor Distribution Branch (some private stores have various examples). The LDB, however, lists Pinot Grigio from . Even if Pinot Grigio is easier to sell than Grillo, it is absurd to list that varietal from when far better ones come from northern .

Posted by JohnSchreiner at Goodgrog at 11:33 AM