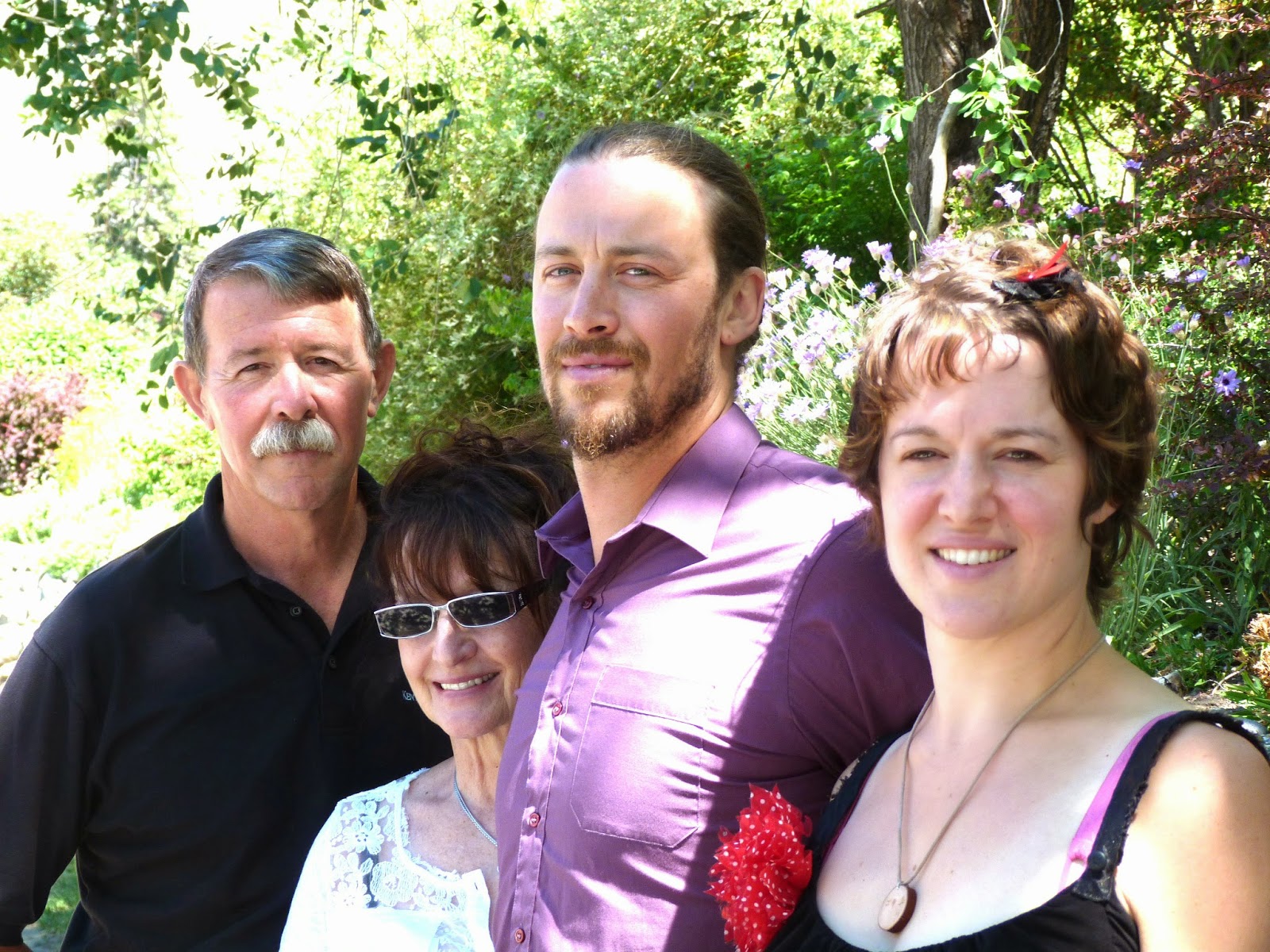 The ’s winery population has grown by one, with the opening last month of Hugging Tree Winery.

A family-owned and operated winery, Hugging Tree is located on the east side of Highway 3. The tasting room is modest but comfortable. The family members who take turns behind the tasting bar create a friendly atmosphere.

One need not limit the conversation to wine. Cristine Makepeace, one of the proprietors, is an enthusiastic organic gardener. She also makes excellent peach jam from the farm’s peaches and sells the jams in the wine shop.

Here is the text of the Hugging Tree profile from the recent edition of John Schreiner’s Okanagan Wine Tour Guide.

Walter and Cristine Makepeace moved 13 times during their careers with the RCMP. In 2005, just before Walter retired from the force, they settled down in the south , buying a highway-side organic apple and peach orchard near Cawston where they could finally put down roots for themselves and for their three children. Nine years later, the property has blossomed into a family-operated estate winery that includes daughter Jennifer and sons Brad and Wes.

Their interest in wine burgeoned after they were posted to Oliver in 1993. Walter says “the bug” was put in his ear by Randy Toor, one of the owners of Desert Hills Estate Winery and then an auxiliary RCMP constable. “He was just getting into grape growing and he said, ‘Walt, you should buy a vineyard’,” Walter remembers. A volunteer spot at a winery during a wine festival motivated him even further. “I worked the till one of the days,” Walter says. “There was a line-up. Everybody was standing there with credit cards and money in their hands and they all had smiles on their faces. I said, ‘I have got to become a part of this’.”

Their search for a vineyard ended when George Hanson, the owner of Seven Stones Winery, directed them to a 24-hectare (60-acre) property located almost across the highway from Seven Stones. Half of the property was orchard; the other half was raw land. (A pair of entangled willow trees on the lawn inspired the winery’s name.) Walter planted grapes on the second half in 2007 and 2008 and now has an eight-hectare (20-acre) vineyard, all of it in reds except for a modest block of Viognier. Syrah planted unsuccessfully on another four hectares (10 acres) was removed, making room for a white varietal in future, as well as for a winery cellar.

Walter contracted Serendipity Winery to make the wines in 2011 (50 cases of Cabernet Sauvignon) and in 2012 (1,400 cases). Both Walter and Brad, his son, have taken viticulture and winemaking courses at . Brad is the emerging winemaker, a career choice flowing from the family’s roots decision. Brad was a professional snowboarder, rock musician and bartender in Whistler until he decided to move to the farm. “I wanted to support my dad’s dreams,” Brad says. “And when I spent time here, I got addicted to the lifestyle and the valley and the beauty.”

To expand on that, Hugging Tree’s consulting wine maker is Richard Kanazawa who, until recently, was the winemaker at Serendipity. Richard has his own label, Kanazawa Wines, now based on a Naramata vineyard.

Because Hugging Tree will not have a press of its own until next season, the 2014 crush will be done by Richard and Brad at Synchromesh Wines in Okanagan Falls.

Hugging Tree Viognier 2013 ($17 for about 275 cases). A delicious wine, it has aromas of tropical fruits that jump from the glass. On the palate, there are flavours of lychee, green apple and apricot. Bright acidity gives this wine a tangy, refreshing finish. 90.

Hugging Tree Rosé 2013 ($18 for about 330 cases). This made with Merlot and Cabernet Sauvignon juice. The wine has aromas of strawberry and candy apple, leading to strawberry flavours and a crisp, dry finish. 90. 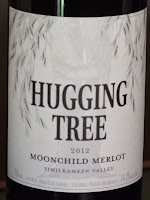 Hugging Tree Moonchild Merlot 2012 ($21 for about 500 cases). The name is an obscure astrological reference with special meaning to the Makepeace family. The rest of us need only enjoy the wine which begins with a touch of vanilla, oak and black currant on the nose. On the palate, there are flavours of black currants and blueberries. The ripe tannins give the wine a generous texture. 89. 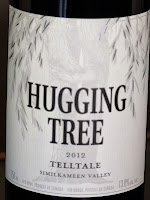 Hugging Tree Telltale 2012 ($25 for about 600 cases). This is 48% Merlot, 33% Cabernet Sauvignon and 19% Cabernet Franc. This is a well-made Meritage from a strong vintage. It begins with aromas of blackberry and cassis. On the generous palate, there are flavours of black current, blackberry, raspberry, with a touch of vanilla and chocolate. With a firm (but not hard) texture, this wine is three to four years away from peaking. 90-92.

Hugging Tree Vista 2012 ($35 for 75 cases). This is 65% Cabernet Sauvignon and 35% Syrah. It is a wine with considerable intensity. It begins with aromas of pomegranate and black cherry mingled with the meaty notes of rare steak. On the palate, there are flavours of pomegranate, black cherry and black currant. The texture is firm and the wine should be cellared for a few years. 90 - 91.
Posted by JohnSchreiner at Goodgrog at 8:08 AM