Three vintages of The Referènce from Blackwood Lane

That wine is a blend with a great name - The Referènce – and the quality of the wine lives up to the name. The winery’s website lists two available vintages, the 2006 and the 2007. , the winery owner, has just released the 2008.

This is certainly a case of “no wine before its time,” to recall the great Paul Masson advertising slogan from the 1970s.

“True to its pedigree, it is a blend of Cabernet Sauvignon, Merlot, Cabernet Franc, Petit Verdot and Malbec,” Carlos says in a covering note with the sample. “The wine has been extensively aged in both barriques and puncheons. In fact this holds the record: a five-year journey from crush to bottle. Needless to say, there is no substitution for TIME. It is really amazing what one can accomplish if we had all the time in the world.” 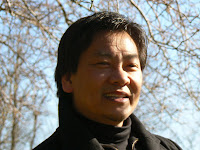 The winery, which began marketing wines in 2007 and which opened its tasting room two years later, was founded by and Charles Herrold. Charles subsequently became involved with a winemaking project in , selling his interest in to Carlos in 2011.

Obviously, Charles has his finger prints on the currently available vintages of The Referènce. However, Carlos would have finished the 2008, getting it from oak to bottle.

There is a strong familial style to the wines, giving The Referènce the consistency desired by collectors; this is, after all, a wine for collectors and for special occasions.

Since $100-plus wines are not in everyone’s budget, you can satisfy your curiosity by booking a winery tour and tasting. The website lists that as costing $50 but no one would expect a winery just to give away icon wines. That strikes me as a good deal.

The tasting room is open for drop-in visitors as well. The range of wines begins with a $29 red blend and includes a couple of wines described as “Canadian Ports.”

Here are notes – mine and the winery’s – on the three vintages of The Referènce.

The Referènce 2006 ($150). Here is what the winery says about it. “Our finest Cabernet Sauvignon, Merlot, Cabernet Franc, Malbec, and Petit Verdot grapes were selected and cool fermented separately to create this balanced and age worthy Bordeaux-style blend. New French barriques with extra tight grain were used for the first year and the wine spent its final year in , Nevers, Jupille, and Tronçais forest puncheons that allowed reduction of the wine while maintaining its fragrant fruit and complex spice character. Over 80% free run juice gives the Referènce fine-grained natural tannins that result in extraordinary length of finish. Look for dark cherry, boysenberry, cassis, chocolate, cigar box and cedar aromas with high notes of eucalyptus, pencil shavings and violets. Approachable now but has the acidity and structure to enjoy for the next two decades.”

I might beg to differ on the longevity. I think the wine is ready now and should hold at this level for three to five years but not for 20. It has refined, silky tannins. It begins with aromas of cassis, vanilla and red berries. On the palate, the cassis mingles with plum and black cherry. 92.

The Referènce 2007 ($99).  The winery notes, for the most part, repeat those of the 2006 vintage regarding the making and aging of the wine.  “Look for dark cherry, plums, cassis, chocolate, cigar box and cedar aromas with high notes of figs currants and spice. Approachable now but has the acidity and structure to enjoy for the next two decades.”

I won’t quarrel with the longevity forecast this time. The wine is slightly bigger and richer than the 2006 and the tannins, while polished, have the firmness to go the distance. The wine begins with aromas of plum, cassis, spice, vanilla and oak. On the palate, there are notes of black cherry, boysenberry, vanilla, espresso and dark chocolate. The finish is very long. 94.

The Referènce 2008 ($99).  This is not yet on the winery website, so I am guessing the price is unchanged from the previous vintage. This is a riper, fuller and darker wine that the previous vintage, beginning with aromas of cassis and vanilla. The leads to flavours of cassis, black cherry, dark chocolate, vanilla and coffee. The texture is still firm, but not hard, and the wine certainly is age worthy. There is a very long finish with notes of cedar and spice. 95.

Good wines Blackwood Lane is a good place to visit