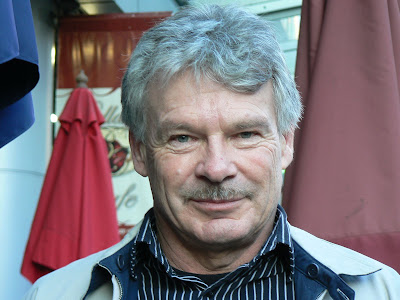 In a major expansion, a new British Columbia Wine Awards competition will be launched this fall by the Okanagan Wine Festivals Society.

The new competition replaces the traditional competition that the OWFS has been running for 30 years. In all that time, the competition has been open only to wineries that are members of the OWFS – which is to say, Okanagan and Similkameen wineries making grape wines.

The British Columbia Wine Awards are open to all the wineries of British Columbia, including the fruit wineries. The OWFS anticipates 600 entries for the competition, with the judging taking place in Kelowna from October 3 to 6.

A panel of 12 judges (I am one) will award gold, silver and bronze medals, along with “Best Overall” awards for red, white and dessert wine and a Best New Winery award.

The only other British Columbia competition open to all wineries (except fruit wineries) is the Lieutenant Governor’s Awards of Excellence in Wine. It makes only 12 awards. In the eight years since it was launched, virtually all the awards have gone to Okanagan wineries.

I expect that Okanagan wineries will dominate the BC Wine Awards as well, but only because most of British Columbia’s 175 or so wineries are in the Okanagan.

But I would not be surprised to see significant medals go to wineries on Vancouver Island and in the Kootenays, assuming those wineries compete. For example, Creston’s Skimmerhorn Winery, while practically unknown outside the region, is a pretty accomplished winery. Mark Rattray, the winemaker, travels here each vintage from New Zealand and makes excellent wines for owners Al and Marleem Hoag.

The Vancouver Island (and Gulf Islands) wineries will be able to compete with wines from the 2009 vintage, which was a great year for quality. Most of the 2009 island wines I have tasted this year have been very good indeed. Once again, those wines are rarely seen off the island. A few gold and silver medals for these wines will draw the attention that these wineries deserve.

Allowing fruit wines into a major competition in this province is a breakthrough for the burgeoning number of fruit wine producers. Often, fruit wines are excluded: for example, the Vancouver Playhouse Wine Festival almost never allows fruit wines into its show. To be sure, the Playhouse gets applications each year from far more grape wineries than it has room for.

I suspect that the fruit wine flights will be the most challenging to judge, since few, if any, of the judges have experience with fruit wines. However, we all have to start somewhere.

There are perhaps two dozen fruit wineries in British Columbia. And most of the grape wineries on Vancouver Island also make blackberry port. With any luck, the judges will have a good flight of blackberry ports, for that will help us understand this wine and figure out the difference between a medal winner and an also-ran.

Some fruit wineries already have begun to win awards in the handful of significant competitions that accept these wines. Forbidden Fruit Winery and Elephant Island Orchard Wines, for example, have an impressive number of medals. But most of their peers, perhaps from not competing, lack their profile. Perhaps the BC Wine Awards will bring a few more into the spotlight.

This fall’s Okanagan Wine Festival, which runs from September 30 to October 10, appears to one of the largest in the 30-year history of the festival. This year’s guide to events is 60 pages long. If you can’t find one in a local wine store or winery, it is also on line at www.thewinefestivals.com.

The medal winners wine reception, which you can taste the award winners, is on the afternoon of October 8 in the Penticton Convention Centre. Tickets are $45. As well, the grand finale consumer tastings are that evening and the next evening, also in the convention centre. Tickets are $57.
Posted by JohnSchreiner at Goodgrog at 3:10 PM

Great news John, I look forward to it. I am glad to hear you will be judging, but have you ever considered having your own award? I am quite serious, a John Schreiner award for excellence would be a prize equivalent to a Lt. Gov.'s award in my opinion. There are few with your experience and expertise as well as your seemingly limitless energy and motivation!
George Phiniotis

That is a flattering suggestion, George, but it is perhaps more than my ego needs.