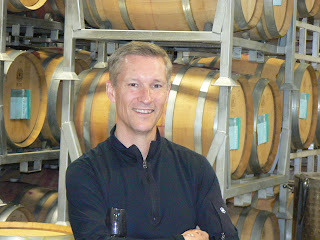 Ten wineries emerged as winners in this year’s competition for the Lieutenant Governor’s Awards for Excellence in British Columbia Wines.

Seventy-one wineries submitted 281 wines for one of the toughest of British Columbia’s wine competitions. A maximum of 12 awards are available. This year, 11 awards will be presented to winemakers at the end of July by Lieutenant Government Stephen Point, with award ceremonies at each winery.

This competition was inaugurated in 2003 by the previous Lieutenant Governor, Iona Campagnolo, and is recognized as one of the most prestigious competitions for British Columbia wines.

Here are this year’s winners:

Desert Hills Estate Winery for its 2009 Gamay Noir ($19.90). This winery was opened in 2003 by twin brothers, Randy and Jessie Toor and their families. This is a previous winner of an LG Award (for 2004 Syrah). The winery, on Black Sage Road, has a portfolio that includes Chardonnay, Pinot Gris and Gewürztraminer among the white, and Merlot, Cabernet Sauvignon, Mirage (a Bordeaux blend), Syrah, Malbec and Zinfandel. 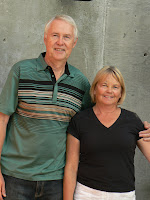 Foxtrot Vineyards for its 2007 Pinot Noir ($55). A specialist in Pinot Noir and Chardonnay, this Naramata Bench winery, owned by Torsten and Kicki Allander, began making Pinot Noir in the 2004 vintage. Because the production is small, the wines seldom appear in retail stores. The winery sells directly to private customers and restaurants. The winery has no public tasting room. This is its first LG Award. 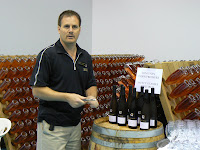 Gray Monk Estate Vineyards for its 2007 Odyssey White Brut ($26.99 – but on sale currently at $24.99). One of the original estate wineries, Gray Monk got serious about making sparkling wine after small lots made for winery anniversaries were very well received. This wine is a blend of Riesling and Chardonnay, bottle-fermented and left on the lees for 16 months. The winery also makes an excellent Rosé Brut. Roger Wong takes the lead role in making bubble.

Inniskillin Okanagan Vineyards for its 2007 Discovery Series Sangiovese ($29.99.) This is the signature grape of Tuscany and it does not travel especially well. However, there are two solid Sangiovese wines made in the Okanagan. To make this one, Inniskillin Okanagan winemaker Sandor Mayer gets grapes from Vincor’s nearby Bear Cub Vineyard. The best place to find this wine is at the winery’s own shop. Only 100 cases were made and only a few remain in the wine shop. This winery has won three LG Awards at two previous competitions.

Painted Rock Estate Winery, which just opened last fall on a vineyard below the Skaha Climbing Bluffs, won two awards: for its 2007 Red Icon ($55), a Bordeaux blend, and for its 2007 Cabernet Sauvignon ($40 but sold out at the winery). Owned by John Skinner, a former Vancouver investment advisor, Painted Rock’s business plan is to make ultra-premium wines. Its wines are in some private wine stores, in many restaurants and at the wine shop at the vineyard.


Pentâge Winery for its 2009 Gewürztraminer ($17.50). This is the first LG Award for Paul Gardner and Julie Rennie's small winery, located not far north of Painted Rock, on what is coming to be called the Skaha Bench. This slightly off-dry wine is available from the winery, which sells most of its long portfolio directly over the internet.

Poplar Grove Winery for its 2007 Syrah ($30). This winery is a comparatively recent producer of Syrah, having previous made its reputation with Merlot, Cabernet Franc and premium red called Legacy. Ian Sutherland, one the founders, is the winemaker. The wines can be found in private wine stores and at the wine shop on Naramata Road. The winery also sells over its web site. 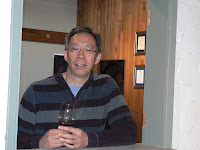 Sandhill Wines for its 2007 Single Block Merlot ($35). Sandhill and winemaker Howard Soon are repeat winners of LG Awards. The winery produces superb wines under both its Small Lots program and for its general list. This is a Small Lot wine … and good luck finding it. Only 119 cases were made. 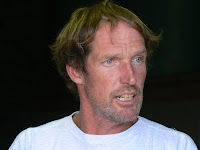 Van Westen Vineyards for its 2008 Vino Grigio ($18.90). A first-time winner, this is family winery on the Naramata Bench with a rising reputation. Winemaker Rob Van Westen gives all of the wines beginning with V. The wines are sold in VQA and private wine stores. This wine, a Pinot Gris, may be hard to find because only 333 cases were made.
Posted by JohnSchreiner at Goodgrog at 4:15 PM