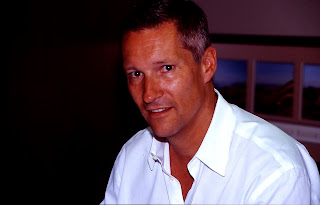 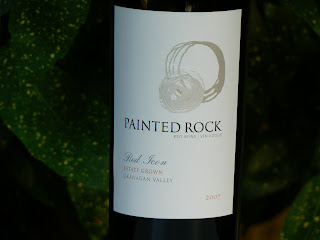 It did not take long for Painted Rock Estate Winery to create a buzz after owner John Skinner began selling its first wines in September, a mere month after he retired from his previous career as an investment dealer.

By early October, a number of top Vancouver and Whistler restaurants either had Painted Rock on their wine lists or were about to add them. That always works as a placement strategy for a new winery with a super-premium focus because patrons of high-end restaurants also have wine cellars at home and can afford aggressively-priced wines.

Whatever those consumers are buying for their cellars, there’s a good chance they’ll make room for some Painted Rock after tasting the wines. These are right up there with the other trophy wines from British Columbia.

“I don’t come to this with a pedigree,” John says of the wine business. “I come to it with a passion.”

The son of a Canadian Forces fighter pilot, he was born in 1958 on a Manitoba military base. “I moved 20 times by the time I was 20,” he says. He was working his way through college with a job in a lumber mill when he noted that a friend who had become a stock broker was much more prosperous. So he quit university, becoming a broker as well.

During his years as a broker, he developed a taste for wine that became a desire to have a winery. He had started looking at French vineyards when, about 2001, he noted the dramatic improvement in Okanagan wines and began looking closer to home. He thinks he made 25 to 30 trips to the Okanagan, looking for vineyard sites and sometimes looking at wineries for sale.

The available wineries, he concluded, “all had hair on them.” He decided to start from scratch. “I just didn’t want to fix something.”

He found his vineyard site in 2004. It is on a bench on the east side of Skaha Lake south of Penticton, backing up against the famed climbing bluffs. Once an apricot farm, it had been fallow for 17 years. He planted in 2005 and 2006 and now has roughly 25 acres under vine, all of it Bordeaux reds or Syrah except for a block of Chardonnay. On the advice of consultants, he has planted multiple clones of every variety, giving his winemaker good blending options.

The first vintage, 2007, was made at the Poplar Grove winery by a team that included Poplar Grove proprietor Ian Sutherland and his assistant winemaker at the time, Gavin Miller; and Frank Gigliotti, the owner of Vancouver’s California Cult Classics.

In 2008, when the wines were made at Stag’s Hollow, Gavin Miller became Painted Rock’s winemaker. He is making the 2009 vintage at Painted Rock’s recently completed winery.

Painted Rock also retained French consultant Alain Sutre (who works with Osoyoos Larose and Burrowing Owl in the Okanagan, along with clients elsewhere in the world). Alain, who comes about five times a year, has brought a lot of sage advice regarding the vineyard and the winery equipment. Most important, Alain had a major role in blending Red Icon, Painted Rock’s flagship wine.

John hasn’t cut any corners here. The winery equipment is state of the art. The barrels are all new French oak. The labels were designed by one of the leading designers in Napa. The winery’s name, by the way, is inspired by pictographs on the property.

The winery’s initial release is about 750 cases each of Red Icon and Merlot, 800 cases of Syrah, 320 cases of Cabernet Sauvignon and (from 2008) 175 cases of Chardonnay. John’s target for full production is about 5,000 cases a year.

These are the debut wines.

Painted Rock 2007 Red Icon ($55). Alain Sutre started to build this blend on a base of Petit Verdot. The final blend is 33% Cabernet Franc, 20% Petit Verdot, 16% Cabernet Sauvignon, 16% Merlot and 15% Malbec. This is a radical blend among Okanagan Meritage wines, most of which are built on Merlot or Cabernet Sauvignon. However, thinking out of the box produced a delicious wine. It begins with spectacularly lifted aromas of black currants, plums, blackberry, vanilla, mocha. All of these elements follow through to the taste. The long, ripe tannins contribute to the wine’s elegance and power and ageability. 92-94.

Painted Rock 2007 Cabernet Sauvignon ($40). Svelte and polished in texture, this wine has aromas of spicy berries and red liquorice. On the palate, there are flavours of black currants, black cherries, and chocolate. The ripe tannins give the wine a good backbone for aging. 90.

Painted Rock 2007 Merlot ($40). Dark in hue, this wine begins with appealing aromas of red fruit, leading to flavours of plums, black cherries and mocha. The oak is fairly bold, with notes of vanilla on the nose and palate, and the structure of the wine is firm. This will cellar well. 88-90.

Painted Rock 2007 Syrah ($40). Also dark in hue, this wine announces itself with aromas of sweet fruit and pepper. Full-bodied, it has earthy flavours of plums and cherries, with both pepper and classic gamy notes. 89-91

Painted Rock 2008 Chardonnay ($30). This is an elegant premium Chardonnay aged in new French oak (like all of Painted Rock’s wines). The toasty and vanilla notes are very subtle, with the fruit – crisp, bright citrus flavours – being showcased. The bright acidity guarantees the wine will develop very nicely over several more years. 90-92
Posted by JohnSchreiner at Goodgrog at 11:12 AM

I hear the guys in the Know are buying it uop for the cellars. If you want it go get ASAP