Cellared in Canada controversy blows up 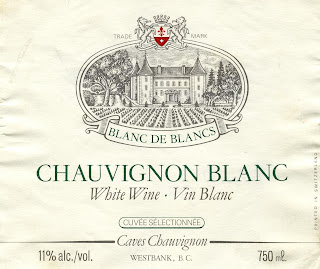 The latest controversy over so-called Cellared in Canada wines seems to be heading toward a resolution that is in the interest of proponents of genuine Canadian wines.

Tine will tell, given the wine industry’s long history of importing either fresh grapes or finished bulk wines. Let me provide some perspective.

The recent controversy was triggered this summer by British wine writer Jancis Robinson, one of the world’s most influential wine writers. She was in the Okanagan for the first time in several years, tasted a selection of top British Columbia wines and was hosted at dinner by Vincor Canada, a leading bottler both of quality Canadian wines and cellared in Canada wines.

In subsequent columns on her website and in The Financial Times, Robinson scolded the Canadian wine industry, not for the first time, for its Cellared in Canada wines.

“I know I keep going on about this … but I think it is doing a disservice to real Canadian wine and its reputation abroad to continue this misleading practice,” she wrote. She argued that the big Canadian wineries “mislead” consumers by releasing wines made largely or entirely with blends of imported wines – and not making this clear on the labels.

Her criticism was picked up by other media, including The Vancouver Sun in a scathing September 18 article suggesting consumers were being “deceived” by the Cellared in Canada wines. The Sun followed that up with several more articles while the CBC aired the issue nationally.

Yesterday, the presidents of Vincor and Andrew Peller Ltd. met with the editorial board of The Sun and promised to resolve the issue with much more transparent labels.

“There has never been any intention on any part of our companies to mislead consumers,” John Peller told The Sun. “We will take immediate steps to rectify and clarify the confusion because there never has been any intention on our parts to deceive.” Vincor president Eric Morham was quoted saying much the same thing.

The Canadian industry has a long history of importing grapes, concentrates or wine. In the 1920s, Ontario wineries imported grapes from New York because they were short of home-grown grapes.

When winery expansion began in British Columbia after the war, a shortage of grapes led the government to sanction the use of imported grapes, provided that the wineries supported vineyard development here. André’s Wines, as Peller was then known, opened in 1961 with wines made from California fruit; at the same time, André’s planted the first vineyard in the Similkameen Valley.

In the 1970s, regional development grants fostered substantial wineries in Quebec even though there were no vineyards at all. Some of those wineries imported Italian grapes while others imported concentrates. The wines were shocklingly mediocre and most of those wineries failed.

Canadian wineries in the 1970s faced the daunting challenge of making the European-style wines (that consumers here were demanding) with grapes that either were ill-suited for European wines or were not grown well enough to make good wines at all. In both Ontario and BC, the grape marketing boards could force wineries to buy nearly all the grapes, however poor they were.

To survive, the wineries did two things:

1. They imported California or Washington grapes or bulk wines from the United States or elsewhere, releasing wines (sometimes blended with domestic wines) that better suited the changing consumer palate.

2. They created families of pseudo-labels to associate the domestic wines with the image and style of Europe. The labels pictured above are typical. Such labels were the complete antithesis of transparency. However, some were so successful – like Calona’s Schloss Laderheim – that they still sell. The pseudo-label wines undoubtedly kept Canadian wineries in business.

Unlike today, Canadian wine could get no respect. In 1983, when I was completing a booked called The World of Canadian Wine, I chanced to meet Hugh Johnson in Vancouver. He was then the most influential British wine writer. I offered him a look at the galleys of the book and he was not remotely interested. I can’t say that I blamed him.

Canadian wines began to turn the corner in the late 1980s. Mediocre grape varieties were pulled out; vineyards were replanted with quality French vines. And the Vintners’ Quality Alliance program was launched in Ontario and BC. The VQA wines must be made with grapes grown in Canada.

In the past decade, thanks to far better grape growing and winemaking, the VQA have achieved world class quality. For the first time in history, Canadian wines are taken seriously.

1. Generally, they can’t produce VQA wines cheaply enough to meet the consumer demand for $7-$8 wines. Bulk wines from, say, the vast vineyards of Argentina, are cheap and good enough.

2. The profits from the Cellared in Canada wines support the investment that the large commercial wineries have made in developing the vineyards and the wineries needed to make high-quality VQA wines.

You see that in liquor stores where both wines are sold in the “Canadian” section. There are wines labelled Jackson-Triggs or Peller Estates in both the VQA aisles and the non-VQA aisles. Mission Hill has discontinued Caves Chauvignon or Schloss Weinberg but has created such labels as Sonora Ranch and Wild Horse Canyon for its Cellared in Canada offerings.

Many consumers (even some liquor store employees) don’t know the difference.

I would suggest many consumers don’t care either. They continue to buy Toscano Bianco, Hochtaler, Schloss Laderheim and Domaine D’Or, and no doubt enjoy the products. The fact is that the big wineries cannot afford to walk away from Cellared in Canada wines, however much those of us in the wine writing community would prefer a pure focus on Grown in Canada wines.

Now the big wineries have promised to put more information on labels about the origin of the wines and get rid of the lookalike labels that have been less than honest. That is a positive step forward. Thank you, Jancis Robinson.
Posted by JohnSchreiner at Goodgrog at 12:55 PM

John -- Before Jancis, there was Pinkus, as in Michael Pinkus of the Ontario Wine Review www.ontariowinereview.com. He's the one who had the story on Esprit being touted as a VQA wine, and then put out as a Cellared in Canada wine. Only after he blew their switch-and-bait did they reluctantly announce the change back. Pinkus did a good job in shaming them. Read all about it through searching his website for "Esprit"

Dean -- Congratulations to Michael. The two Esprit labels were drawn to my attention in August by a very outraged VQA store owner in Kelowna. Apparently, the staff too some heat from customers who thought the store was gouging them with a higher price on Esprit than in other wine stores - not realizing that the cheaper Esprit was not 100% British Columbia wine. It took a sharp consumer to see the difference, since the VQA Appellation on the authentic Canadian wine was in a type face smaller than The Globe & Mail.

John -- How widespread is the "Cellared in Canada" practice? I understand some of the big wineries are engaged, but what about the 100 + smaller wineries in the Okanagan?

The only wineries bottling imported wines or juice in British Columbia are those with commercial licenses: Calona; Artisan Wine Co. (Mission Hill and associated labels); Vincor (Jackson-Triggs, Inniskillin); Isabella and perhaps one or two others. The majority of wineries have land-based licenses and are not allowed to use imported wine even if they wanted to.