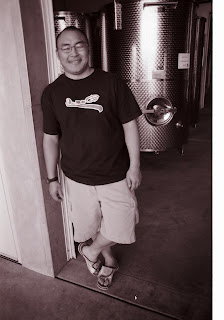 Screw caps and juicy-tasting wines: is there a relation?

Several years ago, Blasted Church Vineyards switched entirely to bottling all of its wines under screw cap.

This was done because the winery’s owners and their winemakers agreed on the importance of avoiding the issue of cork taint. Only a small percentage of wines ever develop that mustiness that is called “corked” but those wines reflect poorly on everything a winery releases.

Screw cap closures, while not without problems of their own, at least eliminate cork taint. But more importantly, they are better at preserving the exuberant fruity aromas and flavours of young wines. A year or two later, when those bottles are opened, the aromas and flavours are still fresh and attractive.

I believe the closure is one reason why the 2006 Blasted Church Syrah just won a Lieutenant-Governor’s Award for Excellence. I tasted the wine at the winery this spring. Then as a member of the judging panel in the LG Awards, I tasted it blind. My notes were similar and my score exactly the same (88). The wine is medium-bodied for a Syrah but it wins with lovely aromas of cloves and cinnamon and pepper, nicely preserved by the closure.

Recently, I have tasted several new releases from Blasted Church. All show the benefit of their closure, to say nothing of good winemaking.

This winery, located near Okanagan Falls, has had more than its share of winemaker turnover. The original winemaker was replaced when Chris and Evelyn Campbell, in 2002, bought what was then a two-year-old winery. Their first winemaker, Frank Supernak, died that fall in a tragic accident.

Kelly Moss, formerly a winemaker at Calona Vineyards, joined Blasted Church to do the 2005 and 2006 vintages before moving back to her Ontario hometown to raise a young family.

The 2007 vintage was done by Australian-trained Richard Kanazawa, a one-time cellar hand at Domaine de Chaberton and then winemaker at Red Rooster. He looks like a keeper, if only because he revels in working at a winery that grows nearly all of its own grapes. It is an ideal situation when the winemaker can ask the vineyard manager for the kind of favours that permit him to make good wine.

For example, Blasted Church grows both Chardonnay and Chardonnay Musqué. Often, the two clones mingle together in the vineyard. Richard gets away with asking that the Musqué clone be picked separately so that, in the winery, its spicy personality is not diluted by the broader flavours of the other Chardonnay.

Blasted Church 2007 Chardonnay Musqué ($17.99) is crisp and fresh, with aromas that ran from floral to spicy to cantaloupe and with clean melon flavours and a dry finish. 88

Among the winery’s other current releases:

Blasted Church 2007 Pinot Gris ($19.99) is another fruit-driven wine, with pear and banana aromas and flavours of pears, apples and melons. The finish is persistent. 88

Blasted Church 2007 Hatfield’s Fuse ($16.99) is a tropical fruit bomb, a blend of Chardonnay, Ehrenfelser, Optima, Pinot Gris, Pinot Blanc and Riesling. There are flours and aromas of bananas, guava, melons, pineapple and tangerine. It is rich on the palate but finishes crisply. 90

Blasted Church 2007 Gewürztraminer ($16.99). This a wine that goes for elegance rather than the oily power that some Gewürztraminers show. The aromas are floral (rose petals and spice) and the flavours recall grapefruit. The wine is lively, refreshing and dry on the finish. 89

Blasted Church 2007 The Dam Flood ($18.99). This is a blend of 60% Lemberger and 40% Merlot, if only because consumers won’t buy Lemberger varietals. In any event, the blend is better than the straight varietal. This is a dark, peppery red with flavours of red currants, cherries and raspberry. The wine’s rustic personality makes it an excellent barbecue red. 86

Blasted Church 2006 Cabernet Merlot ($25.99). This is 79% Cabernet Sauvignon, 21% Merlot and it shows a bit of the herbaceousness and firmness of the Cabernet. With decanting, the wine opens to show flavours of currants and plums. 87

Blasted Church 2006 Merlot ($25.99). I tasted this wine in the spring and again recently and noted a superb bottle development occurring. The wine is lusciously seductive in texture, with aromas and flavours of blueberries, blackberries, cherries and plums. The wine has good weight on the palate. It also develops in the glass, with the result that my point score climbed from 88 to 90 as the wine was being enjoyed with a meal.

In every wine, I believe that the closure did a brilliant job at retaining the fundamental flavours and aromas of the grapes that Richard and Kelly captured in the winery.

goodgrog@shaw.ca
Posted by JohnSchreiner at Goodgrog at 9:31 PM

John,
I agree with your comments re: screw caps. A note of caution to air travelers. I recently had a bottle of Road 13 Merlot leak into my luggage. Not good! The screw cap was loose. It was probably caused by air pressure changes &/or baggage handling. I suggest checking same when packing to ensure they are tight. I have also had other screw caps travel successfully.
Cheers,
Bill McCreery, Vancouver