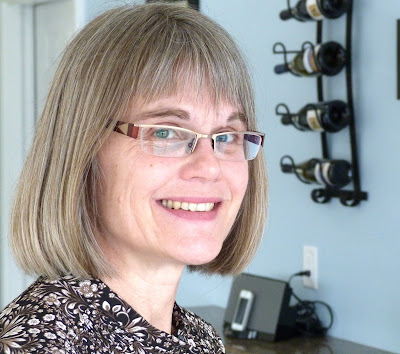 On Wednesday, Savard Vines, an Okanagan winery that opened last year, launched a Valentine’s Day promotion for its wines, offering a discount and free shipping anywhere in Canada.

Lori Savard, who owns the winery with her husband, Michael, was about hit send on the email when she learned that Alberta announced an immediate ban on wines from British Columbia. The ban retaliates against the latest intervention by the British Columbia government against the proposed Kinder Morgan pipeline expansion.

The Alberta ban applies both to wholesale shipments of wine routed through Alberta’s liquor control agency, and to direct to consumer shipments.

“It is our understanding,” Lori wrote, “that shipments will be allowed into Alberta for another week or so. For our many Alberta customers, hopefully this will end soon.”
The irony of Savard Vines being caught up in this outrageous bans that Michael Savard is an Edmonton physician and Lori formerly was a nurse in that city. The couple certainly have friends supporting their winery. The winery might not even have had time to develop a following in British Columbia.

The last thing this winery needs at this juncture is to be the victim of a totally unfair ban. Nor should the entire British Columbia wine industry be made victims of a dispute in which it is not involved. British Columbia vintners have been totally blind-sided by Alberta premier Rachel Notley.

There are now about 325 wineries in British Columbia. I would guess that at least a third have been active in the Alberta market. The BC Wine Institute reports that the retail value of BC wine sold to Alberta is $160 million. Some wineries will be taking a big hit.

Consider the various ways this will damage the industry.

·        The direct loss of sales to liquor retailers and restaurants. If 11% of BC wine is sold to Alberta and individual wineries lose more or less that volume, they will feel the pain.
One of the first wineries to feel the impact is Harry McWatters’s Time Winery in Penticton. Time signed a contract last fall to produce wines exclusively for the Calgary Flames organization. The wines are sold at various sporting events. As much of a third of Time’s volume was directed to this channel, which the Alberta government is now closing.
·       Most wineries have thriving wine clubs. The lose of the ability to ship directly to members in Alberta will hollow out wine club membership by Albertans. According to the BC Wine Institute: “A recent poll conducted by the Canada Vintners’ Association indicates that 85 per cent of Albertans support interprovincial direct-to-customer wine shipping.”

It might be an idea for the numerous Albertans in the BC wine industry to have a word with Premium Notley. Dennis O’Rourke, an Edmonton businessman who made a fortune building oil sands related projects, has poured a fortune into O’Rourke Family Vineyards in Lake Country and a sister winery, called The Chase.

Or there is Drew MacIntyre, the Calgary-based Vice Chair of Investment Banking at TD Securities. He and his wife also own Lake Breeze Vineyards (and they have a luxury home on the vineyard).

Former Albertans are scattered throughout the BC wine industry, including the owners of Baillie-Grohman in Creston, and Noble Ridge Vineyards and Meyer Family Vineyards at Okanagan Falls.

It is no accident that Alberta is the second largest market for BC wines. The industry has plenty of Albertans; and many consumers of BC wines are Albertans with time share condos in the Okanagan or at various BC ski resorts.

The ban of BC wines is triggered by the fact that the oil from the Alberta oil sands needs access to markets in addition to the United States. The producers have been frustrated, so far, in efforts to get access by way of pipelines to other markets and Premier Notley has not had much success of getting them that access.

The federal government killed the Enbridge proposed pipeline to the north coast by a proposed ban on tankers off the coast.

The BC government’s recent announcement of a study on oil spill response threatens to delay Kinder Morgan, even though there have been studies that satisfied the National Energy Board. The wine boycott is Premier Notley’s reaction to the BC government’s delaying tactic.

I get her anger. I do not get her taking it out on the wine industry. The wineries have never taken positions on pipelines. Their business is making ever better wine. To the best of my knowledge, not a single Okanagan vintner has been beating drums or getting chained to bulldozers near the Kinder Morgan tank farm in Burnaby.

Rachel Notley also is not being consistent by lashing out on only some of the jurisdictions getting in Alberta’s way.

The Energy East pipeline would have taken Alberta oil to refineries in New Brunswick. That project was killed by Quebec governments. Did Premier Notley retaliate? Not so you would notice. I believe that you can still but Oka cheese and Quebec maple syrup in Alberta grocery stores.

It could be very difficult to end this burgeoning trade war.

If Premier John Horgan even modifies the BC government’s opposition to Kinder Morgan, he would blow up his fragile government because his Green Party support would evaporate.

If Premier Notley modifies her position, the opposition in the coming Alberta election will have a field day.

She probably will not win that election, but the news might not get better for the wine industry. The likely winner will be Jason Kenney, who fully supports taking out the trade dispute on utterly innocent bystanders, the wineries of BC. Very fine BC wines are being reduced to political road kill.

Posted by JohnSchreiner at Goodgrog at 12:20 PM