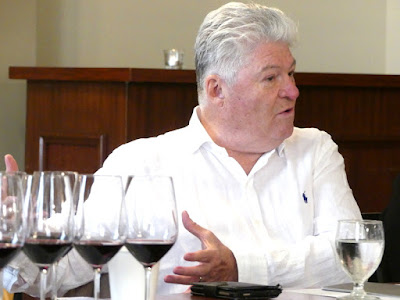 The new 2013 Hypothesis, the flagship red from Culmina Family Estate Winery, is the best of the three vintages released to date from the winery.

One almost would doubt that on hearing the long view taken by Donald Triggs, one of the winery’s owner.

The Triggs family – Don, wife Elaine and daughter Sara – recently previewed Hypothesis 2013 to the trade. It was benchmarked against earlier vintages of Hypothesis as well as half a dozen international wines. The wine held its own.

Don was asked whether Culmina had achieved its objective with this wine. “We are on the trail and we will find out if we are there in about 20 years,” he said.

It is not a flip answer. The Culmina project, which from the outset has been about raising the bar in the Okanagan, is a long-term venture of necessity. The Triggs family only began planting its Golden Mile vineyards in 2007 and made the winery’s first vintages in 2011.

“When we started the project, Alain Sutre was one of our advisors at the time,” Don says. “He said three things to me that I have not forgotten. One: ‘I don’t think we have found the real potential of the Okanagan yet.’ Two: ‘you are really going to have to understand your terroir.’ Three: ‘you have to be very, very, very patient’.” Hence, the 20-year horizon.

The Culmina portfolio includes both white a red varietal wines but Hypothesis has been a blend of Bordeaux grape varieties from the beginning.

“Why a blend versus a single varietal?” Don asks rhetorically. “Fundamentally, my passion was rooted in the fact that the harmony of the blend creates more complexity in the wine. To me, the blend creates that complexity that has a beginning, a middle and an end. Each of the varieties contribute to that process. That was the first vision we really had.”

The first three vintages of Hypothesis are blends of Merlot, Cabernet Sauvignon and Cabernet Franc, the varieties planted earliest at Culmina. Subsequently, Malbec and Petit Verdot have been planted. The 2015 vintage of Hypothesis will include all five the Bordeaux reds in the vineyard.

Obviously, Hypothesis is a work in progress. Don attributes the more generous texture of the 2013 compared to the earlier two vintages to – at least in part – the increasing maturity of the vines. “It is still a young vineyard,” he says.

Even if the direction of Hypothesis is being established, there will be significant tweaks to the style as the Triggs family and their winemakers come to understand what the vineyard can give them. 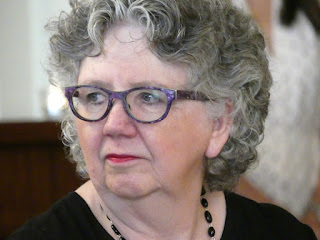 “We had a meeting with Sara and [winemaker] Jean-Marc Enixon recently, discussing the style of wine and where we want to go,” Elaine Triggs says (right). “For me, I want a beautiful bouquet; I want a sense of fruit and style; the expression of our terroir and land; wine that is well-structured and well-balanced; wine that has fine tannins but is not overly tannic, so it is perhaps a little bit softer than what our younger wines were, I think. We would like to move that, but not too much, so we would still have a wine that has the ability to age.”

“We are probably taking an evolution,” Don says. “As the vines mature more, we will back off some of the tannins and try to find finer tannins; try to find tannins that are more approachable when they are young, so that we don’t have to wait quite as long.  We are exploring things. To say that we have a defined style right now … it is going to take time. Maybe in 20 years, we will say we are really happy with our vineyard and its style.”

Followers of Culmina’s wines likely will want to come along for the ride, given what the winery has been releasing. Here are notes on two wines.

One is a Riesling, part of Culmina’s number series. This is the third in a series of special small lot wines designed to explore, and showcase, the terroir and the evolving understanding of the vineyards.

Culmina No. 003 En Coteaux Riesling 2016 ($35). This is an intense later harvest Riesling. The grapes were picked on November 18, 2016, at a ripeness of 29 Brix, and were fermented in stainless steel. The opulent wine has 37 grams of residual sugar balanced with 6.48 grams of acidity. The wine begins with aromas of lime and stone fruit leading to a rich palate, with flavours of apple mingled with lime. The finish is exceptionally persistent. 92.

Culmina Hypothesis 2013 ($46 for 1,500 cases). This is 38% Merlot, 36% Cabernet Franc and 26% Cabernet Sauvignon. It has been aged 16 months in French oak barrels (60% new, 40% one-year old). The wine begins with a powerful aroma of berries (blackberry, cherry, mulberry) and vanilla, leading to flavours of dark fruits (black cherry and plum). The tannins are long and fine and the finish lingers. This is a wine of power (14% alcohol) but also with elegant harmony. 94.

Posted by JohnSchreiner at Goodgrog at 11:44 PM