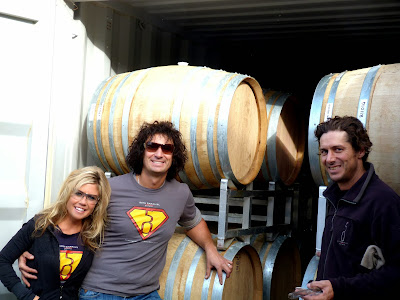 With a remarkable number of wineries still opening or being developed in (more than 260 are licensed), the new entrants will need to be good to succeed.

Of those which opened tasting rooms or came to market in 2013 with a significant number of wines, six stand out and several  others bear watching.

50th Parallel Estate Winery. Every wine I tasted there scored 90 points or better and most of the wines went on to win awards at numerous wine competitions. For the most part, the wines were from young vines and were made in something of a Rube Goldberg facility – but by skilled winemaker from named Adrian Baker.

When moved in mid-2013 to develop a neighbouring winery project, Grant Stanley, who had made exceptional wines for a decade at Quails’ Gate, became a partner in 50th Parallel, joining founders Curtis Krouzel and Sheri-Lee Turner, an enthusiastic young couple from . With a new winery being built for the 2014 crush, the wine quality here has nowhere to go but up.

50th Parallel is at Carr’s Landing in , about half an hour’s drive south of .  What makes this northerly location work is the vineyard: the long slope down toward has a sun-bathed southwestern exposure. And the vineyard has been intelligently planted with varieties that will ripen this far north.

Pinot Noir comprise the largest blocks in the vineyard, followed by Pinot Gris, Riesling, Gewürztraminer and Chardonnay. The 2011 Pinot Noir, one of the releases this spring, is a lovely feminine expression of the variety, with strawberry and cherry flavours and with a silky texture. I scored it 90 points, with potential to add a point or two with bottle aging.

I have tasted the 2012 Pinot Noir twice from barrels. Reflecting the vintage, it is deeper in flavour and richer in texture. The winery will be releasing 1,400 cases next year. It is a wine not to be missed – along with the rest of the portfolio.

Tightrope Winery. This Naramata Bench winery has no tasting room yet and is not planning one for a year or two. The wines that Tightrope released this year are made under the license of Ruby Blues Winery. Winemaker Lyndsay O’Rourke, who launched Tightrope with her viticulturist husband, Graham, (right) is the winemaker at Ruby Blues.


Now in their early 40s, the O’Rourkes developed an appreciation of wines while working in Whistler restaurants. They moved to the Okanagan in 2003, took some Okanagan College courses in winemaking and grape growing until realizing that, to get really serious a
bout it, they had to take full-time courses. Both went to in . On returning, Graham joined Mission Hill’s viticultural team and Lyndsay joined Ruby Blues.

They bought their 10-acre property in 2007 when they returned from . Seven acres has been planted with Pinot Gris, Riesling, Viognier, Pinot Noir and Merlot, along with small blocks of Cabernet Franc and Barbera. The first production was 900 cases from the 2012 vintage.

I was able to taste four of the debut releases – Pinot Gris, Riesling, Viognier and Rosé. I scored all 90 except for the Viognier, which got 91. It is a strong start from a confident and well-trained couple.

Maverick Winery. This winery, located on Highway 97 midway between Oliver and Osoyoos, expects to open a tasting room in the spring. Plans to do this year were delayed by a highway realignment. However, the winery has an agent in and got wines in the market in 2013. All are 90 points or better.

Maverick is owned by winemaker Bertus Albertyn (left), his father-in-law, Schalk De Witt and their spouses. Bertus and Schalk are both South Africans. Schalk came to in 1990 to practise medicine, buying property in the Okanagan in 2006 with vineyards in mind.

Bertus came to in 2009 after marrying Elzaan De Witt who had followed her father into medicine and who has  since established her own Okanagan practise. No father-in-law with vineyard land could have been luckier than Schalk to have a son-in-law like Bertus, a graduate in winemaking and viticulture from the top university in .

In the Okanagan, Bertus was the winemaker at Burrowing Owl Estate Winery, making four vintages before leaving this summer to concentrate fully on Maverick. The winery has eight acres under vine and 12 to 15 acres to be planted next door to the Osoyoos Larose vineyard.

The Highway 97 vineyard is planted with is planted to Pinot Noir, , Sauvignon Blanc and a little Chardonnay. The varieties planned for the other property include Chenin Blanc.

The wine style emerging here is quite distinctive. The whites in particular are built to aged five to seven years. Bertus is making his Pinot Gris in the mold of Chenin Blanc with bold flavours and crisp acidity. His white blend, Origin, is a delicious and intriguing blend of Sauvignon Blanc and Gewürztraminer. His outstanding red blend, called Rubicon, is Syrah and Cabernet Franc. Maverick even has a Syrah port, a 92 point wine that is rich and spicy. 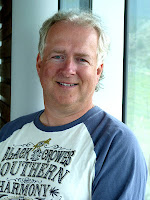 Sages Hills Vineyard and Winery. This Summerland producer has no tasting room yet; its debut wines were made at the nearby Okanagan Crushpad Winery by Tom DiBello, a consultant who was there in 2012.

The 2013 crush was made in a building at the Sage Hills property, suggesting that a tasting room will follow in 2014. The winemaker this fall – Tom having succeeded Bertus at Burrowing Owl – was Danny Hattingh, a young South African who also makes the wines for Saxon Estate Winery.

Sages Hills is owned by Rick Thrussell, (left) a former home builder now following a long-held dream to living in the Okanagan and run a winery. His vineyard is strictly organic. However, he has not certified the vineyard because he does not think the organic standards are strict enough.

Of the three Sage Hills wines I tasted this summer, only the Gewürztraminer failed to reach 90 plus. I have it at 88. It may have been suffering bottle shock: Tom DiBello later told me it was the best Gewürztraminer he had ever made. Sage Hills still has a $45 Pinot Noir to release. I am waiting with some anticipation. 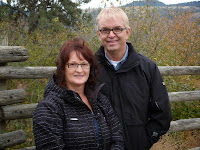 winery is owned by Ed and Vicki Collett, a longtime business couple (he runs a mining equipment company). They have a major commitment to growing grapes in a region long considered marginal because of its cold winters. Since 2008, about 29 acres have been planted, with plans for more.They came to market in 2013 with a comprehensive portfolio that included one red, a 90-point Cabernet Franc, and half a dozen whites. I have 89 to two of those but 90 or 91 to the rest. The flagship white variety here is Riesling, released in several styles from dry to late harvest.Harper’s Trail is anchoring a growing number of wineries. Privato also opened its tasting room this summer and two other producers are under development.Harper’s Trail Estate Winery.the first winery with a tasting room, which opened this summer. Harper’s Trail has been a client of Okanagan Crush Pad. The 2013 crush, however, was made in a building at the vineyard. 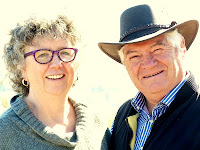 The winery is owned by Ed and Vicki Collett, a longtime business couple (he runs a mining equipment company). They have a major commitment to growing grapes in a region long considered marginal because of its cold winters. Since 2008, about 29 acres have been planted, with plans for more.
Culmina Culmina Family Estate Winery.  Donald and Elaine Triggs (left), with their daughter, Sara, opened this winery in August and released a $48 red blend called Hypothesis. I scored it 92. The rosé and the Chardonnay that were also released were solid with room for upside.

This winery is all about raising the bar, which is one reason it is called Culmina. This represents the culmination of the Triggs family’s career in wine.

Donald, who was born in 1944, has been in the Canadian wine business since 1972, with the exception of a brief excursion into managing a fertilizer company in the 1980s. His company, Vincor, had become the 14th largest wine company in the world before being taken over in 2006 by Constellation Brands. Within a few   months of that takeover, Donald and Elaine began sinking their life savings into the Culmina project on the Golden Mile.

“Retirement to me is a nasty word because it implies stopping,” Donald says. “I don’t think life is about stopping. It is about continuing and doing what you love.”

Their savings have been invested in 50 acres of vines planted on three mountainside benches. They have added a state of the art winery. For their winemaker, they recruited the talented Pascal Madevon, formerly the winemaker at Osoyoos Larose Winery and have backed him up with top flight consultants. With no money or effort being spared here, we can expect more great wines from Culmina.

Their savings have been invested into 50 acres of impeccably developed vineyards and a state of the art winery. They managed to lure the very talented winemaker and viticulturist Pascal Madevon from Osoyoos Larose. It is safe to product that Culmina will soon produce a family of must-have wines.

Other new producers the showed promise right out of the gate in 2013 included Lariana Cellars at Osoyoos, which debuted with a 95 point Viognier; Corcelletes Estate Winery at Cawston, where winemaker Charlie Baessler is being coached by Maverick’s Bertus Albertyn; Bonamici Cellars, the venture of winemaker Philip Soo and partner Mario Rodi, with débuted with two 90-point blends; and Seven Directions, the tiny rosé specialist of winemaker Daniel Bontorin.

Finally, there was C.C. Jentsch Cellars, which opened in September with three 90 point wines and one 89 pointer. It seems to me there remains potential here to be unlocked and I expect that to happen now that winery has a cellar of its own and a cellar hand/winemaker with experience at two other top wineries.

Posted by JohnSchreiner at Goodgrog at 2:44 PM