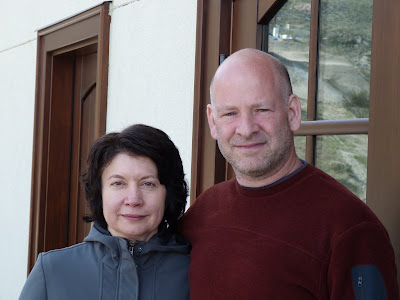 In what may be the most contentious name change yet among Okanagan wineries, Twisted Tree Vineyards & Winery of Osoyoos has become Moon Curser Vineyards.

The new labels, designed by New York artist Andrea Dezsö, will be unforgettable and, to some consumers, unsettling because the illustrations have the feel of, well, illustrations for Halloween.

For those who take the time to get over the labels, the wines are superb.

Proprietors Chris and Beata Tolley opened this winery in 2006. They called it Twisted Tree, inspired by the gnarled old fruit trees that were on the six-acre property. The irony is that every tree had to be removed to plant vines in 2005.

The wines have had a good critical reception from the start. However, the Tolleys decided on a name change for several reasons.

Second, the Tolleys came to the conclusion that Twisted Tree was too bland to really establish a connection with consumers. “It was not the strongest brand presence out there,” Beata suggests.

When they began searching for a new name last year, they consulted widely, including with a California designer of traditional labels. “We liked their work but at the end of the day, we felt we wanted something a little more radical, a little more dynamic,” Beata says.

And that led them to Bernie Hadley-Beauregard, the Vancouver designer behind the labels and brands at Blasted Church Vineyards, Dirty Laundry Winery, 8th Generation Winery (and many others).

“None of Bernie’s names are names that are easily accepted by one and all, which is where his strength lies, frankly,” Beata says. “These are sit up and pay attention names, which is ultimately what you want for your wine. We make wines that are unusual because of the varietals that we grow. We wanted a name that would highlight that. A name like Moon Curser is a little bit unusual but it seemed like a really good fit.”

The name emerged from research into the colourful history of Osoyoos. During a gold rush in the 1860s-1870s, miners working claims in the hills beyond Osoyoos tried to avoid duty when they took their gold into the United States. That meant smuggling it across the border at night. On bright moonlit nights, they cursed the moon which made it hard to evade border agents.

Both the new name and the labels are quite singular and not likely to be confused with any other. “I like the idea,” Beata says. “There is a lot of drama in cursing at the moon.”

Here are my notes on the wines that are just being released. 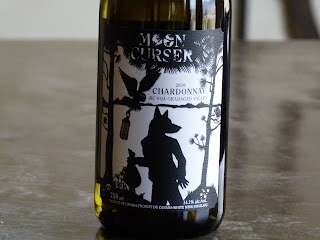 Chardonnay 2010 ($22). Only 60 cases were made with grapes from a one-acre vineyard owned by legendary grower Martin Plut on the west side of Lake Osoyoos. The Muscat clone gives floral and spice notes to the wine, along with citrus and apple flavours. The wine has the elegance of Chablis with a little more weight. 88. 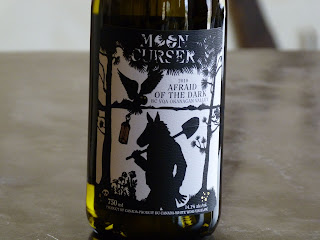 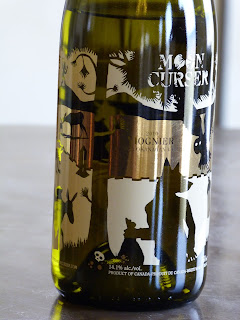 Viognier 2010 ($28). The winery made 122 cases of this expressive unoaked white, handling the grapes gently so as not to extract bitterness inherent in the skins of this varietal. The aroma recalls a basket of tropical fruits with a touch of spice. The wine has good weight, with flavours of apricots and papaya. 91. 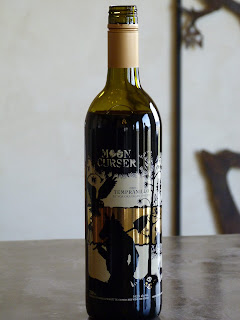 Tempranillo 2009 ($29). This winery is one only a handful in the Okanagan with this Spanish grape varietal in its vineyard. Some 276 cases of this wine was made. The wine begins with aromas of cherry and vanilla, continuing to flavours of plum, cherry, dark chocolate, tobacco and spice. 91. 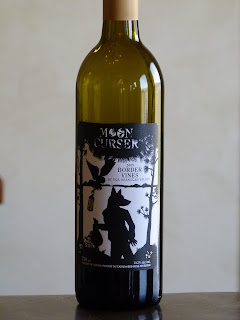 Border Vines 2009 ($25). This is the new name for what the winery used to call Six Vines – because it includes all six Bordeaux varietals. The blend is Cabernet Sauvignon (29%), Malbec (23%), Carmenère (23%), Cabernet Franc (4%) and Petit Verdot (1%). Production was 1,325 cases. It is a bold red, beginning with aromas of blueberries and cassis and with generous fruity flavours. The finish has a hint of spice and pepper, probably the contribution of the Carmenère. 92. 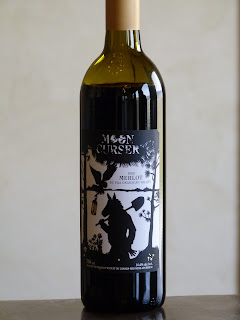 Merlot 2009 ($25). Production was 271 cases of this plump, generous wine. It begins with aromas of red fruit. On the palate, there are flavours of plums, black currants, roasted nuts, vanilla and chocolate. 91. 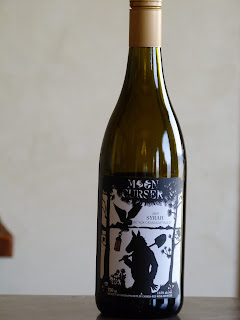 Syrah 2009 ($25). The winery, with grapes from three Osoyoos vineyards, made 466 cases of big, generous Syrah. The wine begins with gamey, spiced meat, black cherry and violet aromas. On the palate, there are flavours of black cherry, fig and chocolate with a lingering peppery finish. 92. 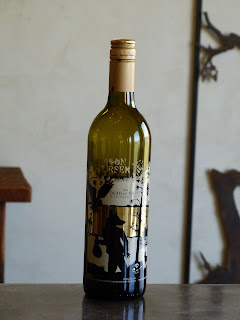 Dead of Night 2009 ($38). With a production of 340 cases, this is a unique (for the Okanagan) blend of equal parts of Tannat and Syrah. Moon Curser may be the only winery in Canada growing Tannat, an old French variety that can make big, black and muscular wines. This blend is also black and muscular, with intense concentration. There are aromas of blackberry and cherry, with flavours of red currants, plums, black cherry and chocolate. The wine comes in a bottle with a vivid, even scary, silkscreened label. Get over it. This is a delicious blend. 92.
Posted by JohnSchreiner at Goodgrog at 2:49 PM