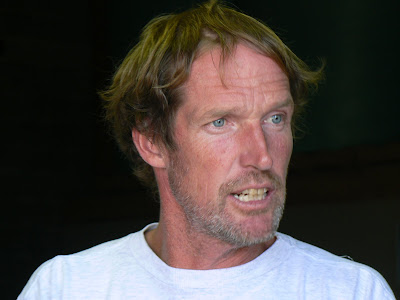 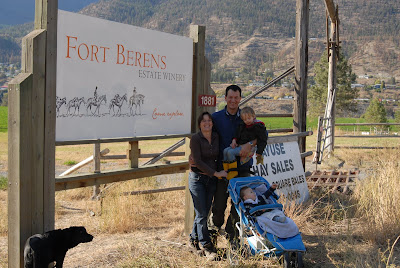 This is my column in the current issue of the Deep Cove Crier, reproduced here for your interest.

That brings to seven the number of wineries run by individuals of Dutch heritage, with a possible eighth in the wings.

While there is a melting pot of many nationalities in our wine industry, this column zeroes in just on the remarkable Dutch collection.

This winery, which will open its tasting room next spring, is on a hillside east of Kelowna International Airport. Ancient Hills is owned by Richard and Jitske Kamphuys (rhymes with compass). He is a graduate of the famous Erasmus University but he never practised economics. The couple came to Canada in 1992 to take up a rural lifestyle on an Okanagan apple orchard.

In 2005 they tore out the trees, replacing over several years with 27,000 vines (Baco Noir, Pinot Gris, Gewürztraminer, Lemberger, Zweigelt and Pinot Noir). The first crush in 2009 was done in an attractive new winery, designed by architect Robert Mackenzie.

The winery is in one of the Okanagan’s most historic vineyard areas. In the 1930s, Hungarian-born Eugene and Virgil Rittich pioneered the Okanagan’s first serious trials with vinifera grapes not far from Ancient Hills. The orchardists who previously owned the Ancient Hills property planted vines in 1944 after being encouraged by the Rittich brothers. A hard winter five years later killed most of the vines although 40 unidentified vines remain on the property. The current owners have uncovered a fair bit of the history.

Celista Vineyards (2319 Beguelin Road, Celista, BC, V0E 1L0. Tel:
(250) 955-8600.) This Shuswap vineyard may be a few years away from opening a winery. However, owner Jake Ootes (rhymes with Otis) had another Shuswap winery make wine from his grapes this fall, allowing him to see what his vineyard delivers before investing in a winery.

Jake was born in Holland in 1942 and came to Canada with his parents when he was eight. He has had a remarkable career that included being an assistant to the commission of the Northwest Territories, publishing newspapers and magazines in the north, and going into politics. He was the NWT’s minister of education before retiring and, with his wife Margaret, moving to a lovely farm on the north side of Shuswap Lake and planting vines.

If you go, telephone first. Alfred, who bright his family to Canada in 1979, is returning to Europe and the winery has been for sale during the past year. The future for this winery remains uncertain.

The owners are Rolf de Bruin and his wife, Heleen Pannekoek, who emigrated to Canada last year with two young children. The couple met at the University of Groningen where both studied business and economics. She had a 15-year career with ING Bank and he was a successful management consultant.

About five years ago, they made a lifestyle decision to leave the corporate fast track. Having vacation in British Columbia several times and being interested in wine, they chose to develop a winery here. They were getting discouraged at the price of vineyard land in the Okanagan when they learned of the grape growing trials on the banks of the Fraser River spearheaded by the former mayor of Lillooet. Late last year, Rolf and Heleen leased (with an option to buy) farm property. This spring they planted 20 acres of vines. They’ve opened with purchased Okanagan wine and they began making wine in 2009 with Okanagan grapes.

Sonoran Estate Winery (5716 Gartrell Road, Summerland, BC V0H 1Z7. Tel: (250) 494-9323. This winery was opened in 2004 by the Smits family, who came to Canada in 1981 and came to the Okanagan in 2000, initially running a bed and breakfast. Son Adrian, the winemaker, and his wife Sarah, are Sonoran’s public face. This winery has a good restaurant attached to its tasting room.

Van Westen Vineyards (2800B Aikens Loop, Naramata, B.C. V0H 1N0. Tel: (250)496-0067. The Van Westen family has grown tree fruits near Naramata since coming to Canada in the 1950s. The winery, which opened in 2005, is run by Robert Van Westen (one of the sons) and his wife Tammy. The tasting room, in a corner of an old packing house, is only open occasionally. It is worth phoning for an appointment because Rob’s wines are among the best in British Columbia.

Posted by JohnSchreiner at Goodgrog at 11:17 AM