The Stonewell Shiraz is collectible and affordable 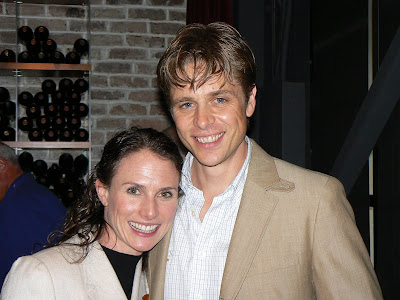 
During the past five years, the price of Grange, Australia’s most iconic red wine has gone into orbit, well beyond reach for all but the wealthiest of wine collectors.

Enthusiasts have been collecting Grange, which was first made in 1951, for almost half a century. It cellars so well that Penfolds, in the fifth edition of The Rewards of Patience, reported that most vintages are still alive. The 2001 vintage can be cellared to 2040.

If only it were affordable!

There is good news, however. Not every collectible Shiraz from Australia comes with a prohibitive price. There is, for example, Peter Lehmann Stonewell Shiraz. The 2002 vintage in this market sells for about $82 a bottle. It is also a stiff price but not so high as to deter laying a few down each year.

A recent Vancouver tasting, hosted by winemaker Phil Lehmann and his wife, Sara, show just how well the wine cellars. Every available vintage of Stonewell was tasted including the first, 1987. The first few vintages have faded slightly but still are sound enough to enjoy. Every vintage of the 1990s was delightful and had lots of life left.

Based in the Barossa Valley, the Peter Lehmann winery now is owned by The Hess Group of Switzerland but continues to be run by Peter Lehmann and his sons (Phil is one).

In the 1970s, Peter was working for Saltram Estates winery, one of the oldest of Barossa wineries. In the late 1970s, a glut of red wine on the Australian market led to a decision by Saltrams not to make any red for a few years. Peter’s role included grower relations. He was ordered to tell growers that Saltrams would not be buying their grapes.

Instead, he gathered a few friends and some money, bought the grapes and began making wine for his own winery, which was built in 1980. Needing cash flow, the winery sold most of its production in bulk for several years.

Then in 1987 Peter and his chief winemaker, Andrew Wigan, decided to make what the Australians call a “show” red – a wine to win competitions. Stonewell was born.

The winery makes a range of Shiraz wines. For Stonewell, it cherry picks the best old-vines Shiraz from the best of the 185 growers that supply the winery. The growers whose grapes make it into Stonewell are honoured by the winery’s own hall of fame. One of the three growers who supplied fruit for the 1987 Stonewell was named Ralph Schrapel. His grapes have been in 12 vintages including the 2002. Perhaps he has now retired because his name has not appeared since. But what a run!

The first two vintages of Stonewell fared well enough on the show circuit but the reputation of the wine was sealed when the 1989 Stonewell won the Jimmy Watson Trophy, the most prestigious trophy on the Australian circuit.

The irony is that the trophy always goes to one-year-old red. I can report that the 1989 Stonewell, while perhaps past its prime, still tastes very good. It has mellowed to become soft and charming, with aromas and flavours recalling plum jam.

Perhaps the three stars of this 20-vintage vertical were the Stonewells from 1996 (huge, almost porty), 1998 (elegantly showing cassis, plums and liquorice) and the 2000 (exceptionally complex). These are wines from three of Australia’s finest recent vintages.

The 2002, which is on the market now, shows the triumph of good grape growing and winemaking in a cool vintage. The wine has good, earthy concentration; the aromas and flavours are still developing. The winery’s own notes suggest that this is an “amazing wine that has a very strong case to be considered the best Stonewell do date.”

Hopefully, the liquor board and Stonewell’s agents here will bring in succeeding vintages so that collectors can lay down these amazing wines. I thought that the 2004 and 2005 Stonewells are every bit as good as 2002, if not more so.

On another note, the Peter Lehmann winery has recently begun packaging its wine in lighter bottles. Working with its bottle supplier, it has reduced the weight of its proprietary bottle by 15% and is now doing the same with its other bottles. The lighter bottles are just as strong as the previous ones.

As a result, the winery will be shipping 800 tonnes less glass around the world each year and that, according to the winery, translates into an annual reduction in carbon dioxide emissions from transportation of about 200 tonnes. Every bit counts.
Posted by JohnSchreiner at Goodgrog at 11:47 AM