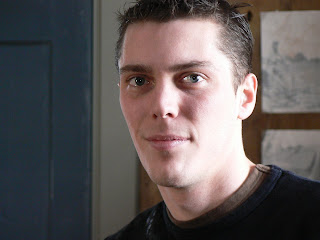 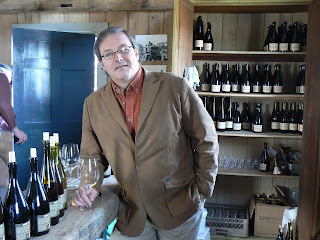 Consider the story of the Woodruff House in the village of St. David’s, the home of Ravine Vineyard Estate Winery, one of the most exciting among Ontario’s new wineries.

The house was built in 1802 by a settler named William Woodruff. It was destroyed during the War of 1812 when the American army burned the entire village in 1814. Woodruff rebuilt it in 1815 and his family lived there into the early 1900s. Then the 3,500-square foot building was subdivided into rooms that were rented to immigrants over the next 60 or so years. Accordingly, the villagers called it The House of Nations.

At that point, the life of the house took a strange turn. New owners dismantled it and moved the pieces to the Ontario village of Caledon. They never got around to rebuilding it. Instead, the house, always in pieces (including bricks and hearth), was resold and moved several more times.

In 2003 Blair and Norma Jean Harber, the developers (with their sons) of Ravine Vineyard, took over the farm which included the original Woodruff House site. The farm had been in Norma Jean’s family, the Lowery family, since 1867. The Lowery family planted some of the very first vineyards near St. David’s in 1869.

(The Lowery family, five generations in Canada, currently has a 60-acre vineyard in the St. David’s Bench appellation. Wes Lowery, the family’s rising young winemaking star, is launching a winery of his own.)

In the early part of this decade, real estate developers were threatening to put housing on land including the Woodruff House site, taking advantage of its great views over vineyards.

The Harbers wrestled it away from development when, in 2005, they planted a 25-acre vineyard. This is one of the finest vineyard sites near Niagara on the Lake. It occupies one of the few significant slopes in the area and the soils, the shoreline of an ancient lake, are more complex than elsewhere on the St. David’s Bench.

Norma Jean had the inspiration to Google “Woodruff House” and, to everyone’s surprise, learned the house still existed and still was in pieces. The Harbers bought it. Workmen have just finished putting it back together again, about 1,000 meters from its original site. Finished with original or reclaimed materials for the most part (the tasting bar is 200-year-old cherry wood), the Woodruff House now serves as the tasting room and part of the winery for Ravine Vineyards.

There’s more history! Apparently, William Lyon Mackenzie hid in the house during the 1837 rebellion, escaping from a second-floor window. On another occasion, an artist peripherally associated with The Group of Seven painted a picture of the house. The Harbers now own the canvass and intend to display it the building.

The Harber side of the family has made its money through a 60-year-old company in Fort Erie called Harber Manufacturing Ltd. Today, it makes sheet metals products, including bodies for racing cars, and high-tech filtration systems. In the past, it has built boats.

“My grandfather started the company by inventing folding lawn chairs,” says Paul Harber, a fledging chef who is one of Blair and Norma Jean’s sons.

While his brother Alex is studying viticulture, Paul is in Europe to hone his culinary skills. Ravine’s long-term plans call for a fine dining restaurant next to the winery. Already, a lively on-site bistro operated by the renowned culinary team of Michael and Anna Olsen is crowded most days of the week with a local clientele, many of them employed by nearby wineries.

Even with all this history and culinary excellence, the wines steal the show. The Harbers retained consultant Peter Gamble as Ravine’s winemaker. Since beginning his wine industry career more than 25 years ago, Gamble has launched several leading wineries in Ontario. Currently, he also has clients in Nova Scotia, British Columbia and Britain and, with wife Ann Sperling, has an emerging winery in Argentina.

The philosophy at Ravine is premium, with only three of the 16 wines on the current list selling for less than $20 a bottle, and with the reserves selling for $55. However, the quality is there across the range.

By coincidence, the Riesling in this vineyard was planted near a small creek. Gamble was delighted to discover that the creek creates the conditions here for botrytis. As a result, he makes luscious, honeyed off-dry Rieslings with moderate alcohol. The 2007 Ravine Riesling ($28, 94 points) is an exceptional wine, showing a core of honey and fruit.

The 2007 Ravine Chardonnay Reserve ($38, 92 points) is classically Burgundian, with aromas of toast, hazelnut and marmalade, leading to rich, buttery citrus flavours. The regular 2007 Chardonnay ($24, 88 points), made with purchased grapes, has a fleshy texture and citrus flavours with spice on the finish.

The 2007 Redcoat ($19, 87 points) is a blend of Cabernet Sauvignon, Merlot and Cabernet Franc. Gamble made it specifically as a soft, early-drinking red for Olsen bistro and for anywhere else that wine and food are paired.

Ravine’s 2007 Meritage ($24, 88) is a similar blend led by Cabernet Franc. It is fuller and firmer, with generous notes of plum and black currant. It is structured to benefit from cellaring.

It is worth noting that the 2007 vintage in the Niagara wine region was one of the best ever – a dry, hot season that produced ripe, healthy grapes with tons of flavour. It shows in the Ravine wines.

The winery also offers a 2007 Reserve Merlot ($55, 93), an intense, concentrated wine with flavours of black cherry and cassis framed with good oak. This is a wine capable of aging 10 to 15 years.

Ravine’s 2007 Cabernet Sauvignon ($37, 91+) shows how well this late-ripening variety did in that superb vintage. This fine-textured, concentrated wine is packed with ripe red berry flavours. The wine will be released this summer.

Also being released this summer is the winery’s tour de force, the Ravine 2007 Reserve Red ($55, 91+). No tasting notes were yet available but the wine clearly is another blend of Bordeaux varietals. It is an intense, chewy wine, tasting of prunes, chocolate, tobacco and finishing with an intriguing earthy note.

Across the board, the wines – even from a hot year like 2007 – have moderate levels of alcohol, usually under 13%, but they all taste completely ripe. Gamble attributes that to the vineyard. “What I love about this property is the great expression of flavour at lower [alcohol] numbers,” he says.

Kudos to the Harbers for keeping the property in agriculture.


Posted by JohnSchreiner at Goodgrog at 1:13 PM