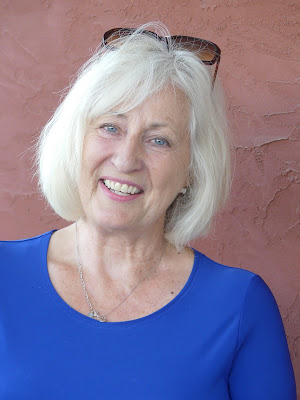 A new Okanagan producer, Mayhem Wines Inc., was launched in late October under the license of Meyer Family Vineyards of Okanagan Falls.

So far, most of the public tastings have been in various Penticton wine stores or at the Meyer tasting room. I was able to taste the wines in September and they are first-rate.

Terry is the sister of JAK Meyer (below) who, with wife Janice Stevens, operates the Meyer winery at the Okanagan Falls vineyard he purchased in 2008. He asked his sister and Andrew, her partner, to help develop his winery and they quickly became involved with their own project. Anarchist produced about 500 cases a year (Chardonnay and Pinot Noir) under a custom crush arrangement with Meyer. 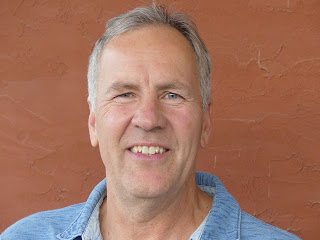 Last summer, JAK and Janice initiated a formal winery partnership with Terry and Andrew to launch Mayhem. The business model allows Mayhem [ex- Anarchist] to grow its wine production while eliminating its former varietal overlap with Meyer. With the exception of a modest volume of Gewürztraminer, Meyer’s 8,500 cases of annual production are Pinot Noir and Chardonnay.

Meyer now takes all of the Chardonnay (three acres) and Pinot Noir (half an acre) in the Anarchist vineyard, leaving an acre of Merlot for Mayhem. As well, Mayhem is free to source other varietals, to grow its production and sales.

“This gives us some room if opportunity comes up,” Terry says. “For example, if somebody had a couple of tons of Riesling for sale, we can take advantage of that. We have got contract vineyards. We have Merlot from the Meyer property and Merlot from Anarchist, so we will always have those. We have Pinot Gris under contract.”

“We are very opportunistic,” Terry says of production plans for Mayhem. “The leading varietal would be Merlot; and when possible, a Merlot/Cabernet Franc blend. And then aromatic dry whites. We have Pinot Gris, Sauvignon Blanc and Pinot Blanc from 2017.”

In the 2018 vintage, Mayhem made most of the same varietals, along with Gewürztraminer, Riesling and a rosé.”

Like the Anarchist wines before them, the Mayhem wines are made at Meyer Family Vineyards, at least for the time being.

Last year, JAK bought a small vineyard in Kaleden with three acres of Pinot Noir. “There is a good space there and a good location for traffic,” JAK says. “That could be the future home for Mayhem, if it makes sense to go that route.”

Mayhem has its own wine maker, Simone Ardiel, who shares the Meyer winery with Chris Carson, Meyer’s long-time winemaker. “It works out well that we have two winemakers here,” JAK says. “It gives us that ability to keep things separate but to have the economies of sharing.” 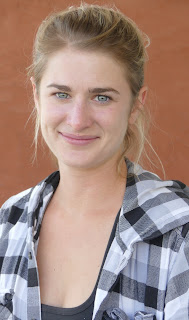 “I am from Ontario,” says Simone (right), who has been at Meyer since June 2017. “I graduated from Niagara College. I spent two years at Tawse Winery and then I did a harvest for Clos Jordanne [which has since closed]. Then I went vintage hopping.” She has done vintages in New Zealand, Australia, Oregon and Burgundy, as well as the 2014 harvest at Meyer. Before returning to Meyer, she also worked with Bench 1775 Winery near Naramata.

The partners had to some up with a new winery name after they discovered that  - unknown to them – someone else already had trademarked Anarchist. The search for synonyms eventually led to Mayhem.

“Mayhem just seemed to ring a chord with everybody,” Terry says. “We knew we wanted something that reflected us personally. We are totally in that mayhem profile. Out of mayhem comes opportunity. We’re flexible. If the market says all it wants to drink is orange wine, we can say let’s do orange wine.”

Perhaps orange wine is not a good example, since neither the winemaker nor the owners are fond of that style. “We actually have to kind of like it ourselves,” Terry says. “We are always going to be terroir driven, clean, fresh, quality-focussed wines. But there is that fun element as well. Mayhem was a great descriptor for how it could go down.”

The Mayhem wines, notably the whites, has been released at lower price points than the Meyer wines, another differentiation between the brands. However, Mayhem over-delivers.

“We wanted wines that would be served in restaurants and hospitality,” Terry says. “So they are really well priced. If the bottle came out on the table, people would say this is fun; and that the wine would pair well with food.”

Mayhem Pinot Blanc 2017 ($18). The winemaking here does justice to an underappreciated varietal. The wine has aromas and flavours of citrus and apple, with good weight on the palate and refreshing crispness on the finish. 91.

Mayhem Pinot Gris 2017 ($18). The majority of this wine was fermented in stainless steel; a minor portion was fermented in neutral oak barrels and added for texture and complexity. The wine has aromas and flavours of pear and citrus. The finish is crisp and refreshing. 90.

Mayhem Sauvignon Blanc ($18). The wine begins with herbal aromas mingled with lime. It is crisp and fresh on the palate, with an appealing core of lime and other tropical fruit flavours. 91.

Mayhem Merlot Cabernet Franc 2015 ($26). This is a blend of 67% Merlot, 33% Cabernet Franc. It is a juicy, appealing red, with aromas and flavours of black cherry and blackberry and with long ripe tannins. 91.

Mayhem Cabernet Franc 2015 ($30). This wine has the classic brambly aromas of flavours of the varietal, notably blackberry and black cherry. The wine is full on the palate. There is a lingering note of chocolate on the finish. 91.


Posted by JohnSchreiner at Goodgrog at 3:31 PM