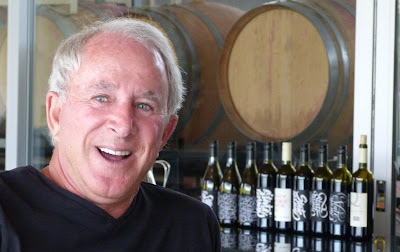 Quintessential, the flagship red wine from Church & State Vineyards, has finished in the top three in all but one of the BC Iconic Reds tastings since 2013.

Here is an easy prediction: Quintessential will not win at the 2018 tasting. The reason:  Church & State is renaming the wine. The 2014 vintage to be released next spring will be called Coup D’Etat. I have recently tasted that vintage and I have another easy prediction: it will also place near the top at the 2018 BC Red Icons tasting.

Church & State is the winery on Black Sage Road run by Kim Pullen, his son, John, and their families. It has a satellite winery in the Saanich Peninsula, opened in 2002 as Victoria Estate Winery. When VEW failed, Kim took it over in 2004 and renamed it. Several years later, the main winery was relocated to the south Okanagan, close to the vineyards supplying its fruit. Over the past decade, Church & State has acquired significant Okanagan vineyards and has built an elegant tasting room on Ryegrass Road, south of Oliver.

Kim recalls that he struggled for months to come up with a name for the flagship winery before his teenage daughter suggested Quintessential.

So why change the name now?

“We decided to change the name as a way to reintroduce the wine, and to go into its second decade with a new mission and identity,” says John Pullen, who looks after marketing for the winery. “We're making huge strides in the vineyard, and by the end of 2013 we were entirely estate-grown, so changing the name and the label to start a new chapter with the blend seemed to fit where our heads were at, going into 2014.”

There is probably more to the name change than that. Consumers will have noticed that a major redesign of Church & State labels is taking place. This is one of those Okanagan wineries that retains the services of Bernie Hadley-Beauregard and his Brandever design studio in Vancouver. Bernie has a penchant of shaking things up to keep his clients’ labels fresh.

The Lost Inhibitions wines are well made, accessible wines. The prices are consumer-friendly without being lowball. The Pullens understand the longer-term success of the wine depends on what is in the bottle, should the novelty of the labels begin to wear off.

The labels are certainly not for your Aunt Elda’s church group. Just some examples: “Wish I had more middle fingers” or “All out of fu*ks to give” or “I swear I won’t text my ex.” At the winery tasting room and in wine stores, consumers tend to paw through the bottles for labels that resonate to their needs. Curiously, women prefer the lewd labels.

You can imagine that the Pullens paid attention when Bernie suggested the Church & State labels needed to be refreshed.

But whether the wines are Lost Inhibitions or Church & State, they deliver. Here are notes on some current releases.

Church & State Pinot Gris 2016 ($20 for 675 cases). This is made with grapes grown in the winery’s Saanich vineyard. The wine is crisp and refreshing, with aromas and flavours of lime and green apple. 91.

Church & State Trebella 2016 ($25). One of the Okanagan’s finest white Rhone blends, this is a blend of 62% Roussanne, 28% Marsanne and 10% Viognier. It begins with aromas of pineapple and honey, leading to stone fruit flavours. 91.

Church & State Chardonnay 2015 ($27). This is an elegant Chardonnay, with bright citrus aromas and flavours in the starring role, subtly framed by oak. 90.

Lost Inhibitions Red 2016 ($22). This is a blend of Merlot, Cabernet Sauvignon, Cabernet Franc, Malbec and Petit Verdot. Delicious and approachable, the wine has aromas of black cherry and blackberry and flavours of black cherry, plum and mocha. 90.

Church & State Syrah 2014 ($35). The wine is made with grapes from on Black Sage Road, one of best Syrah terroirs. The wine has the classic meaty, smoky aromas of the variety. It delivers flavours of black cherry, figs, deli meats and black pepper on a rich, full-bodied palate. 91.

Church & State Merlot 2014 ($35). The appeal begins with sweet berry aromas of cassis and blueberry. On the palate, there are flavours of black currant and black cherry. The texture is full but the wine also has some grip, suggesting good ageability.  92.

Church &State Cabernet Franc 2015 ($35). This variety is a rising star in the South Okanagan, appealing for its intense aromas of blackberry and black cherry. These are echoed on the palate, along with notes of chocolate. The long, ripe tannins give the wine some heft. 93.

Church & State Malbec 2014 ($35). The wine has the classic perfumed floral aromas of the varietal. The wine is dense and dark on the palate with flavours of black currant and with as spine of minerality. 92.

Church & State Quintessential 2013 ($55 for 477 cases). This is a blend of Merlot, Cabernet Franc, Petit Verdot, Cabernet Sauvignon and Malbec, aged 22 months in French oak (30% new). It has aromas and flavours of black cherry and black currant. The texture is juicy but also elegantly polished. 93.

Church & State Coup D’Etat 2014 ($55). This is a blend of Merlot, Cabernet Franc, Cabernet Sauvignon, Petit Verdot and Malbec. Even months from its release, the wine has the plush, juicy texture that made Quintessential such a winner. There are aromas of cassis, blueberry and plum, echoed boldly on the palate. The harmony is exceptional, with nothing out of place. 95.


Posted by JohnSchreiner at Goodgrog at 1:19 PM