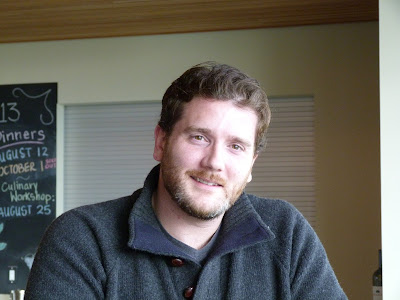 Major changes at Road 13 Vineyards in 2016 foreshadow exciting wines from this Golden Mile winery, adding to the stunning wines already being produced.

First, the winery has made a significant shift in grape sources, selling its Black Sage Road vineyard while acquiring a 50% interest in the Blind Creek Vineyard in the Similkameen Valley. 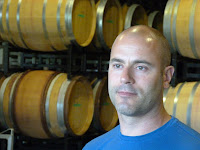 The swing to Similkameen fruit began several vintages ago. J-M Bouchard (right), the Road 13 winemaker until mid-2016, had become a passionate advocate of the wines he was making from Blind Creek grapes.

Winery owners Mick and Pam Luckhurst, along with son Joe, now the winery’s general manager, are equally passionate about the vineyard. “Any winemaker we have walked through there has agreed it is probably the best vineyard they have seen in Canada,” Joe says. “The red varieties are amazing.”

Blind Creek, about 100 acres in size, by developed by two Penticton businessmen, Larry Lund and Ron Bell. Planting began there about 2005. There briefly were plans for a winery there. When that was shelved, the grapes were sold to a number of wineries. The resulting wines have helped establish the vineyard’s reputation.

Apparently, Road 13’s purchase agreement also gives Road 13 some control in the sale of fruit to other wineries. “We want the fruit to make the best possible wines,” Joe says. “With certain competitors, we don’t want them to get the fruit.” 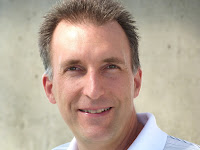 Born in Thunder Bay in 1971, Jeff (left) got a master’s in chemistry and started his career in plastics and polymer research. He went to Australia on vacation and ended up working for a company developing synthetic closures for wine. His exposure to Australian wines led him to him to the University of Adelaide and a degree in winemaking. He returned to Canada in 2006, where he did three vintages at Burrowing Owl Winery before joining Church & State.

At Church & State, he overlapped with Bill Dyer, the legendary Napa consultant who had launched Burrowing Owl wines and then helped Church & State find its feet when the winery moved from Victoria to the south Okanagan.
“After seven years, it was time for new challenges,” Jeff explained in an email to me last summer. “J-M has done some tremendous work, taking Road 13 to it's current heights and I look forward to continuing on with that vision and adding some of my own ideas and philosophies into the mix. I'm looking forward to making sparkling wines and working with the fruit from the top vineyard in Canada, Blind Creek.  As you know, I'm a Syrah guy, and the opportunities to make different expressions of Syrah (with Grenache, Mourvedre, Malbec, Viognier) was very appealing to me.”

Jeff’s ambitions line up with Road 13’s increasing commitment to wines made with Rhône varietals. For example, in its home vineyard on the Golden Mile, the winery has replaced Pinot Noir with Roussanne vines.

“I am looking at tearing out a good chunk of the Chardonnay as well,” Joe Luckhurst says. “I am really focussing heavily towards the Rhône varietals. I believe this is where B.C. can shine. The Rhônes are going to be where we will one day rival northern Rhône but still be distinctly B.C. I think we can have that quality.”

In 2016 Road 13 also increased its volume of concrete eggs for fermenting and finishing wine, something that had been started under J-M. with the purchase of five 700-litre eggs from France. Last fall, Road 13 added a dozen 1,750-litre eggs from an Italian supplier.

“When you see the dramatic difference in quality for the Rhône varieties coming from the eggs, it is just a no-brainer,” Joe says.

Road 13 now produces about 40,000 cases a year and has found particular success in several sales channels, including grocery stores and its wine club. Last year, the winery augmented its original wine club (where members enjoyed discounts without committing to regular purchases) with a second club (where members commit to purchasing regularly and get more perks).

“We launched that in June and as of last week, we have almost 500 members,” Joe told me in mid-October. When the membership reaches 2,000, he is considering launching a third ultra-exclusive club.

“I honestly think within five years, maybe earlier, I will be mostly shutting down the tasting room,” Joe says. “Maybe I will open it a month or a month and a half a year. Other than that, we will be sold out of wine.”

J-M had begun making the super-premium wines (usually with Blind Creek grapes) that would appeal to an exclusive set of buyers. Examples are three Road 13 wines I tasted during a winery visit in October.

Road 13 Jackpot Petit Verdot 2013 ($75). This wine, typical of the variety, is very dark in colour and densely textured, with flavours of black fruit, black olives and espresso. The wine has a firm backbone of ripe tannins and minerals. 93.

Road 13 Jackpot Cabernet Sauvignon 2014 ($N/A). This wine, which has not yet been released, is made from Blind Creek fruit. The wine begins with aromas of mint and cassis, leading to flavours of cassis, black cherry dark chocolate and coffee. Sweet fruit flavours develop as the wine breathes in the glass. This wine sets a benchmark for Okanagan Cabernet Sauvignon. 95.

Road 13 Fifth Element 2012 ($49). The wine, which seems to be sold out at the winery, is a blend of 47% Merlot, 19% Syrah, 16% Cabernet Sauvignon, 9% Cabernet Franc, 5% Malbec and 4% Petit Verdot. This is Road 13’s flagship red blend, and one that Joe would like to age an extra year in bottle. This vintage was still firm. It begins with aromas of black currant and cherry. Those are echoed on the palate, along with flavours of black coffee and dark chocolate. 93.

Posted by JohnSchreiner at Goodgrog at 3:07 PM