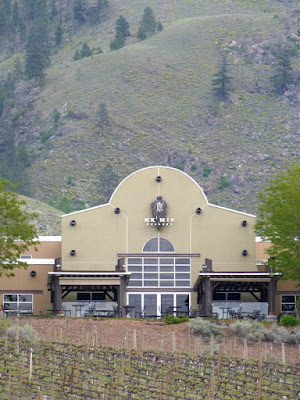 Earlier this year, Nk’Mip Cellars of Osoyoos was named the Canadian Winery of the year at the InterVin International Wine Awards, held this year in St. Catherines.

Winning major awards has become routine for this winery. The first aboriginal-owned winery in North America when it opened in 2002, its is one of the most successful businesses operated by the entrepreneurial Osoyoos Indian Band.

Three recently released reds from the superb 2014 vintage showcase the quality of the wines. The wines – a sold-out Merlot, a Cabernet Sauvignon and a Syrah – are in the winery’s Qwam Qwmt tier. The phrase means “achieving excellence” in the band’s aboriginal language. It was chosen to designate the top tier because the usual term, “reserve,” would not have been meaningful for a winery whose vineyards and operations are literally on the Osoyoos Band’s reserve.

A number of the band’s businesses are, or have been, structured as joint ventures with partners who can bring specialized expertise to the project.

The joint venture partner for Nk’Mip initially was Vincor International, with a 49% interest and an agreement to market the wines. That arrangement is still in place, although the partner today is the Ontario Teachers Pension Fund. This fall, the fund purchased the Canadian wineries originally owned by Vincor and then by Constellation Brands, which had taken over Vincor in 2006. 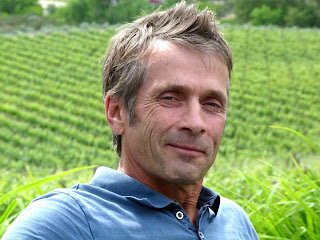 It appears that Teachers will leave the management, including the marketing staff, in place. When it comes to sales, this is a well-oiled machine that benefits Teachers and, in this instance, the Osoyoos Indian Band.

One of Vincor’s earliest decisions in 2002 was to recruit Randy Picton, (right) a late-blooming winemaker with immense talent.

Born in Yorkton, Saskatchewan, in 1958, he has a business administration diploma from Calgary’s Mount Royal College. After an industry recession derailed his first job in the purchasing department of a lumber company, Randy and his wife, Lynele, ran a Penticton campground and motel. When that business was sold, Randy spent 10 years as a tree planter. “It was extremely physically demanding work,” he recalls. “I decided I should start looking at other options.”

He enrolled in the inaugural winery assistant program at Okanagan University College in 1995. “At the time, what I knew about wine was that it was either white or red.” In April 1996, he joined CedarCreek as a cellar hand. Within five years he was the associate winemaker. On several occasions, he filled in as interim winemaker during staff changes. “We didn’t have anybody else in the cellar,” Randy recalls. “I had to go down and put my boots on and do all that, and then come up and make sure we were getting things done properly in the lab and that the paperwork was being done. It was a good learning experience.”

At CedarCreek, his mentor was winemaker Tom DiBello who handed more and more responsibility to Randy as he gained experience. Randy passed this forward at Nk’Mip by mentoring two aboriginal cellar staff, both of whom started at the bottom, like he did. Both have also flourished.

Osoyoos Indian Band member Justin Hall, now the assistant winemaker, asked Randy for a job after he completed high school. He was soon cleaning barrels and doing the other unromantic work necessary before great wines are made. As he added to his winemaking qualifications – including a diploma in enology and viticulture from Lincoln College in New Zealand - Justin was given more responsibilities in the winery.

Aaron Crey, a member of the Cheam Indian Band in the Fraser Valley, also started cleaning barrels (along with other jobs at the Spirit Ridge Resort). He has since completed the Lincoln University program and is now the cellar supervisor.

Personnel practices are just part of the explanation behind the consistency of the Nk’Mip wines. The winery sources grapes from several premium sites, including the vineyard around the winery and the legendary Inkameep Vineyards near Oliver. The latter is one the oldest, if not the oldest, vinifera planting in the Okanagan.

Combine talented winemaking, good grapes and a well-equipped winery and you should get good wines.

Here are notes on three. All of them have been aged 18 months primarily in French oak barrels.

Nk’Mip Qwam Qwmt Merlot 2014 (Sold out but likely available in restaurants and private wine stores). This begins with aromas of blackberry, black currants and vanilla, leading to bold flavours of black cherry, figs and a touch of vanilla. 92.

Nk’Mip Qwam Qwmt Cabernet Sauvignon 2014 ($30.49 plus tax). The wine begins with aromas of black currants and blueberry with a touch of spice and cedar. On the palate, there are flavours of cassis, black cherry and vanilla. The texture is polished, with long ripe tannins. This is a wine for cellaring until 2024. 91.

Nk’Mip Qwam Qwmt Syrah 2014 ($30.49 plus tax). This wine announces itself with aromas of black pepper and plum that are echoed in the complex, layered flavours of black cherry, leather and deli meat spices. The body is full and generous, with a long finish. 92.

Posted by JohnSchreiner at Goodgrog at 2:46 PM