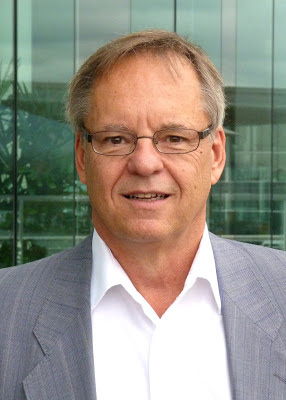 Perseus Winery & Vineyards is ’s in-town winery, with its location in a heritage house near the start of .

To handle the growing number of patrons, the winery is expanding with an 800 square foot addition that will include a bistro. It is expected to be open by June.

Perseus was launched in 2009 by three businessmen, including Larry Lund, the long-time operator of ’s famous hockey academy.

In 2011 the founders sold majority ownership to Terrabella Wineries Ltd. Run by Summerland accountant Rob Ingram, with two partners, Terrabella is an umbrella company developing wineries in four locations. Property acquisition is currently underway in for a second winery. The other two occasions have not been confirmed.

Each winery will operate under its own name, which means that the Perseus shingle will continue to hang at the winery.

The wines currently in the market have been made by two of ’s best winemakers. The winemaker for the 2009 and 2010 vintages was Lawrence Herder, a proprietor of nears Keremeos. He moonlighted as a sought-after consultant with a number of B.C. wineries while getting his own winery established. The Perseus contract helped finance his new vineyard tractor.

When he decided to wind down his consulting work, winemaking at Perseus was turned over to Tom DiBello, the former CedarCreek winemaker who now consults from his base at .

Tom’s fingerprints are all over these wines, since he would have finished the 2010 reds, still in barrel when passed him the cellar keys.

I can’t say that a style has yet emerged with the whites. Two of the whites were almost austerely dry while a third white, a Pinot Gris, was packed with fruit. I will be curious to see which Tom DiBello will d up when the 2012 whites are released.

The personality of the reds is more of a piece: the wines are generous in texture and flavour. 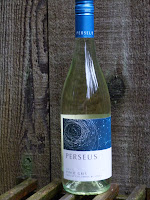 Perseus Pinot Gris 2011 ($16.90). This is the crisp and fresh style of Pinot Gris, with aromas of citrus and apple and with flavours of pineapple and peaches. The finish lingers for a long time. 90. 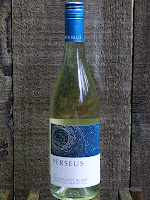 Perseus Sauvignon Blanc 2011 ($17.90). Rather austere in style, the wine begins with aromas of herbs and citrus. On the palate, there are flavours of grapefruit and grapefruit rind with herbs on the bone-dry finish. 87. 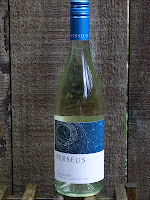 Perseus Viognier 2011 ($21.90). This is a dry, mineral-driven interpretation of the varietal, with aromas of citrus and pineapple and flavours of apricot, cardamom and pineapple. 87. 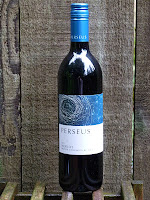 Perseus Merlot 2011 ($21.90). Here is a Merlot with an engagingly youthful character, brimming with fruit. It starts with cherry and vanilla aromas and delivers flavours of blueberry and blackberry. The tannins are ripe and fairly soft. While the price telegraphs a wine that can be cellared for the long term, I would prefer to drink it now, when it shows enthusiasm, not maturity. 88. 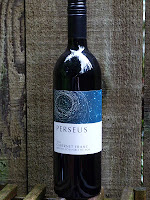 Perseus Cabernet Franc 2011 ($26.90). It is wines of this quality that explain why the star of Cabernet Franc is on a rise in the Okanagan. It is a vibrant red, with raspberry and cherry aromas and flavours and a lingering hint of red liquorice on the finish. 90. 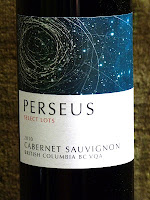 Perseus Cabernet Sauvignon 2010 Select Lots ($50). The 2010 vintage was supposedly cool but this wine came from a remarkable microclimate that produced fully ripe grapes and a wine with 15.1% alcohol. You are not aware of the alcohol because the wine has such luscious texture and flavour. It begins with aromas of mint, vanilla, red berries and oak. It has a core of vibrant, sweet fruit, with flavours of raspberry, black currant, chocolate and vanilla. The structure will support cellaring this delicious wine for another five to seven years. 91. 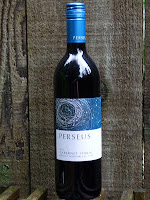 Perseus Cabernet Shiraz 2011 ($21.90). This is 44% Cabernet Sauvignon, 43% and 13% Cabernet Franc. It is a wine with an earthy, rustic appeal, beginning with blueberry, vanilla and black currant jam. On the palate, there are flavours of blackberry, black cherry and prune, with a note of pepper on the finish. 90. 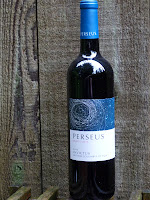 Perseus Invictus 2010 Select Lots ($32.90). This is another ripe and generous red. It is 56% Merlot, 29% Cabernet Sauvignon, 9% Petit Verdot, 4% Cabernet Franc and 2% Malbec. It begins with aromas of vanilla, oak and plums and has flavours of plums, prunes and the dark fruit flavours that reminded me of a plum pudding, perhaps because the wine is so rich in texture. 91.
Posted by JohnSchreiner at Goodgrog at 3:43 PM